Nvidia is already the top leader in the desktop graphics card segment with the title of having the fastest consumer GPUs on the planet. And at Computex 2012, Nvidia launched its new mobile GeForce GTX 680M graphics card, the fastest GPU in the laptop segment. Now we have gotten hold of the first detailed benchmarks for the new card.

Notebookcheck had also been covering Computex 2012 and had noted down the first benchmarks of the new 28 nm GTX 680M.

The test bench was an MSI GT70, a 17.3 inch monster gaming notebook powered by Intel’s Core i7 3920XM @ 2.9 GHz along with Nvidia’s GeForce GTX 680M. And the results are impressing themselves.

With PhysX disabled, the card reached a score of 21952 points on 3D Mark Vantage, similar to the AMD Radeon HD 7970M. 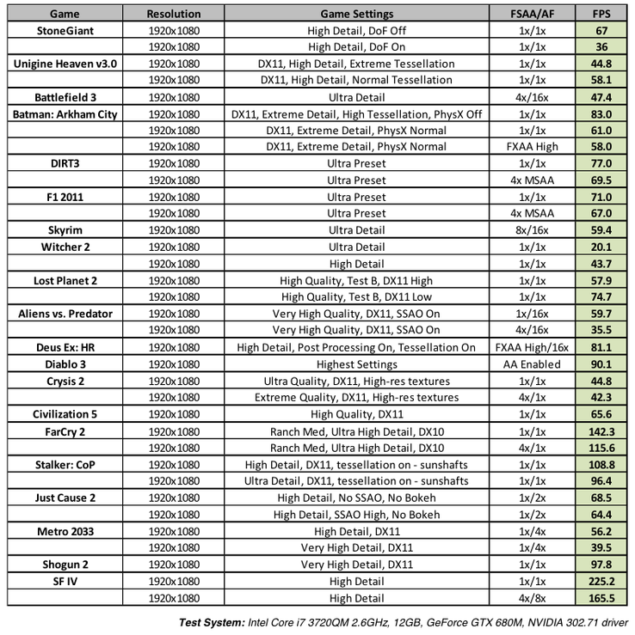