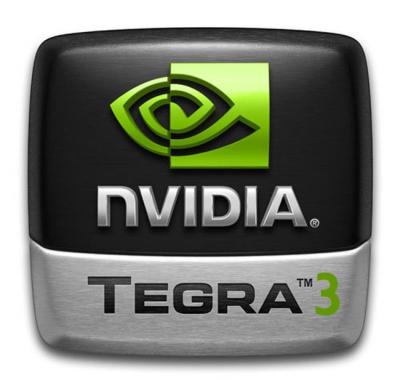 Nvidia has revealed the Benchmark Numbers of its Tegra 3 “Kal-El” which is said to hit markets this current year. The forthcoming Tegra 3 featuring a 40nm manufacturing Process, Double the number of cores and enhanced graphics core was compared to the previous gen Tegra 2 and other Dual chip rivals.

First benchmark is the widely used CPU benchmark "Linpack Multi-Thread Benchmark" which measures the system’s floating point computing power. The benchmark scales very well with the amount of cores available on the chip which made Tegra 3 outperform the rival Dual Cores by 60% with 309 MFLOPS of computing power against the 200 MFLOPS of the other chips.

Another CPU intensive mobile bennchmark "Core Mark" indicates the performance of CPU's in multithreaded applications, Current Mobile apps are starting to utilize Quad Cores already which makes this benchmark a good measurement of performance we could see with the Tegra 3 chip.

Here the Tegra 3 chip crushes the Dual Core rivals with a massive 2x Performance leap and 4x leap when compared to single core SOC's. Another Benchmark "Moonbat" which shows the web-based JavaScript  performance was demonstrated where Tegra 3 again proved 50% faster than other chips due to 2 extra ARM based Cores. If Javascript performance is actually this fast, then we could see Google's Chrome Browser on Android sooner then expected. A few other benchmarks are shown below:

Coming to the gaming performance, The 40nm Refined Graphics Core would maximize the performance in games to the next level. A few games such as glowball, Lost Planet 2 and Da Vinci were demonstrated where the Tegra 3 chip showed a 1.5% Performance increase. One thing to note is that the performance was estimated on an 10.1 inch screen which may likely had a res of 1280x800, If Nvidia performed the benchmarks on native res than the numbers are real good and the extra memory bandwidth proves well, However if Nvidia somehow lowered the res to gain better numbers then that could be a totally different scenario.

Nvidia finally detailed the Power Consumption of its Tegra 3 chip, The core while consuming lower power than the Snarpdragon QC8660 and OMAP4 performs twice as much faster then them as shown in the graph below:

The upcoming Tegra 3 chip proves a great successor to past gen chip in these benchmarks with its refined architecure and extra cores, Nvidia will also release details about memory bandwidth shortly.