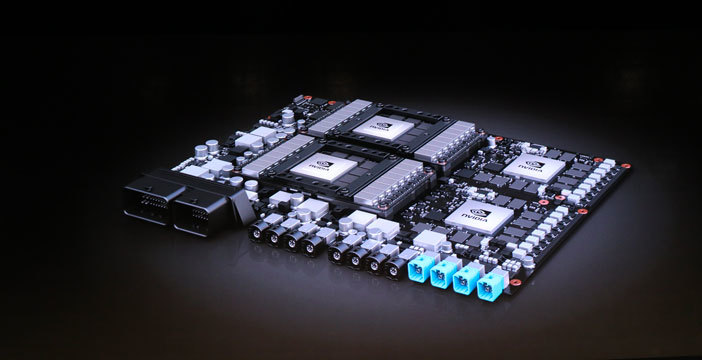 NVIDIA has unveiled its brand new Drive PX Pegasus board at GTC Europe 2017. This marks a substantial improvement over its old Drive PX 2 board (that is currently shipping with Tesla models) and results in a net performance improvement of almost 10x. With over 320 Deep Learning Tera Operations Per second (a term coined by NVIDIA) this hardware is substantially faster than most server racks of last year. To put this perspective the last iteration only pulled in about 24-30 DL TOPs. The company has also claimed that this hardware is capable of Level 5 Autonomy.

The self driving market represents a huge opportunity for chip makers and NVIDIA is in the very enviable spot of being equipped to handle the growing needs of the market as second nature. The GPGPU approach to self driving is quickly gaining popularity and NVIDIA is one of the few companies on Earth that can scale performance faster than you can make use of it. 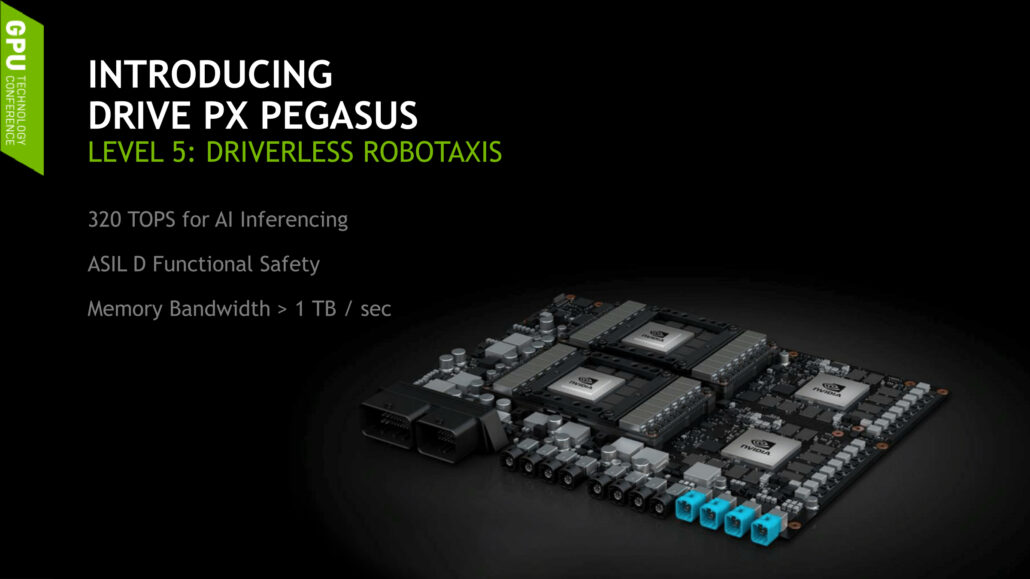 The Drive PX Pegasus board is no different and represents a huge leap in performance and probably one of the first boards that will propel us over Level 3 Autonomy (Tesla Autopilot). Whether the company's claims about it being capable of Level 5 Autonomy are accurate will probably not be answered anytime soon, but one thing is certain - the board has more (DL TOPs) computing horsepower than many server racks of last year.

"Creating a fully self-driving car is one of society's most important endeavors -- and one of the most challenging to deliver," said Jensen Huang, NVIDIA founder and CEO. "The breakthrough AI computing performance and efficiency of Pegasus is crucial for the industry to realize this vision.

"Driverless cars will enable new ride- and car-sharing services. New types of cars will be invented, resembling offices, living rooms or hotel rooms on wheels. Travelers will simply order up the type of vehicle they want based on their destination and activities planned along the way. The future of society will be reshaped," he said.

Levels of automation in self-driving vehicles.

Unlike the old Drive PX, the Pegasus board will not be water cooled. It will be cooled solely by air (which is a huge feat considering it boasts 500 watts of TDP) which will reduce maintenance and increase service life due to less moving and breakable parts. The Pegasus board comes equipped with 2x Xenver SOCs with Volta iGPUs and 2x dedicated GPUs. The board is ASIL D certified which means it is designed to have failover.

DRIVE PX Pegasus is powered by four high-performance AI processors. It couples two of Xavier system-on-a-chip processors -- featuring an embedded GPU based on the Volta architecture -- with two next-generation discrete GPUs with hardware created for accelerating deep learning and computer vision algorithms. The system will provide the enormous computational capability for fully autonomous vehicles in a computer the size of a license plate, drastically reducing energy consumption and cost.

Perhaps the most interesting aspect of the kit is the fact that the dedicated GPUs it is using are not Volta but rather based on a next-generation architecture. This would mean they are even more optimized and energy efficient than the Volta iGPUs on the SOCs. Considering we have not heard of an architecture succeeding Volta on the mainstream side soon right now, it is entirely possible that this particular architecture was designed exclusively for deep learning applications. In any case, this is an example of NVIDIA's greatest strengths: the ability to innovate architectural and performance leaps like its as easy as walking. Companies like Mobileye-Intel are sure to follow and even Tesla might keep pace with its own division headed by Jim Keller but its clear that green is very much in the lead.