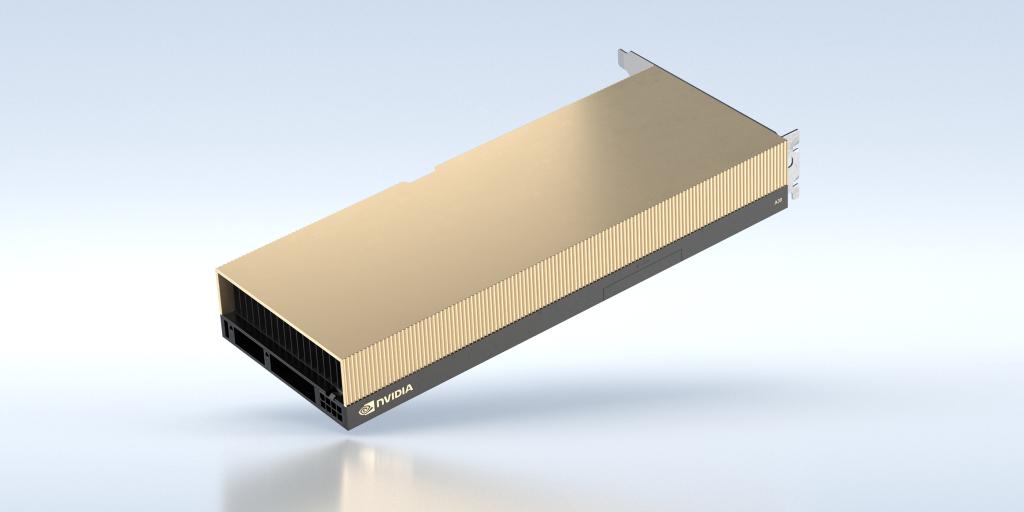 In addition to all the CPU & GPU announcements, NVIDIA is also launching today its brand new Ampere-based A10 and A30 Tensor Core GPUs. The two GPUs are aimed at data centers & are mostly geared towards virtualization platforms.

What's interesting about these brand new Tensor Core GPUs are their specifications. The A10 is using the GA102 GPU while the A30 is making use of the GA100 GPU. While both of these will be Ampere-based, the memory subsystem for both GPUs will be very different with the A10 offering GDDR6 and the A30 going with the standard HBM2 memory standard for data centers. So let's take a detailed look at the specifications.

As for the design of the card, it makes use of a champagne gold-colored shroud which comes in a single-slot, full-length form factor. Since this is a passively cooled card, there is no fan on it & power is provided through a single 8-pin connector with the card running off a single 8-pin connector to meet its 150W TDP demand. In terms of performance, the NVIDIA A10 Tensor Core GPU offers up to 31.2 TF FP32, 62.5 TF TF32, 125 TF BFLOAT16, 250 TOPS INT8, 500 TOPS INT4 & twice the rates with sparsity.

The NVIDIA A30 Tensor Core GPU on the other hand makes use of a GA100 SKU but the exact variant is not known. It seems to be a rather cut-down variant that features a base clock of 930 MHz and a boost clock of up to 1440 MHz. The GPU is equipped with 24 GB of HBM2 VRAM that operates at a speed of 1215 MHz across a 3072-bit wide bus interface. This means that we are looking at only three active HBM2 memory stacks. The stacks deliver up to 933 GB/s of memory bandwidth. 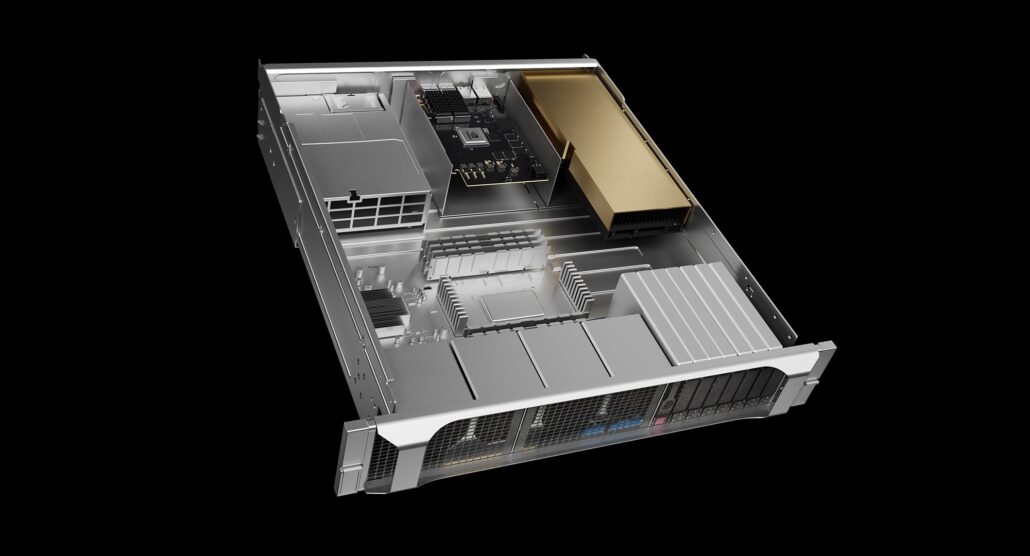