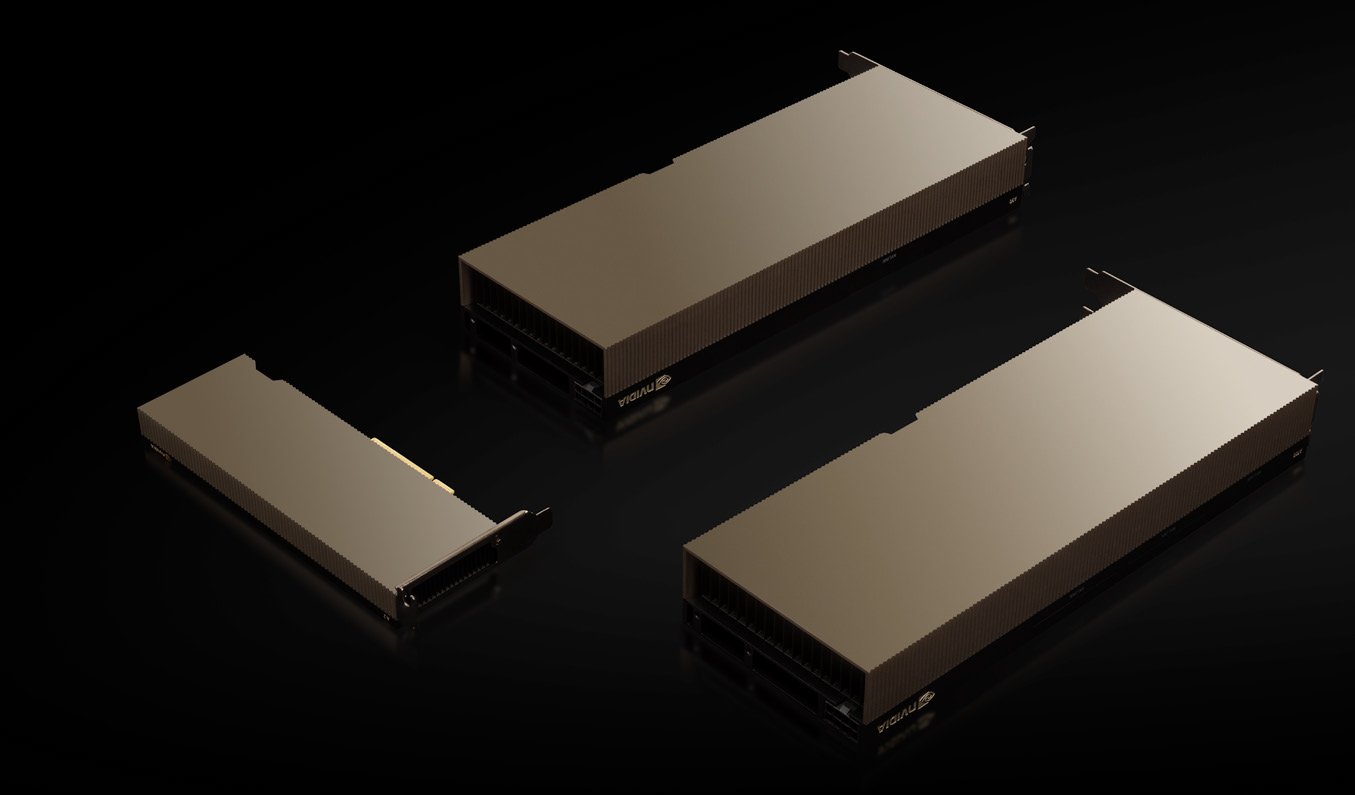 NVIDIA has further expanded its professional data center lineup of Ampere GPUs with the A2 Tensor Core GPU accelerator. The new accelerator is the most entry-level design we have seen from NVIDIA and boasts some decent specifications based on its entry-level market designation.

The NVIDIA A2 Tensor Core GPU is designed specifically for inferencing and replaces the Turing-powered T4 Tensor Core GPU. In terms of specifications, the card features a variant of Ampere GA107 GPU SKU which offers 1280 CUDA cores and 40 Tensor cores. These cores run at a clock frequency of 1.77 GHz and are based on the Samsung 8nm process node. Only the higher-end GA100 GPU SKUs are based on the TSMC 7nm process node. 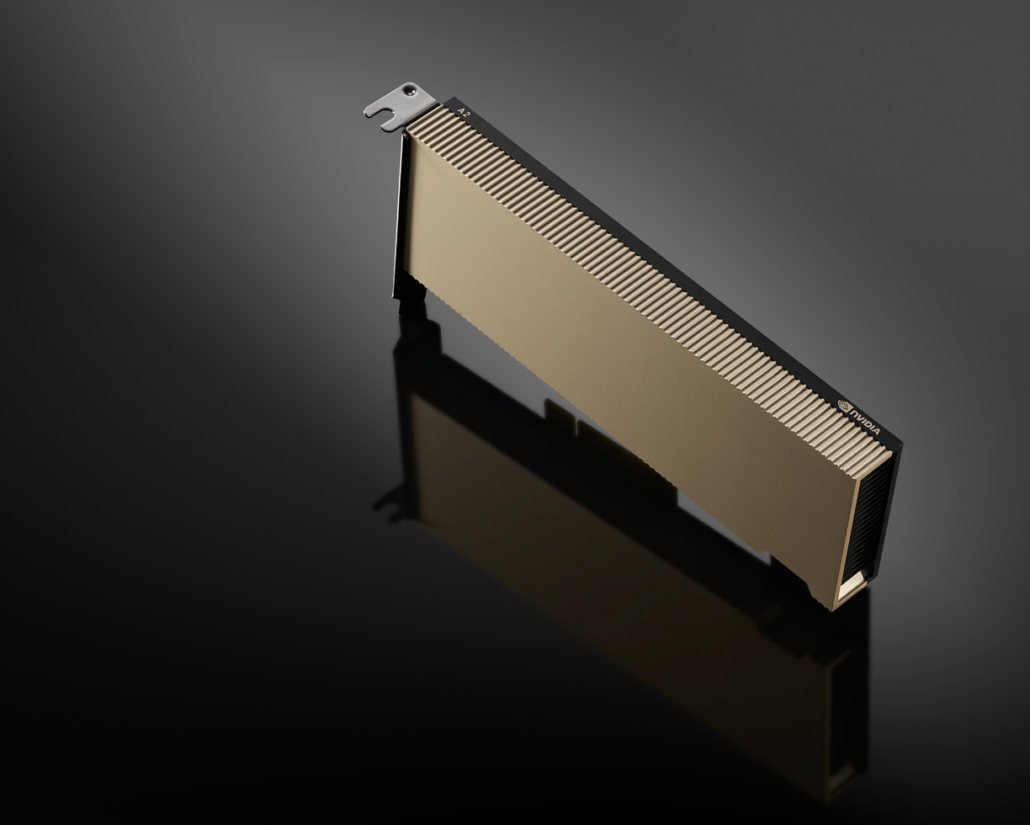 Memory design comprises a 16 GB GDDR6 capacity that runs across a 128-bit bus-wide interface, clocking in at 12.5 Gbps effectively for a total bandwidth of 200 GB/s. The GPU is configured to operate at a TDP between 40 and 60 Watts. Due to its entry-level design, it also comes in a small form factor design with a Half-Height and Half-Length form factor which is passively cooled. Due to its lower TDP, it doesn't require any external power connectors to boot. The card also features a PCIe Gen 4.0 x8 interface instead of the standard x16 link.

The NVIDIA A2 Tensor Core GPU provides entry-level inference with low power, a small footprint, and high performance for NVIDIA AI at the edge. Featuring a low-profile PCIe Gen4 card and a low 40-60W configurable thermal design power (TDP) capability, the A2 brings versatile inference acceleration to any server for deployment at scale. 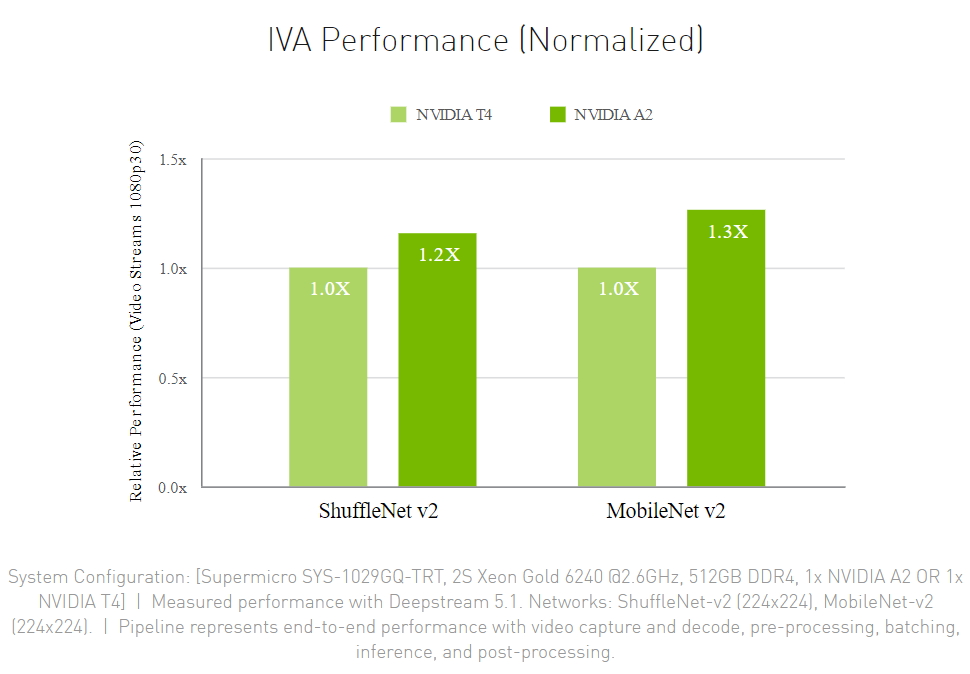 Performance-wise, the compute numbers are rated at 4.5 TFLOPs (FP32), 0.14 TFLOPs (FP64), 36 TOPs (INT8), 18 TFLOPs (FP16 Tensor), and 9 TFLOPs (TF32) Tensor. Comparing performance in IVA to an NVIDIA T4, the A2 offers up to 30% improvement along with consuming much lower power. The NVIDIA A2 Tensor Core GPU is available as of right now though there are no specific details shared regarding the pricing of the card.