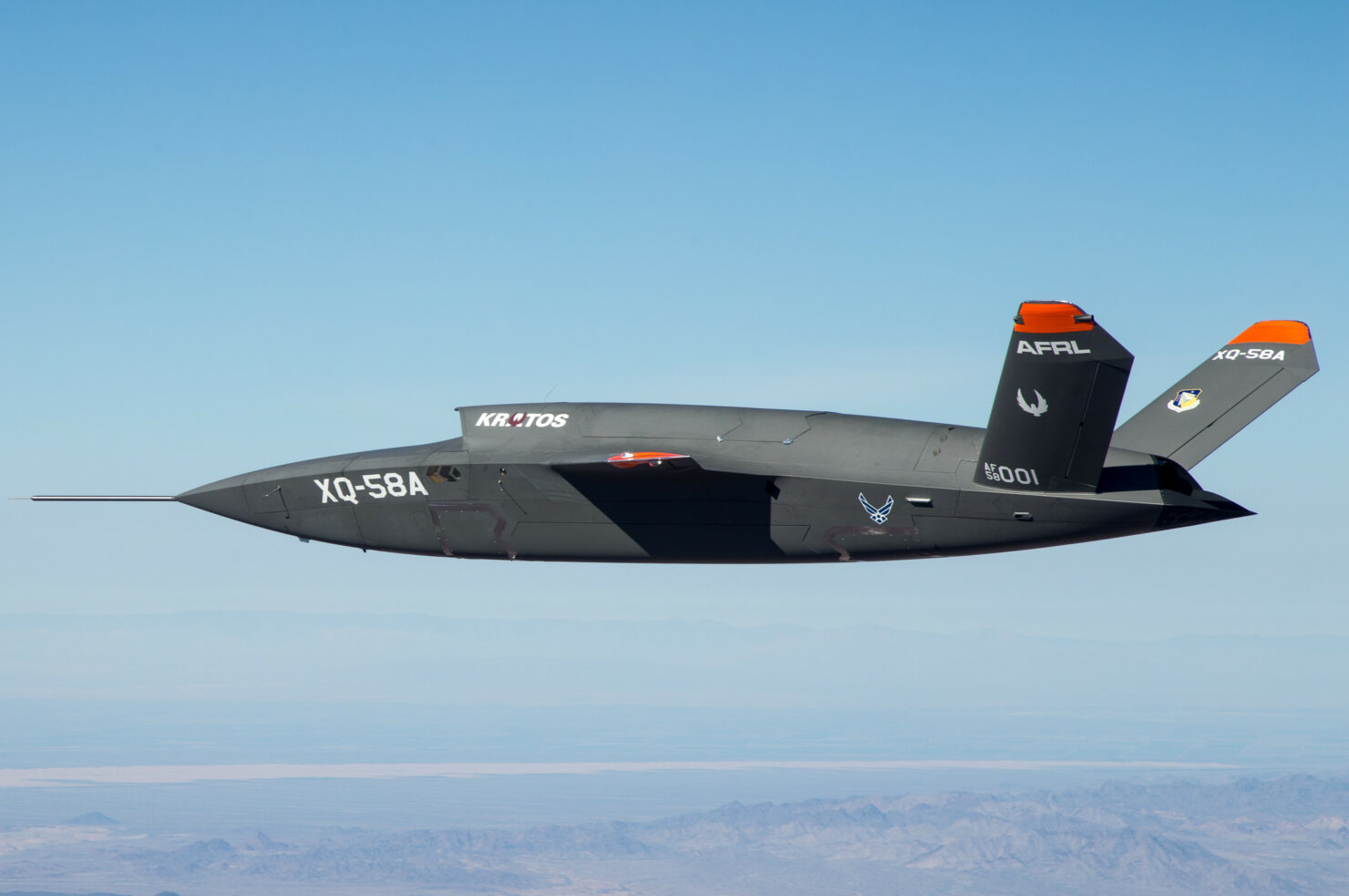 The addition of companies that primarily target the semiconductor market to a space exploration fund follows Ark's philosophy of dividing the companies that it has invested in into four categories. This has ensured that established names such as The Boeing Company and Lockheed Martin - both of which are currently developing spacecraft for the National Aeronautics and Space Administration's (NASA) Artemis lunar missions - are also part of the ETF that retail investors, in particular, are eager to study for its prospects of identifying the right companies which could be a part of a $1 trillion economy outlined by former NASA Administrator Jim Bridenstine.

As part of its fund, the asset-management firm targets six kinds of firms. These range from reusable rockets, to those developing suborbital technologies, drones and associated technologies. However, the fund isn't all-inclusive, as a surprising omission is the special purpose acquisition company (SPAC) Vector Acquisition Corp. which plans to merge with RocketLab.

NVIDIA and TSMC's inclusion in the fund is likely under the category dubbed 'Enabling Technology' by Ark, which, as the name suggests, covers companies that contribute indirectly to the aerospace sector. The pair's involvement isn't surprising either, with TSMC being responsible for the bulk of the world's contract chip manufacturing and NVIDIA's computing platforms known for their contributions to data mining, artificial intelligence and other performance-intensive computing platforms. 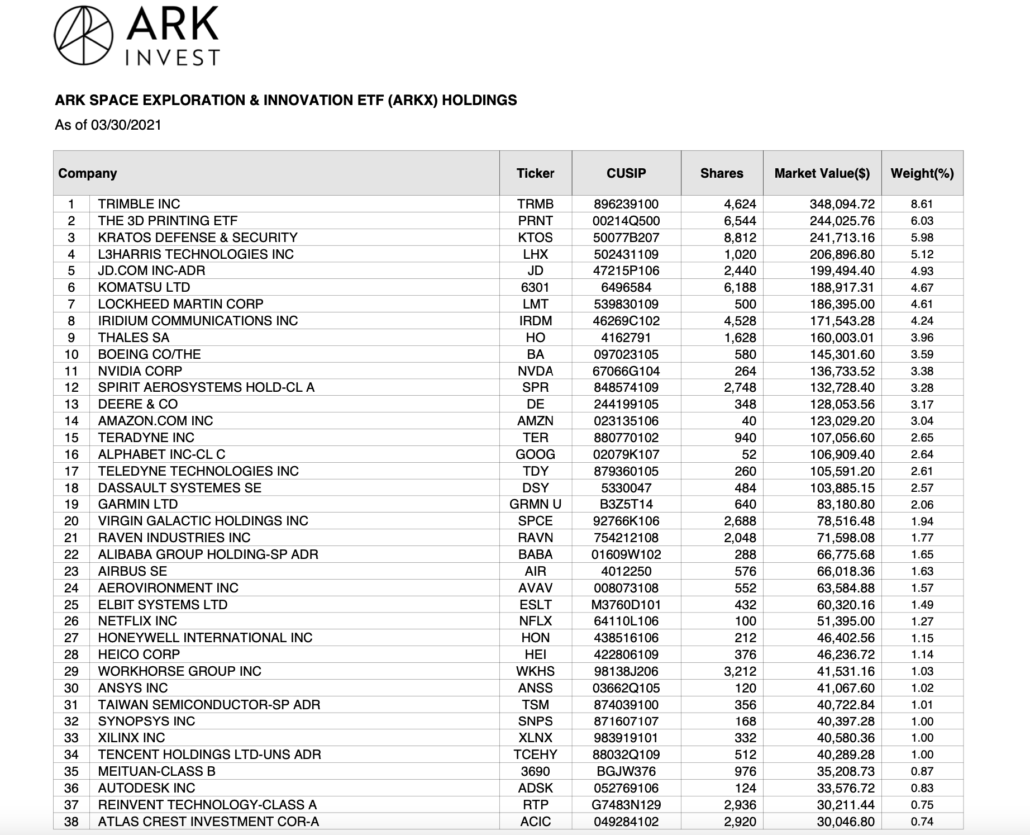 The diversity of the fund is apparent from the top three picks which cumulatively account for more than 10% of its composition. At the top is California-based geospatial hardware and services provider Trimble Inc. Trimble is known for its navigation services and products that target a host of industries such as agriculture, telecommunications and construction.

After Trimble, the next company, with a 6% share is Kratos Defense and Security. Also headquartered in California, Kratos is perhaps best known for its directed-energy (laser) weapons system that it built for the United States Navy in 2014. The weapon cleared the Nav's initial tests, and as of now, the first system is part of the USS Portland for extensive testing. Kratos has also built the eye-catching XQ-58 Valkyrie unmanned stealth aircraft capable of housing up to eight Joint Direct Attack Ammunition (JDAM) and small diameter bombs.

Kratos is followed by another defense contractor, this one with $17 billion in revenue in 2019. L3Harris Technologies is one of the biggest defense companies in the work and it is known for proving the U.S. military with a host of gadgets that include space-based communications systems and night-vision equipment.

Another surprising addition is Chinese retail giant JD, which also trades in the form of American Deposit Receipts on the NASDAQ Exchange. JD is one of the biggest retailers in China, and it earned $83 billion in revenue in 2019.

Missing from the list is Space Exploration Technologies Corp. (SpaceX), the Hawthorne-Califonia-based aerospace lunch services provider which has managed to disrupt the industry over the course of the past two decades through its Falcon 9 reusable rocket lineup. The reason behind this is clear though, as SpaceX is not a publicly-traded company and its chief Mr. Elon Musk, wary of market volatility, does not intend to take it public anytime soon.