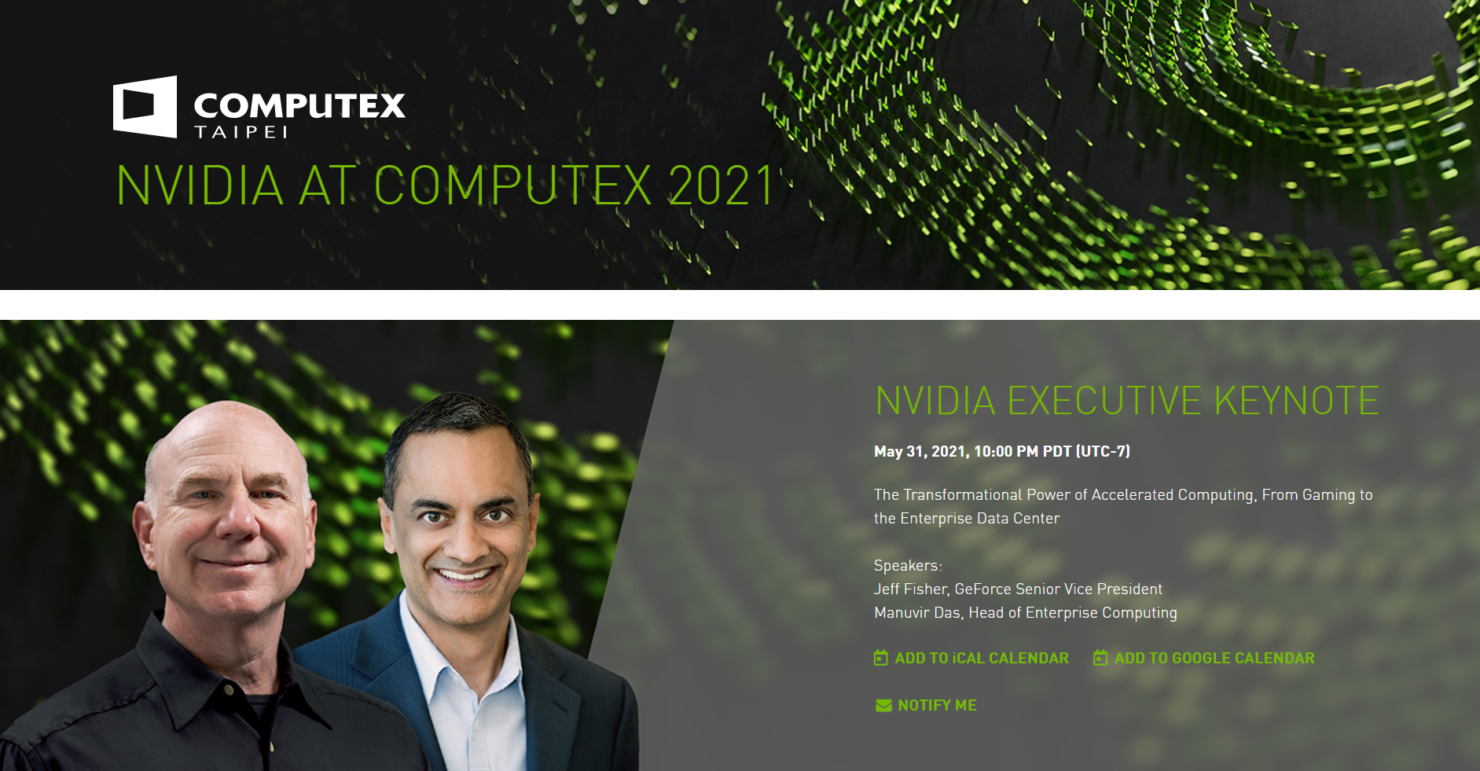 NVIDIA has announced its Computex 2021 keynote which will take place on 31st May, focusing on gaming and Enterprise Data Centers. The company will have a lot to talk about including a few key product announcements.

After AMD and Intel, NVIDIA has also announced its Computex 2021 Digital keynote which will be taking place on the 31st of May at 10 PM (PDT) / 4 PM (AEDT). The executive keynote will be hosted by the Senior Vice President of the GeForce Division, Jeff Fisher, and Head of Enterprise Computing at NVIDIA, Manuvir Das.

The Transformational Power of Accelerated Computing, From Gaming to the Enterprise Data Center

If you all remember, Jeff Fisher unveiled the NVIDIA GeForce RTX 3060 along with several other key gaming technologies back at CES 2021. So we can expect him to make brand new announcements at Computex 2021. These announcements would likely include the new GeForce RTX 30 Ti series of graphics cards which were leaked out a few weeks back. We could also hear an update on new tech for gamers and how the company is managing supply/demand in these crucial times. 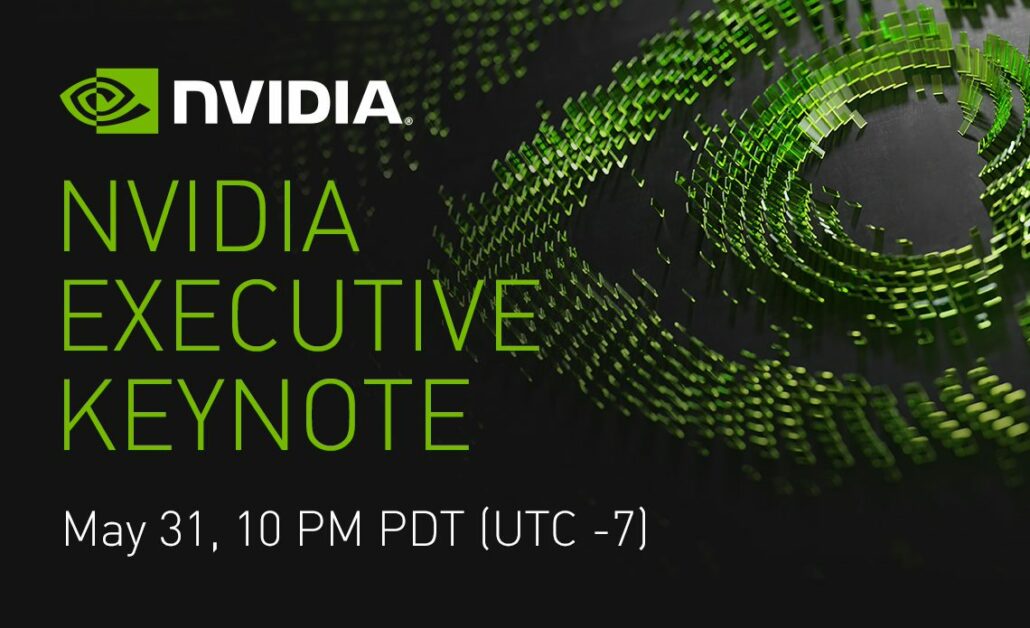 As for the Data Center side of stuff, NVIDIA has already detailed its vision of the future at GTC 2021 so we might not get to see new announcements but product availability and release dates might be a more interesting topic as far as this segment is concerned. Once again, the NVIDIA Keynote will be sandwiched between Intel's and AMD's as all three tech giants have keynotes within a few hours of each other. We will keep you posted with each announcement and release that takes place at the NVIDIA Computex 2021 keynote.