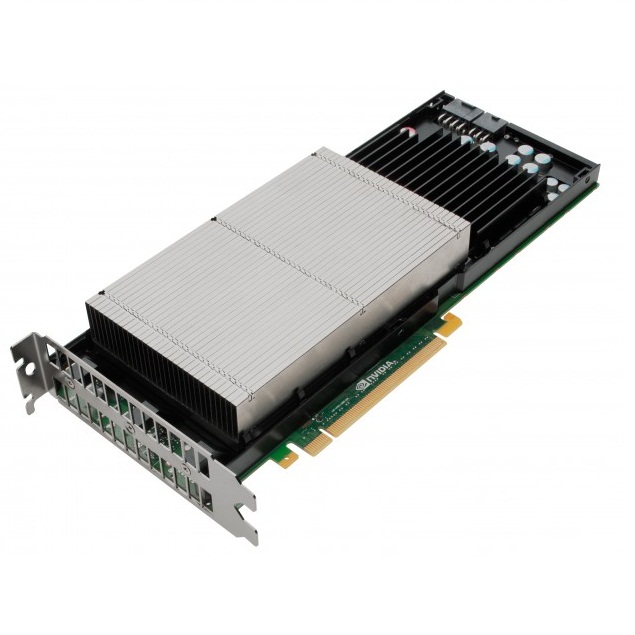 NVIDIA announced its Tesla K20 early this year which was the company's first HPC GPU based on the latest GK110 Core architecture. With only 13 SMX units enabled on the core, it was well known that a faster variant would come out soon known as the Tesla K20X which is currently being used in ORNL's Titan Supercomputer.

It was previously thought that the Titan supercomputer might be using the GK110 Tesla K20 part but reports now mention the world's fastest supercomputer to be using the Tesla K20X which has 14 SMX enabled bringing its core count to 2688 Cuda's and boasting a 6 GB GDDR5 memory.

Its unknown though whether NVIDIA would sell the card to the HPC sector or leave that to the K20 for now. A faster 15 SMX version with 2880 Cores may appear as an successor to the Tesla K20 next year but no details on that part are available yet. For the consumer market, NVIDIA rounded off their Kepler 600 series lineup last month and would now focus on the GeForce 700 series. Plans of GK208 and similar chips in development is already underway.