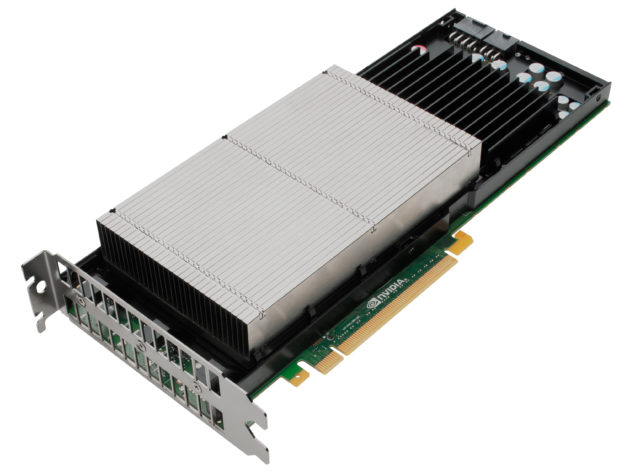 The final specifications of NVIDIA's Tesla K20 GPU which is based on the GK110 Chip have been released. The Tesla K20 has already been made available sine May 2012 however its specifications were not totally disclosed. 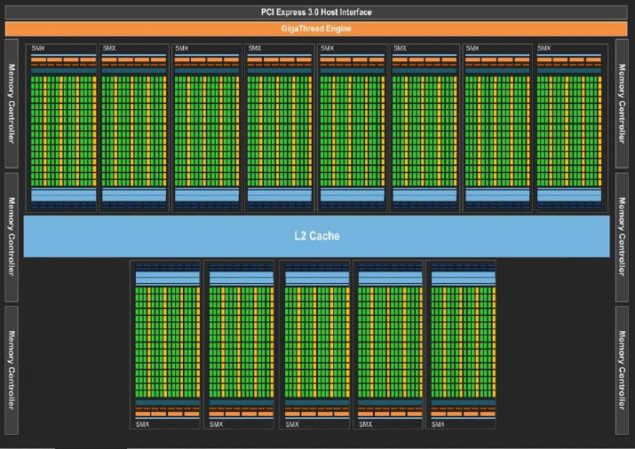 The Tesla K20 is NVIDIA's flagship compute GPU based on the 28nm GK110 architecture with a massive 7.1 Billion Transistor count and  13 Functional SMX Units compared to the 15 Full SMX units available on the GK110 chip. This puts the total core count to 2,496 CUDA cores whereas the full chip features 2880 Cuda Cores. This leaves room for NVIDIA to expand its compute level offerings in the future.

The core on the GPU is clocked at 705 MHz which puts its total single-precision floating point performance at 3.52 TFLOP/s and double-precision floating point performance at 1.17 TFLOP/s. Also the card packs a 5 GB GDDR5 memory running across a 384-bit memory which churns a bandwidth of 200 GB/s. The Tesla K20 from NVIDIA feature set consists of Dynamic parallelism, Hyper-Q, GPUDirect with RDMA. Comes with a rated TDP of 225W which is amazing for such a compute level card and is powered through a 6-Pin and 8-Pin connector. Price would be set around the 2950 EUR mark.

The Tesla K20 has become the choice of Oak Ridge's Titan supercomputer with almost 14,500 units being shipped to their labs and also a similarly massive shipment to Amazon's server department. The Tesla K20 is one a kind compute GPU and its rumored to enter the consumer level sometime in 2013, though it isn't confirmed but if it does paves it way through in the GeForce GPU lineup than gamers would see massive performance numbers from the Green Team.