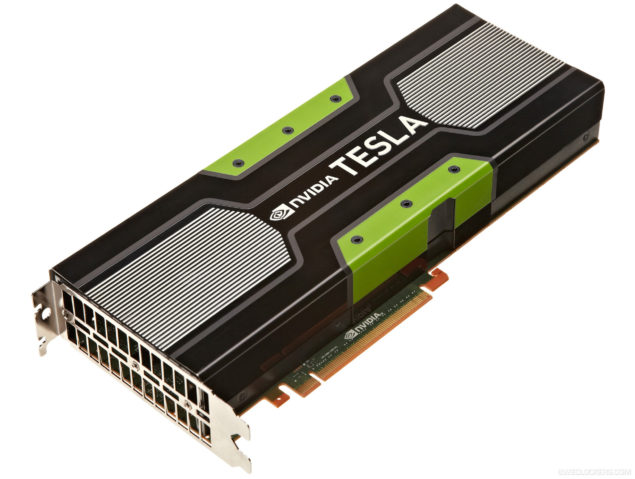 It has been claimed by multiple sources that NVIDIA would launch a GeForce product for consumers which would be based on the GK110 Core architecture. We reported a while back that the GK110 could indeed be headed to the GeForce 700 series 'Kepler Refresh' lineup being fused within the GeForce GTX 780 GPU but the series itself won't arrive until late in Q2 2013.

Sweclockers got some classified information through their sources who suggest that the GK110 core could be coming to the consumers but much earlier than previously estimated. According to their info, NVIDIA is preparing one specific GeForce class GPU known as the GeForce Titan which would be available to consumers by the end of February at a price tag of $899 US. 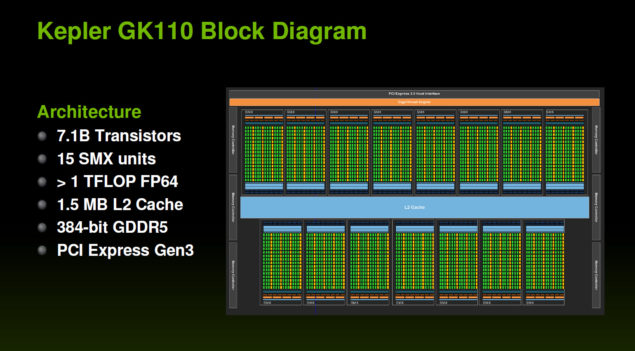 The GeForce Titan GPU would be similarly spec'd as the NVIDIA Tesla K20X with one SMX unit disabled resulting in a whooping 2688 Cuda cores, a 6 GB GDDR5 memory running across a 384-bit interface and clock frequencies running at 837 MHz for core and 6 GHz effective speed for memory. It should be noted that the GeForce Titan could be named after the ORNL's Titan supercomputer which houses its Tesla based brother K20X, infact 18,688 units of the Tesla GPU.

Furthermore, the GPU would be launched in a same manner to resemble the GTX 690. This means that the manufacturer's would have to follow the GeForce Titan GPU reference design provided by NVIDIA. This means they cannot change the design scheme, clock frequencies or even add their company labels on the GPU board nor the cooler. The GeForce Titan GPU would deliver almost 85% of the performance of a reference GeForce GTX 690 and would require two 6-Pin connectors to power the 235W GK110 mammoth. You heard it right folks, the GPU 'GeForce Titan' with its single GK110 core would be able to churn out the same kind of performance as a Dual GK104 GTX 690 GPU would.

We advise our followers to take this news with a pinch of salt as NVIDIA hasn't commented on the news yet. Current plans for the GeForce 700 series to appear was not before Q2 2013. This could be a move by NVIDIA to cash out their remaining GK110 chips as the company could be planning to launch a fully enabled GK110 for Tesla market in mid-2013.

Update: Our own internal sources confirm that the GeForce Titan is headed for launch next month and some possibly bet an early February 2013 release. The card resembles a GTX 680 with GK110 core and a beefed up memory area.