NVIDIA has released a new video interview for id Software’s DOOM that showcases the game's hellish environments and details the SnapMap Editor. The SnapMap Editor aims to offer everyone the ability to create levels that can be played on all platforms. id Software will not release any further mod tools for DOOM.

id software, the studio that created the first-person shooter genre, brings back a fun and challenging modern-day shooter experience with DOOM. Focusing on fast and fluid movement to provide intense, first-person combat. DOOM's single player campaign takes players into the depths of Hell while offering a variety of multiplayer modes. 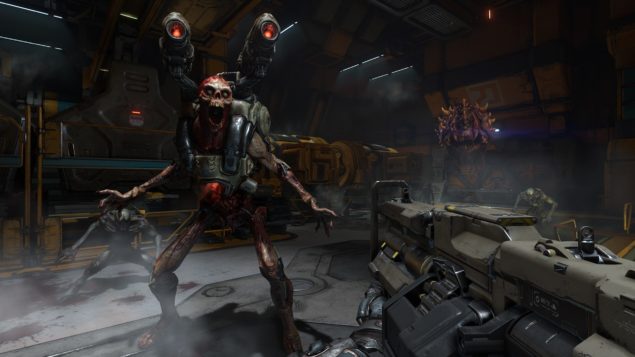 id Software has recently released another detailed video interview demonstrating the advanced technology of id Tech 6 that powers DOOM, and is definitely worth a look. DOOM will release in Spring 2016 on Xbox ONE, PS4 and PC. We will bring you any new information on DOOM, as soon as it becomes available.