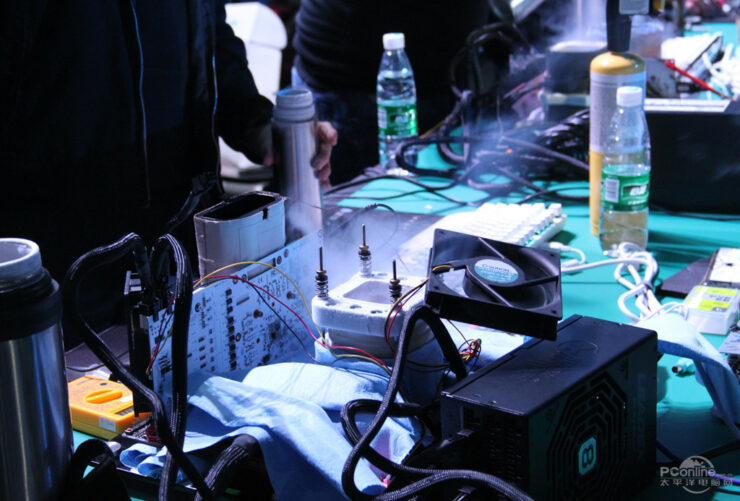 NVIDIA Pascal GPUs hold the throne of graphics performance in the gaming industry but they are also breaking world records in overclocking. Once again, enthusiast overclockers were able to shatter GPU frequency records using the Pascal GPU.

Designed for gamers and crafted for overclockers, NVIDIA Pascal GPUs have seen tremendous acclaim in the PC gaming community. The new GeForce 10 series cards cover the entire market with enthusiast based cards and budget aimed products that can handle 1080p gaming under $150 US.

NVIDIA Pascal GPUs are the most highest clocked chips in the market today, featuring the latest FinFET tech. Based on the Pascal GPUs are enthusiast grade graphics cards that currently hold the performance throne but overclockers have been having a lot of fun since Pascal launched. (via PCOnline)

When NVIDIA launched the first GeForce 10 series cards, they showcased a live demo of their GP104 running at 2.1 GHz. Right now, there are several variants that can run around 1.9-2.1 GHz range. Both reference and non-reference variants are based on premium components.

The card to breach the 3 GHz barrier was once again, the GALAX GeForce GTX 1060 HOF. The card features a Pascal GP106 core and is only featured on the GeForce GTX 1060 series cards. The same card touched 2.80 GHz on LN2 last month and hitting 3 GHz now really shows that Pascal's FinFET node and architectural specs allow for a great overclocking chip. 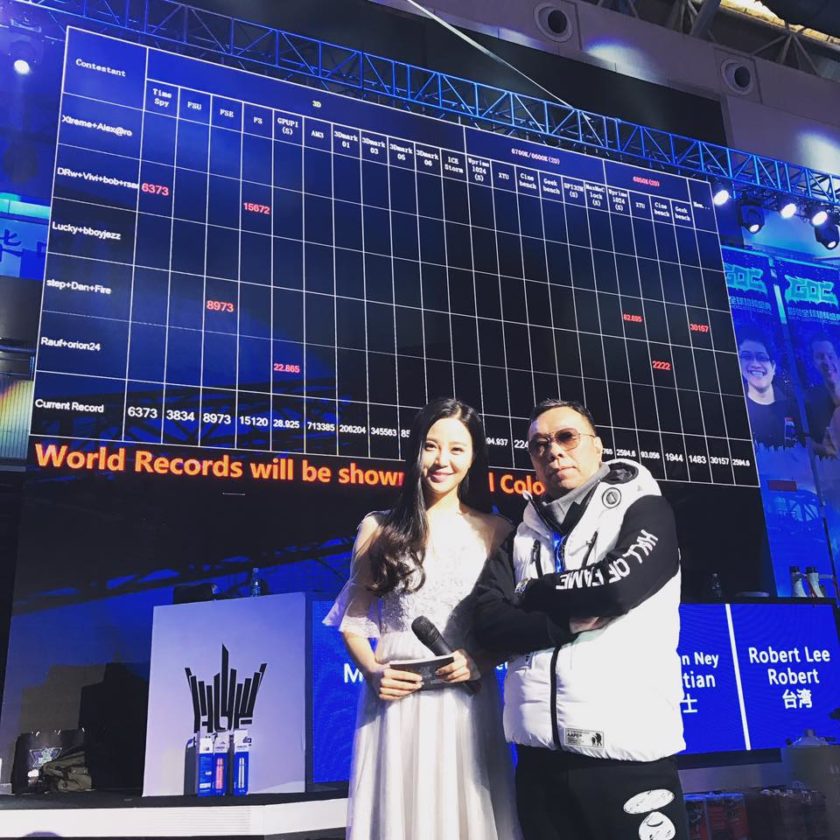 The GALAX GTX 1060 HOF GOC features 1280 CUDA Cores and 6 GB of GDDR5 memory. The core clock is maintained at 1620 MHz and boost clock is maintained at 1847 MHz. The memory is clocked at 8 GHz which gives us 192 GB/s bandwidth. The card is powered by a 8+6 Pin power configuration. Even though the TDP of this card is rated at 120W, the beefy PWM and VRMs require a lot of power to feed the GPU for better stability and overclocking. 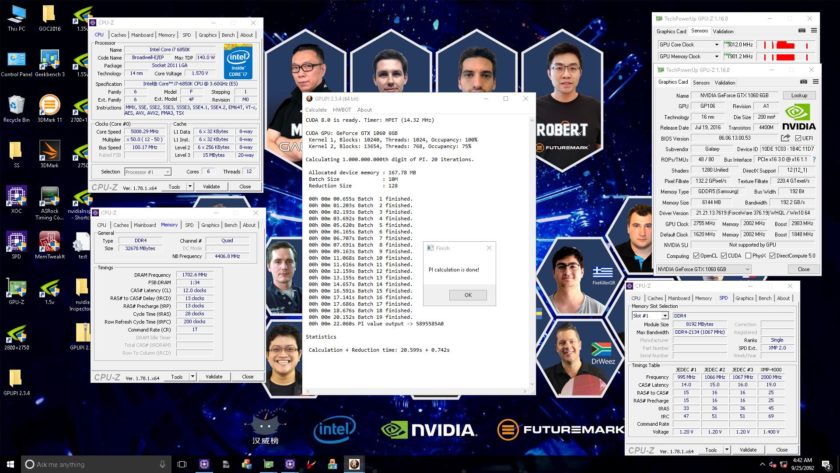 The impressive feat was achieved by three different teams that managed to break the 3 GHz clock limit. The chips were able to finish GPUPI (10M) calculations in a time of 21.685 seconds while the others were close. With the mentioned clocks, the chip was able to achieve texture and pixel fill rates higher than the GeForce GTX 1070, even besting the GTX 1080 in pixel fill rate.

GALAX also made a surprising announcement of a very compact, single slot GeForce GTX 1070 graphics card at the GOC event. The card uses a metallic shroud with a exposed area on the surface that reveals the all copper (pure) heatsink. The card uses a blower type cooler that pushes heat out of the exhaust vent on the back. The PCB on the card is smaller than the reference variant and uses a extended shroud cover. (via XFastest)

Other specifications include dual SLI connectors, a single 8-Pin power connector. The display configuration include a single DVI, HDMI and DisplayPort. The card is expect to launch in early 2017 and will be available close to the retail price of $379 US. NVIDIA AIB partners are doing a really excellent job with the new Pascal core and expect more of it in action in the form of GTX 1080 Ti in the coming year.

NVIDIA GeForce RTX 3060 Being Sold in Pakistan Weeks Before Launch, Priced at an Outrageous $750 US By Official Dealers