Performance results of NVIDIA's upcoming 28nm Kepler based GK107 chip have been exposed by a user on Youtube, Although the video has been taken down but there are a few screenshots which show what kind of performance you can expect from the Entry-Level GPU. 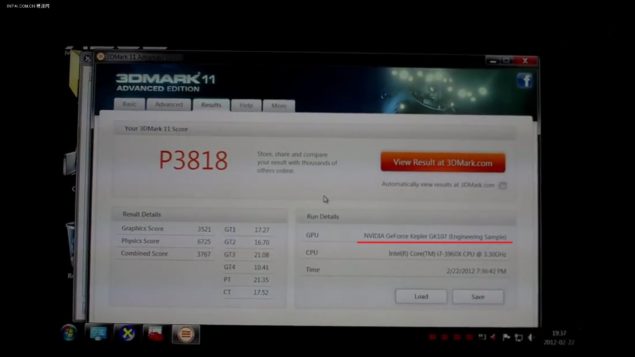 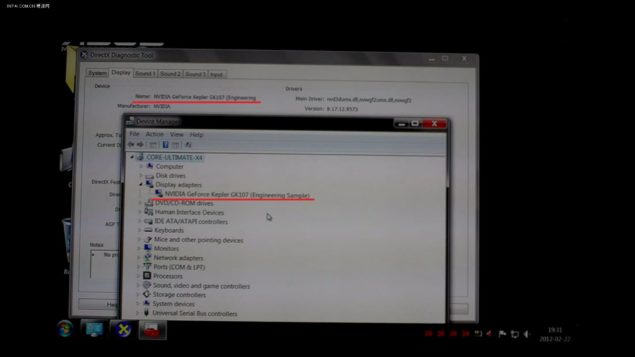 The chip has been marked as an Engineering Sample as seen from the Device manager screen. The GPU was able to score 3818 Points in 3DMark 11 test which can be compared to 3521 points from the AMD's HD7770. Looking at the performance numbers we can assume that the card would most likely be an Entry level part being the successor to GF-116 GTX550 or GF108 GT440. The GK107 GPU was also able to manage a score of 23819 points in 3DMark 06.

A few weeks ago, VR-Zone also put light on details of the GK107 GPU along with the first design sketch of its board. There would be two variants of the card - The GK107-300 variant will be powered by GDDR3 or GDDR5 memory, while the GK107-200 will sport 512MB of DDR3 RAM. Both would feature a 128-bit wide memory bus and a simple fan heatsink design on top of the GPU chip. 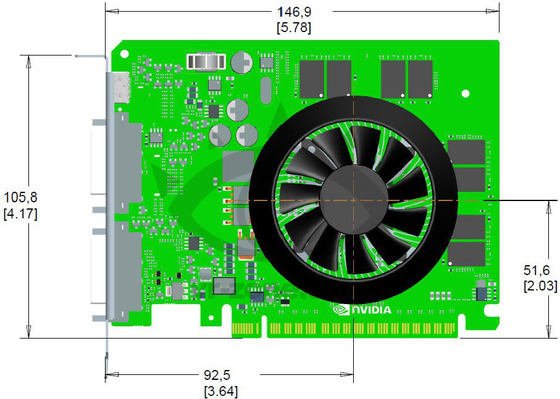 The GK107/GK106 and GK104 chips are expected to launch during March-April 2012. For more info, Check out the following links: