NVIDIA Hints at GTA V For PC In Fall 2013 – Could Be Optimized For GeForce Cards?

In an earnings call conference to the press, NVIDIA claimed that Rockstar's flagship title for 2013 "GTA V" would be heading to PC users in Fall of 2013. Now this could be big news since till now we have got no official words of the game heading to PC anytime soon except some pre-order listings that hold no truth. 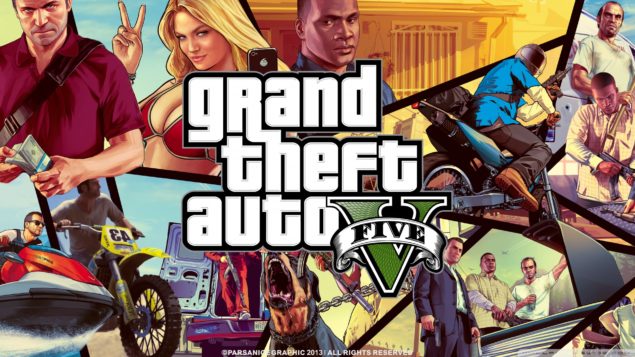 The word comes from NVIDIA in their earnings call (transcript of which is provided by Seeking Alpha) in which the company mentions that PC Gaming and GPU market did well for them unlike the Tegra mobile market which took some hits. NVIDIA has mentioned that both PC and Android market due to their open nature are going to outcast the console market by 2015 where PC games revenue alone is going to amount for $20 Billion where as the total for both Playstation 3 and PlayStation 4 would be around $10 Billion and half of that for the Xbox.

NVIDIA, when talking about the PC gaming scene mentions that PC gamers are getting ready for some of the block buster titles arriving this fall which include Assassins Creed IV: Black Flag, Call of Duty: Ghosts and GTA V. NVIDIA specifically mentions GTA V for the PC here since they are talking about PC gaming market. The most surprising thing is that it isn't Rockstar themselves but NVIDIA who's hinting at GTA V for PC this fall. This could possibly mean the alliance of Rockstar with NVIDIA as their hardware partner or something bigger. We all know how AMD has got probably the most FPS title under their Gaming Evolved Program, Battlefield 4. Could GTA V be NVIDIA's answer to AMD's Gaming Evolved Program and a revival of TWIMTBP?

The PC market is evolving. As entry level laptops face pressure from tablets. Yet sales of specialty PCs like gaming systems and work stations continue to grow. The disparity reflects how consumers use these different classes of PCs. Many consumers look for PC as a general purpose device they can use for browsing, email, social media video. But much of this can be better served by a tablet. In contrast, gamers are preparing their systems for a strong roster of games coming this fall, including blockbuster franchises, such as Call of Duty: Ghosts, Grand Theft Auto V and Assassin's Creed IV.

You do remember when Rockstar was hiring developers who can work on PC Ports for their latest games. Maybe NVIDIA offered them a partnership to optimize the coding for GTA V for PC hardware or even exclusively for their GeForce graphic cards. Do note that Frostbite 3 based titles are also getting exclusive optimized for AMD Radeon cards. GTA V falls in the line with Battlefield 4 with the most anticipated titles of 2013, if AMD and NVIDIA could get these titles out with optimizations for PC gamers than this could definitely mean a big win for the PC users.

In addition to GTA V, NVIDIA is also optimizing and adding additional PC exclusive features in upcoming titles such as Watch Dogs, Batman: Arkham Origins, Witcher 3: Wild Hunt and the upcoming Splinter Cell: Black List. But on top of all that, GTA V for the PC this falls sounds like the best news PC gamers can hear right now, GTA V officially launches for consoles in September 2013.