Today we're bringing you an update to AMD's elusive and yet unreleased R9 285X graphics card and Nvidia's much anticipated GTX 960. It was revealed that the Tonga GPU powering the R9 285 non-X actually has more than just cut down compute units. In addition to the disabled 256 GCN cores, the GPU also has one third of it's memory interface locked. The fully unlocked Tonga XT GPU which is rumored to power the R9 285X has been confirmed to have a 384bit interface. Just like its older sibling Tahiti.

The mystery surrounding the Tonga XT and the possible yet unreleased R9 285X graphics card which it's rumored to power is even more intricate. According to whispers in the web the card was supposed to show up in September right after Nvidia's Maxwell launch. But the absence of any talk about the card from AMD and the fact that they denied its existence led many to believe that it was cancelled.

Now that we have the official and complete specifications of Tonga XT we can easily deduct the specifications of a possible graphics card based upon it.
Tonga XT has 2048 GCN cores, 48 Render Output Units, a 384bit bus interface which means that a graphics card based on it will feature 3GB of GDDR5 memory. The specs should look like this :
GCN Cores : 2048
Memory Interface : 384bit
Memory : 3GB GDDR5 @ 5.5Gbps

We're looking at very similar specifications for the R9 280X.
Save for the myriad architectural improvements and higher number of Render Output Units (48 vs 32 ROPs) both Tahiti and Tonga spec wise look almost identical.

There are many plausible reasons as to why the R9 285X hasn't been released yet. But the most important one has to be Nvidia's GTX 960. It's very likely that AMD is waiting for its competitor to make the first move. This would allow it to assess the market and do whatever is necessary to insure a successful product launch.

It is quite possible that the aggressive pricing position of Nvidia's GTX 970 has caught AMD off guard. After all the R9 285 non-X was released as a $249 card and an R9 285X would've naturally been a $299+ card. Far too close to Nvidia's $329-$349 GTX 970 which competes head on with the R9 290 and 290X. AMD needs to rearrange its pricing structure in the enthusiast segment before it can introduce a new product. Which is likely why the 285X hasn't shown up yet.

We know very little about the GTX 960 other than that t will be released in October. However from the GTX 980 and GTX 970 we can deduct many possible configurations for the card.
There are two possibilities for GTX 960. The first is that it could feature a new GPU, GM206. The second possibility is that it could feature the same GM204 GPU but with even more disabled SMMs and possibly even a smaller memory interface.

Personally I'm not favoring any particular option of the two over the other. There are leaks that support both possibilities. The first possibility is supported by the fact that we know GM206 taped out in April along side GM204. However Videocardz also claims that Nvidia will release 4 SKUs with the GM204 GPU and we've only seen two so far. The GTX 980 and GTX 970.
GM204 is a completely new die and thus has an entirely new floorplan. Many GM204 cores will come out the other end of the manufacturing process with defects. Until all the kinks are worked out that is. The defective areas of the die are then disabled and the chip is sold.  The GTX 970 has three SMM units disabled due to this reason, the R9 290 has 4 compute units disabled. Everyone in the industry does this, including Intel.

It usually takes between three to six months from the beginning of volume production to fix most manufacturing kinks and drive yield considerably up. GPUs usually take 3 months to make it from the fab to the store shelves. Nvidia launched Maxwell just two weeks ago so volume production couldn't have began earlier than April. Which interestingly enough is when both GM204 and GM206 reportedly have been taped out. So how would a GM204 based GTX 960 look ? 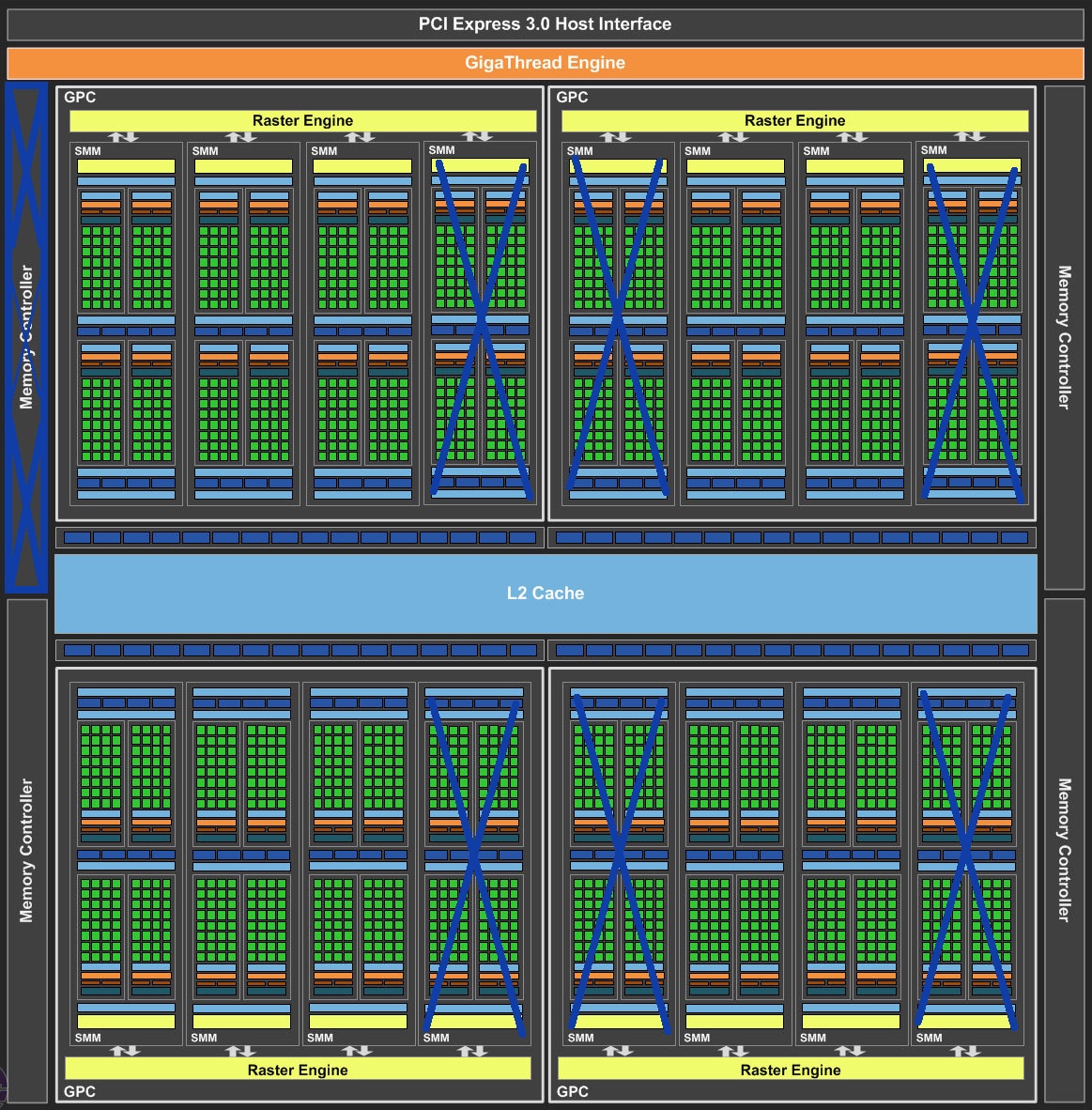 As consumers all we have to do is sit back and watch this cat and mouse competition in action, then reap all the benefits.