As we approach the July 7th launch date for Nvidia's upcoming GTX 1060 we're seeing more and more information about the card leak. The latest comes from a Polish technology outlet PurePC, who's editor revealed that GTX 1060 samples have been sent out to reviewers.

The Nvidia GeForce GTX 1060 is set to launch on July 7th, giving reviewers approximately 3-4 days to conduct their testing. Which is more than sufficient but notably significantly shorter than the lead time Nvidia gave reviewers with the GTX 1080 and GTX 1070. Perhaps lending some credence to the notion that Nvidia may have pushed the launch ahead to compete with the just released RX 480. 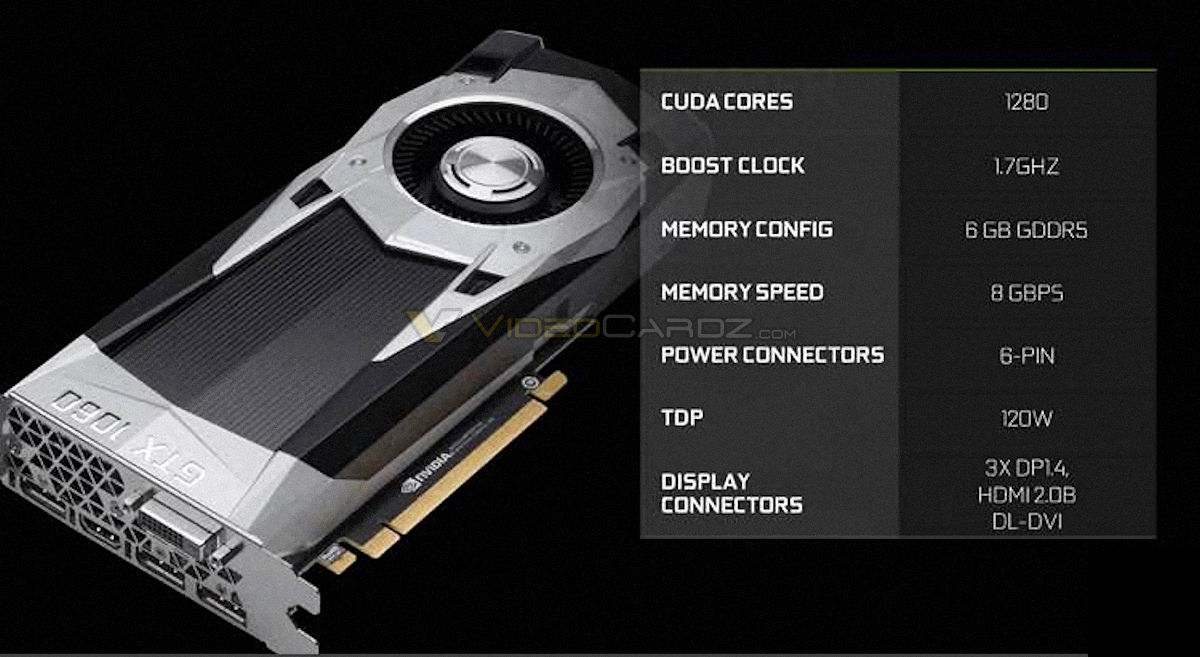 Furthermore, it's said that the likely reason SLI support has been disabled on the 3GB variant is to not affect sales of the higher end GTX 1070 and GTX 1080 graphics cards. Which hints at the potential performance of the GTX 1060 coming in at approximately half that of the GTX 1080.


This makes sense considering that the GTX 1060 has a similar boost clock speed to the 1080,  exactly half the number of CUDA and 60% of the memory bandwidth. So we're likely looking at the GTX 1060 delivering roughly ~55% of the GTX 1080's performance. Depending on how taxing a given game is on the memory subsystem we could see that figure go up or down. Which interestingly is exactly where AMD's RX 480 currently falls-in compared to the 1080. So we're set up for an extremely close race here between the 1060 and the 480.

Before we close this off there's one additional interesting bit reported by our friends over at videocardz. A Korean retailer announced a new promotion on GTX 1000 series. The promo includes a free copy of Overwatch with the purchase of select Nvidia GeForce graphics cards. Among those cards is the yet unannounced GTX 1060. 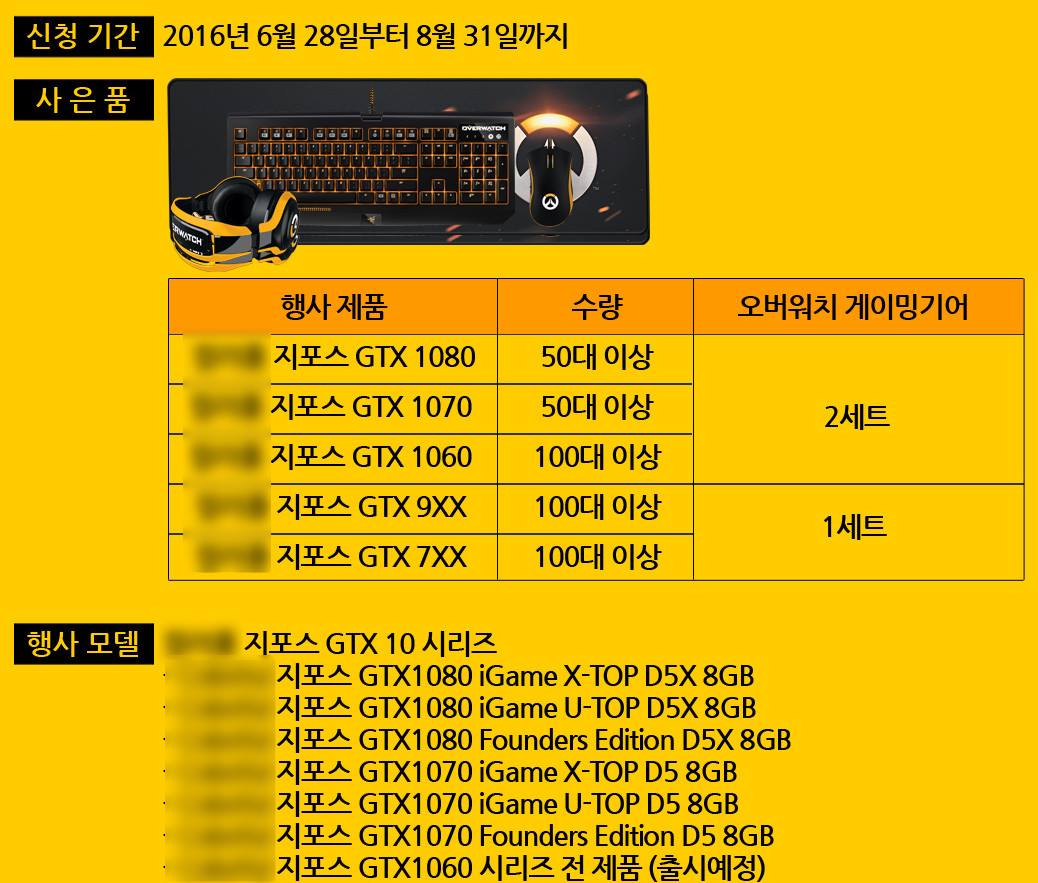