Shipments of Nvidia's GTX 1060 are already hitting retail stores, ahead of the card's official launch date on the 19th of July. The third installment in the GeForce GTX 1000 series is expected to be available worldwide for purchase next Tuesday. Priced at $299 and $249 for the Founder's Edition -- reference design -- and custom add-in-board models respectively.

The GTX 1060 is Nvidia's most affordable Pascal board yet and it is expected to compete against AMD's popular mainstream RX 480 graphics card which launched late last month. The GTX 1060 features Nvidia's midrange GP106 GPU with exactly half the CUDA cores as its older sibling GP104, which powers the GTX 1080.

Dragon Computers, a Dutch computer retailer, has teased the GTX 1060 launch on its facebook page. The retailer posted a photo of the very first batch GTX 1060 graphics cards that have hit its shelves. Which consisted of Gainward graphics cards, a popular Nvidia AIB partner in Europe. 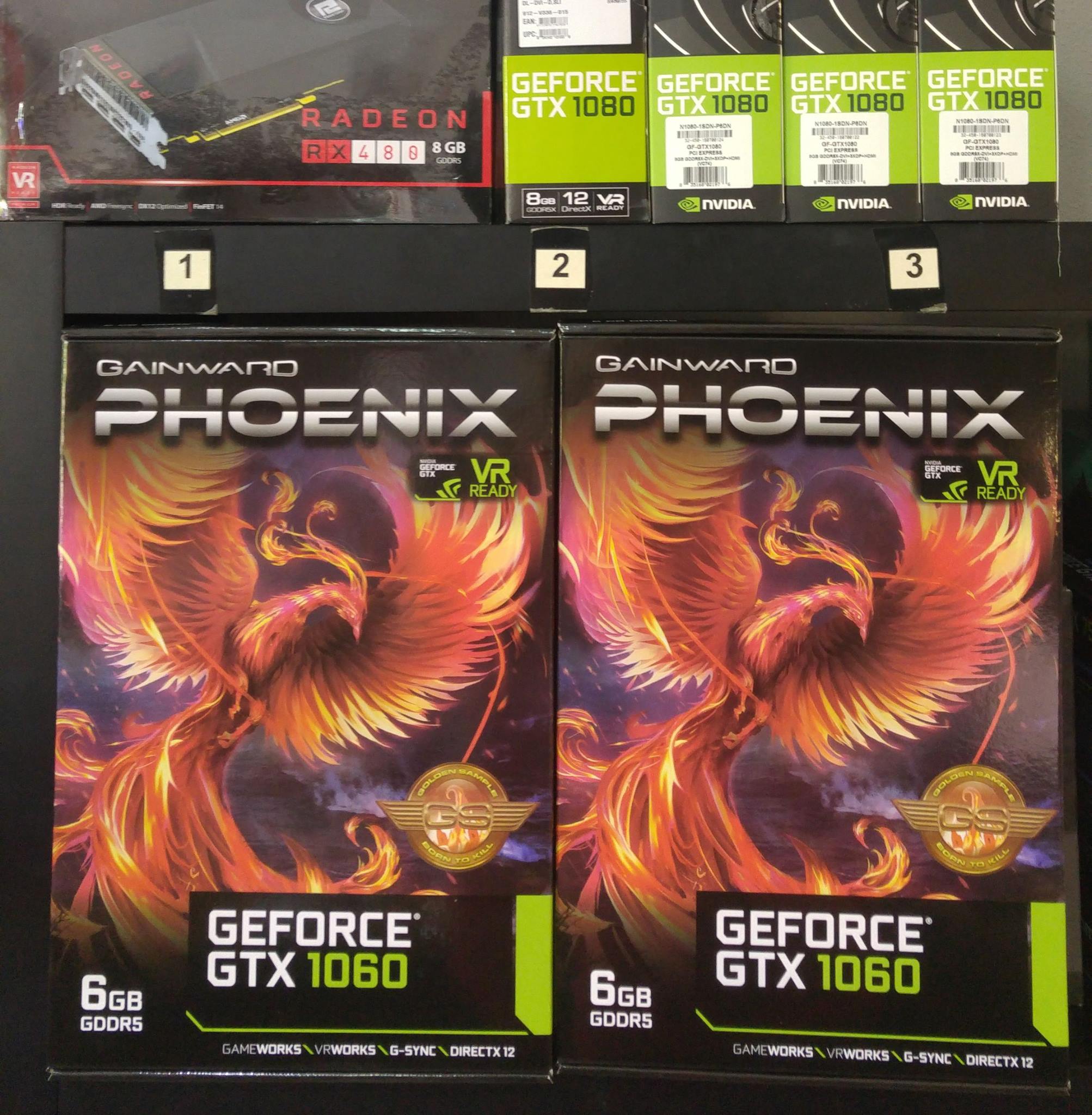 Special thanks to Virtual Pixel for the tip!

The GP106 GPU powering the GTX 1060 is approximately 200mm² large. The chip includes 20 Pascal Streaming Multiprocessors, with 64 CUDA cores each, for a total of 1280 CUDA cores. The GPU also features 80 Texture Mapping Units which deliver a texture fill rate of 120.5 GTexls/s. the GPU includes 48 Render Output Units arranged into groups of eight, each group connected to a 32bit memory segment. There are six 32bit memory segments which together form the the 192bit memory interface.

Connected to that 192bit memory interface is six GDDR5 memory chips clocked at 8Ghz, for a total of 192GB/s of memory bandwidth. In terms of capacity, as we've mentioned earlier, the card will come in 6GB and 3GB memory configurations. The graphics engine operates at a base frequency of 1506Mhz and boosts to 1708Mhz. Which delivers a peak single precision FP32 compute throughput of 4.4 teraflops.

The GTX 1060 graphics card is rated at a thermal design power of 120 watts, sixty watts less than the GTX 1080 which is rated at 180 watts.  Considering the performance of the GTX 1080, which is rated at 9 TFLOPS. This makes the GTX 1080 33% more power efficient than the GTX 1060. A result that's likely to do with the higher number of ROPs and larger memory interface per CUDA core compared to the GTX 1080. The reference design GTX 1060 -- Founder's Edition -- includes a single 6-pin power connector much like AMD's RX 480. In terms of I/O the card comes standard with three Display Port 1.4 connections, a single HDMI 2.0b connection and a single DVI-D output.

The majority of custom GTX 1080 and GTX 1070 graphics cards that have launched have been priced quite similarly to their Founder's Edition counterparts. It's not clear yet whether we'll see a repeat of that same unfortunate situation with the GTX 1060. But the hope is that with a mainstream card like the GTX 1060, pricing will be more competitive.