NVIDIA will be hosting their annual Graphics Technology Conference, more commonly referred to as GTC today. NVIDIA's CEO, Jensen Huang, will be delivering the opening keynote to officially kick off the event with a focus on AI and Deep Learning. The even will take place in San Jose, Silicon valley at the McEnery Convention Center at 9AM (Pacific Time), today.

Officially, NVIDIA's main focus for the event will be two key developments that have shaped their GPU business, that's AI and Deep Learning. If you have seen the previous keynotes from NVIDIA, their CEO have used GTC as a stage to present their latest HPC solutions for datacenters, super computing and professionals. Things are different this year as crypto mining has affected entire GPU markets so we may see some talk regarding that too.

NVIDIA’s GPU Technology Conference (GTC) is the premier AI and deep learning event, providing you with training, insights, and direct access to experts from NVIDIA and other leading organizations.

The crowd more more than 8,000 surging into the McEnery Convention Center — which includes researchers, press, technologists, analysts and partners from all over the globe — is our largest yet.

The 600+ talks on the docket may be the best testament to the spread of GPUs into every aspect of human endeavor.

Regardless, the Tesla V100 GPU was announced last year and it is shipping in various platforms. It looks like NVIDIA is finally going to present the world to where they are going next, Post Volta. The rumors have been flying around with new architecture names such as Ampere and Turing but no official details have been brought up. Maybe we will finally get to hear some concrete details from the world's GPU leader themselves. 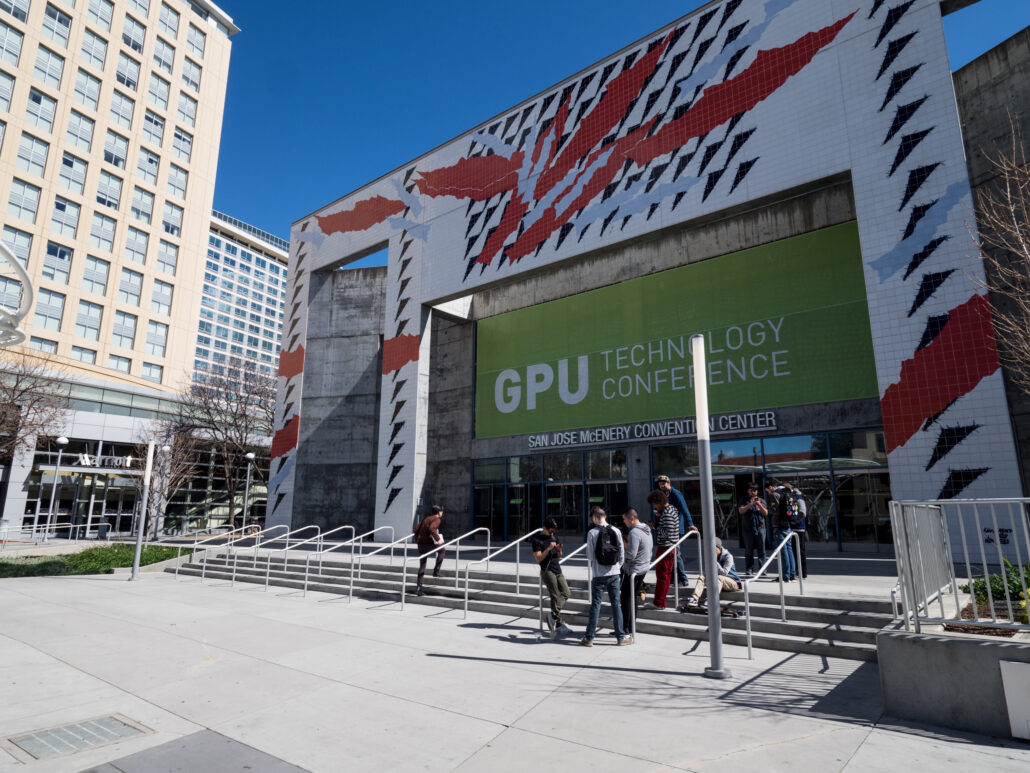 Those who are expecting gaming cards to launch during GTC may be in for a disappointment as the stage has never been used to present a Gaming or 'GeForce' lineup. NV GeForce usually does their own gaming specific event which is kept in wraps until the launch is really close. So far, there has been no indication from NVIDIA or the rumor mill that a new graphics card for gamers might be approaching soon.

Nevertheless, expect this GTC to be as grand as ever with over 8000 attendees and over 600+ talks related to GPUs and their surrounding ecosystem.

What are you expecting the most from Jensen's opening keynote for NVIDIA GTC 2018?
Total Votes: 2034
Voting is closed
Share Tweet Submit