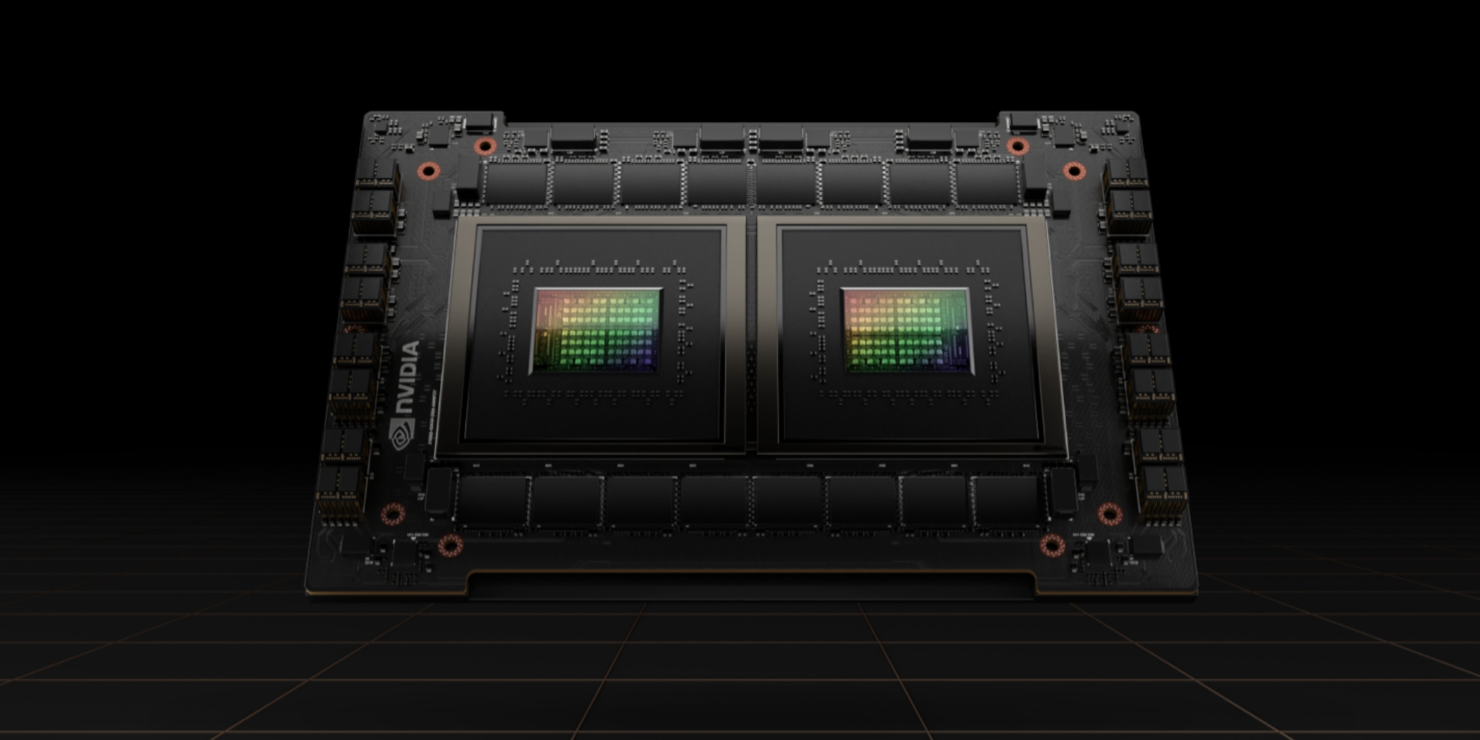 At GTC 2022, NVIDIA unveiled its Grace CPU Superchip, a platform with up to 144 ARM cores that has been touted to offer a 2x perf/watt gain versus traditional servers. During the event, NVIDIA's CEO nor the web pages shared much insight into the performance claims but a new slide has been shared by NVIDIA which projects the performance of the chip versus Intel's Ice Lake Xeon platform.

So a new performance slide of NVIDIA's Grace Arm CPU Superchip has been shared which shows the 'Projected' performance of WRF (Weather Research and Forecasting) using the standard NCAR WRF (v3.9.1.1 ported to Arm). The IB4 model is a 4km regional forecast of the Iberian Peninsula that is located in Southern Europe covering Spain and Portugal. 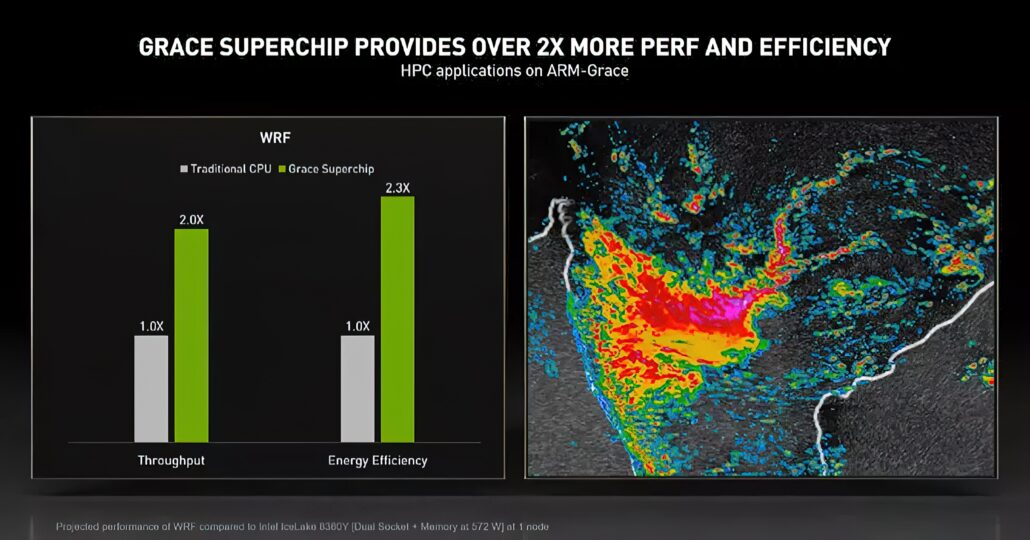 The performance was measured against the Intel Xeon 8360Y 'Ice Lake' CPU running in a dual-socket configuration. The whole platform was running at 572W in a 1-node configuration. Since each Xeon CPU has 36 cores, a dual-socket config would yield 72 cores and 144 threads. This is lower than the NVIDIA Grace Superchip but there could be several reasons why NVIDIA used it for comparisons with cost being one. 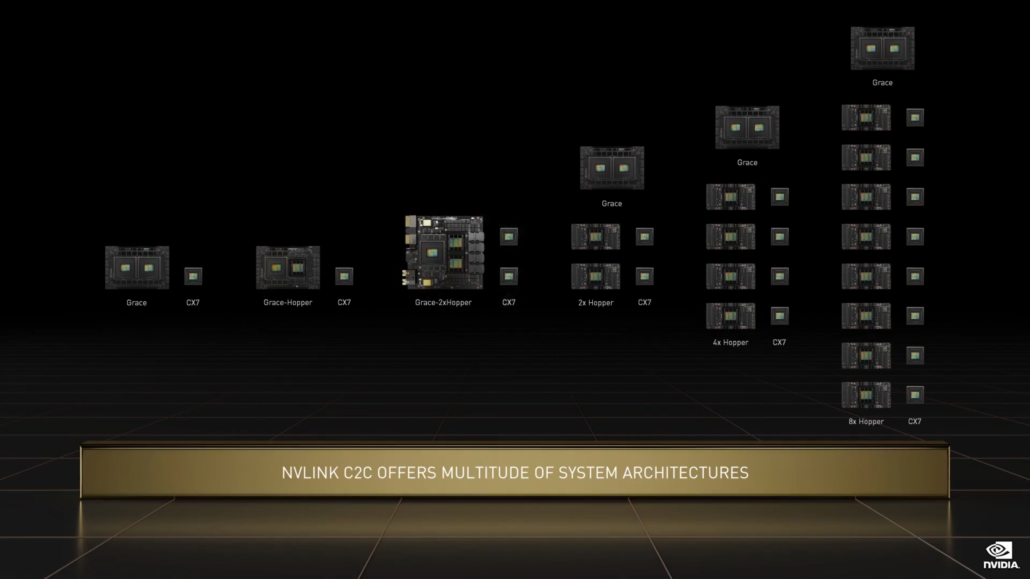 Coming to the performance numbers, the NVIDIA Grace CPU Superchip offers a 2x throughput and a 2.3x efficiency lead over the Intel Ice Lake platform. One reason for the huge performance uplift is because the WRF model is very dependent on memory bandwidth & the huge bandwidth figures bolstered by the NVIDIA Grace Superchip are really helping it in this specific HPC workload.

During its GTC 2022 unveil, NVIDIA did compare the Superchip to AMD's EPYC offerings featured on its DGX solutions. We were quick to find that the performance difference between Grace and EPYC isn't as big as seen in SPEC CPU 2017 Integer Rate results. But this might change since these are all relative projections and the CPU isn't planned for launch until the first half of 2023. It will definitely be interesting to see how the Grace CPUs stack up against x86 chips but by the time they release, they will be competing against AMD's Genoa and Intel's Sapphire Rapids CPUs.