A Chinese source has revealed the first picture of Nvidia's upcoming GF104 graphics processor which they received as a qualification sample, While the sample itself is based on the A1 silicon. The GPU is similar to the GF100 and makes use of a Integrated Heat Spreader to dissipate heat from underneath the die of the core. One more thing is that the new chip is rectangular instead of being a square which is a step forward to make more compact boards. The chip is built on a 40nm process and will have lower TDP then the GF 100 based chipset. The first GPU to hold the GF104 chip is the GTX 460. 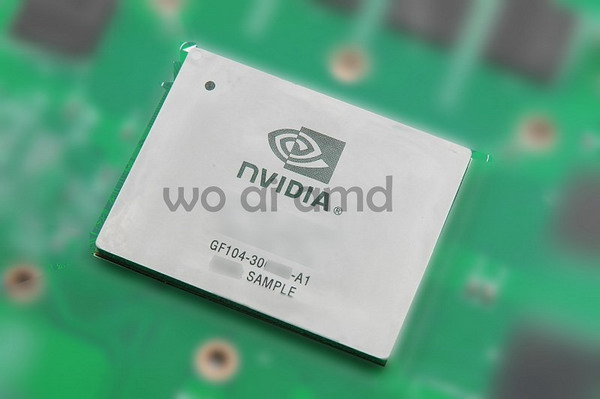