Both Gainward and GALAX are NVIDIA's first partners to release the respective vBIOS for their RTX 3090, RTX 3080, RTX 3070 & RTX 3060 Ti graphics cards. While the NVIDIA GeForce RTX 3060 comes with Resizable BAR support out of the box, users running the rest of the GeForce RTX 30 graphics cards have to manually update the vBIOS to enable support for the feature. Updating the vBIOS on a graphics card is not complicated but it sure is risky.

The thing that makes updating the BIOS on a graphics card riskier than a motherboard is that most graphics cards don't come with a dual-BIOS design. If you accidentally lose power or your PC goes haywire during the process, then you can just as well say your graphics card goodbye. Installing the BIOS on an unsupported graphics card is also not recommended. Only those models that are listed for support should be updated with the respective BIOS.

User cooldogman16 on the NVIDIA subreddit (via Sebastian Castellanos) states that NVIDIA & the rest of AIBs will be releasing the respective vBIOS for Founders Edition and various custom models by end of March or upcoming Tuesday. EVGA has stated that they will be releasing the BIOS for the GeForce RTX 30 series graphics cards on Tuesday too as mentioned in a tweet:

The vBIOS file comes packaged within a DOS-built Firmware Updater which checks if a firmware update is needed for your NVIDIA GeForce RTX 30 series graphics card and proceeds to give you the option to apply the update. Once again, the warning is given that losing power will result in damage to the graphics card. 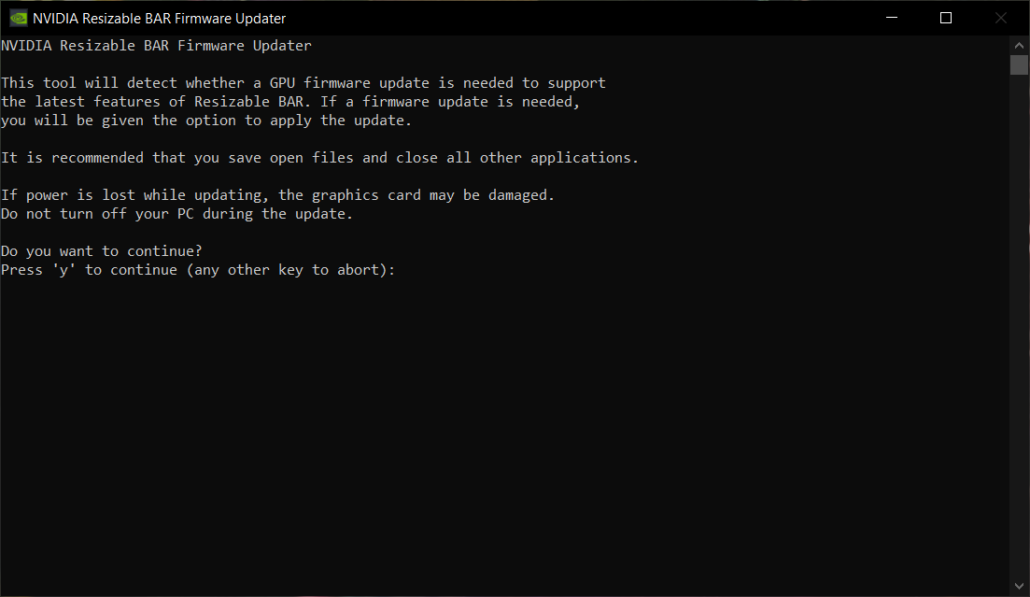 Another Redditor who goes by the name of El-Maximo-Bango has updated his GALAX GeForce RTX 3090 SG graphics card and posted a screenshot which shows that the NVIDIA GPU BIOS Firmware has indeed been updated and now supports Resizable-BAR. 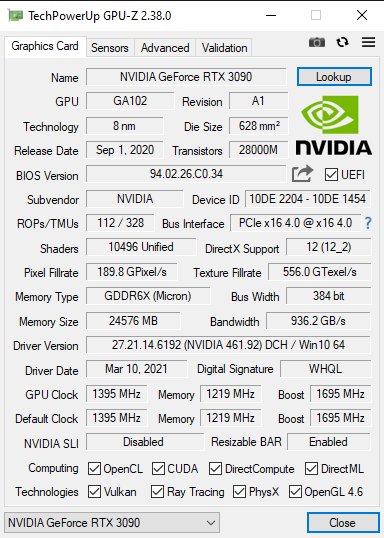 You can find the BIOS in the download links provided below. Once again, use them at your own risk and make sure you are using the correct graphics card version that is listed in the support panel.

In our own testing, we found the NVIDIA Resizable BAR technology to provide a decent boost in performance on our custom GeForce RTX 3060 graphics card, you can read more about that over here.