An alleged pictured of NVIDIA's GeForce RTX 3090 graphics card's PCB has leaked over at the bilibili (Via harukaze5719 & Kopite7kimi). The GeForce RTX 3090 is rumored to be flagship offering in the Enthusiast Ampere gaming graphics card lineup which will be unveiled on the 1st of September during a digital event hosted by NVIDIA's CEO, Jensen Huang.

Update: As per the proper source which is Yuki Anjou-YuuKi_AnS (BiliBili), the PCB is part of the GeForce RTX 3090 graphics card. Some new details suggest that one of the memory die has been blurred out which points a 24 GB GDDR6X memory layout with 12 DRAM chips on the front and 12 on the back.

[Original Article] The leaker reports that the PCB is from a non-reference board by Colorful which would serve as its flagship iGame GeForce RTX 3090 Vulcan-X series graphics card. The leaker has blurred out lots of PCB area as he mentions that some of the details of the PCB are classified & cannot be mentioned by him.

With that said, there's a lot to talk about so let's start. Just looking at the PCB, we can see that we're looking at the backside of the board. The graphics card is powered by three 8-pin connectors which will supply power to all of the components on the PCB. This confirms that at least the custom cards won't be featuring the rumored 12-pin power connector that was reported a while back as it could just be a Founders Edition only design choice (that also hasn't been confirmed yet). 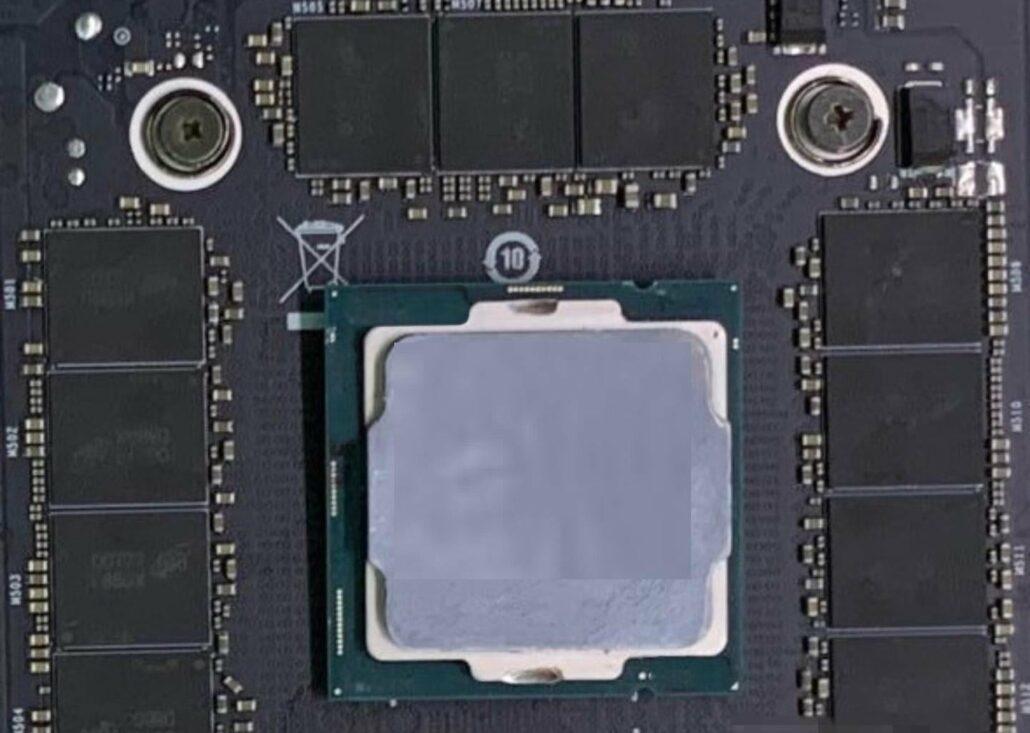 Looking at the card itself, there are at least 11 memory modules on the backside which seems to indicate dual-sided memory. Historically, cards with dual-sided memory chips feature the same amount of dies on either side so this would indicate 22 memory modules on the card. Considering these are 1 GB modules, the card could end up with 22 GB of VRAM across a 352-bit bus interface. However, earlier rumors have indicated 20 GB for the RTX 3080 Ti and 24 GB of GDDR6X memory for the flagship variant.

A recent rumor posted on Baidu forums suggests that NVIDIA is planning a 22 GB graphics card with a 352-bit bus interface so we might be looking at this right now. Again as far as core & VRAM specifications are concerned, nothing is confirmed so far. The other two interesting details is the interconnect which definitely doesn't look like the standard NVLINK design we have seen on the existing RTX 20 series cards but rather a new version.

There's also a secondary chip that seems to be featured right underneath the GPU itself. The leaker placed an Intel CPU on top of the chip so that it doesn't get exposed but it looks like NVIDIA may offer a secondary chip that is not a part of the GPU die itself that may handle a set of specific work loads which are yet to be detailed. Other features we can expect from the NVIDIA GeForce RTX 30 series graphics cards is a fully PCIe Gen 4 compliant design and enhanced power delivery to several components on the PCB.

The leak from yesterday also pointed out to several unique aspects of the GeForce RTX 30 series in regards to its PCB design. The details were more specific to the reference 'Founders Edition' cards but it looks like custom boards are going to take things up a notch considering this leak. There's also an alleged pictured of the ZOTAC GeForce RTX 3080 graphics card which seems to feature a triple-fan cooling solution in a standard 2.5 slot form factor. The card was leaked by the same user on Reddit but the post has also been removed. 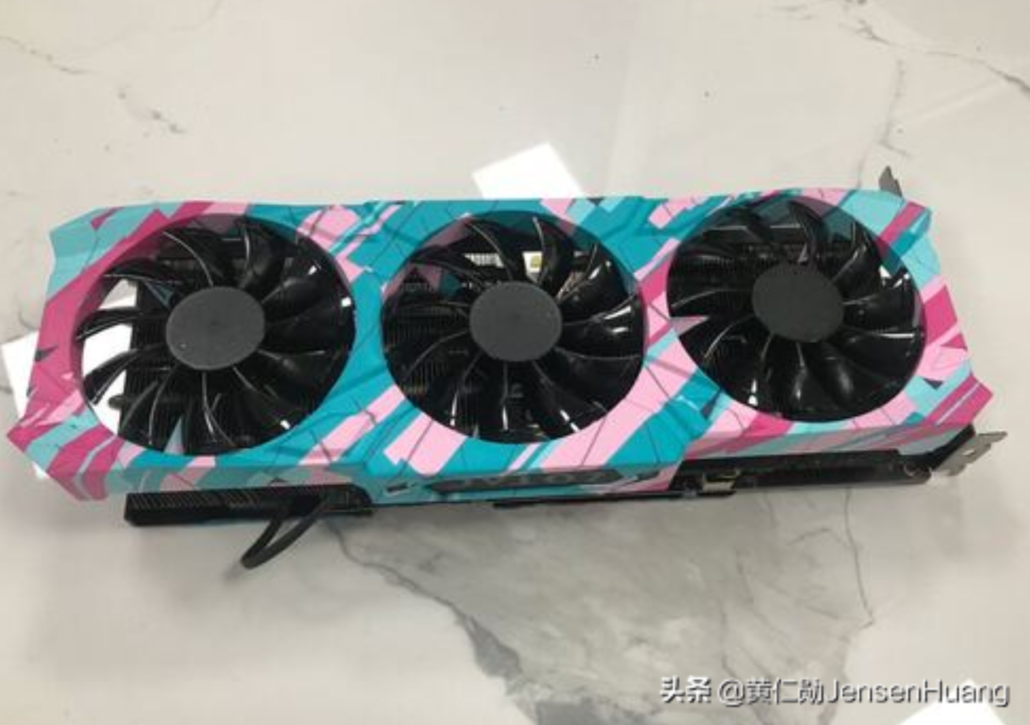 An alleged picture of the ZOTAC GeForce RTX 3080 Ampere gaming graphics card has also leaked out over at Reddit.

There's also a possibility that NVIDIA will announce its GeForce RTX 3070 graphics cards but that remains to be seen. The lineup will initially be available for pre-order in Founders Edition flavors only but recent rumors have pointed that we can also expect custom flavors as soon as the launch embargo ends a few weeks after the unveiling in September.