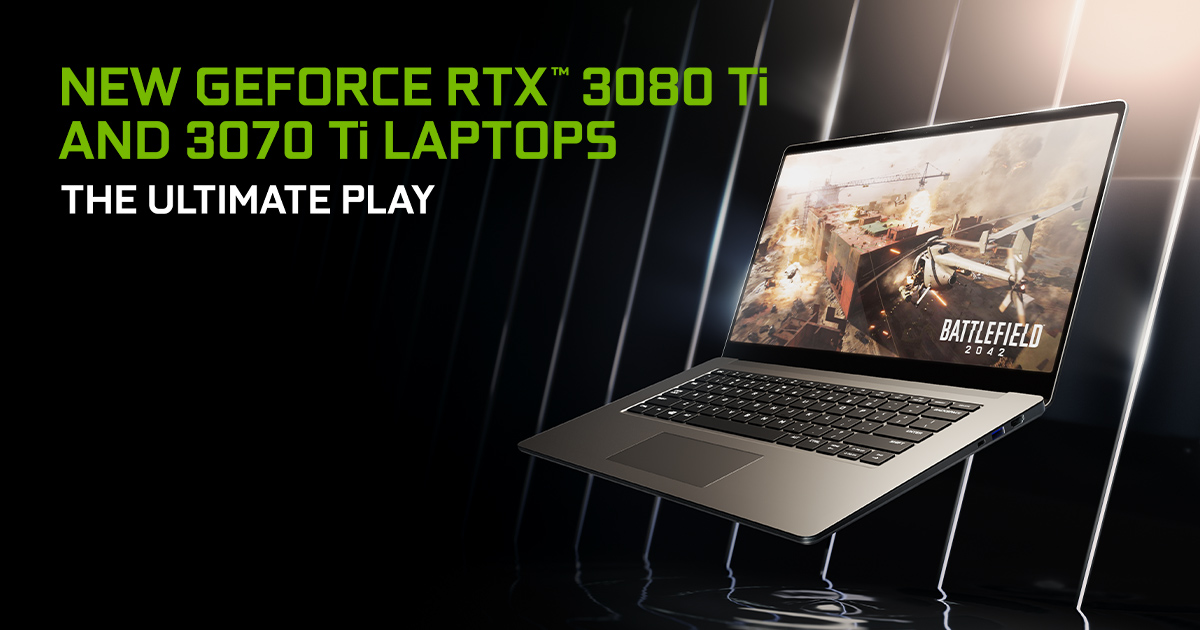 The latest entry was spotted within the Geekbench 5 OpenCL benchmark where the laptop GPU was featured on an MSI Vector GP66 (12UGS) laptop. This is one of the latest 12th Gen laptops introduced by MSI at CES 2022 and rocks some impressive specifications such as an Intel Core i7-12700H 14 core CPU, and the NVIDIA GeForce RTX 3070 Ti notebook GPU.

The NVIDIA GeForce RTX 3070 Ti on the other hand will feature the GA104 GPU and feature an overall performance of up to 70% faster than the GeForce RTX 2070 SUPER. The graphics chip will be featured in laptops starting at $1499 US. 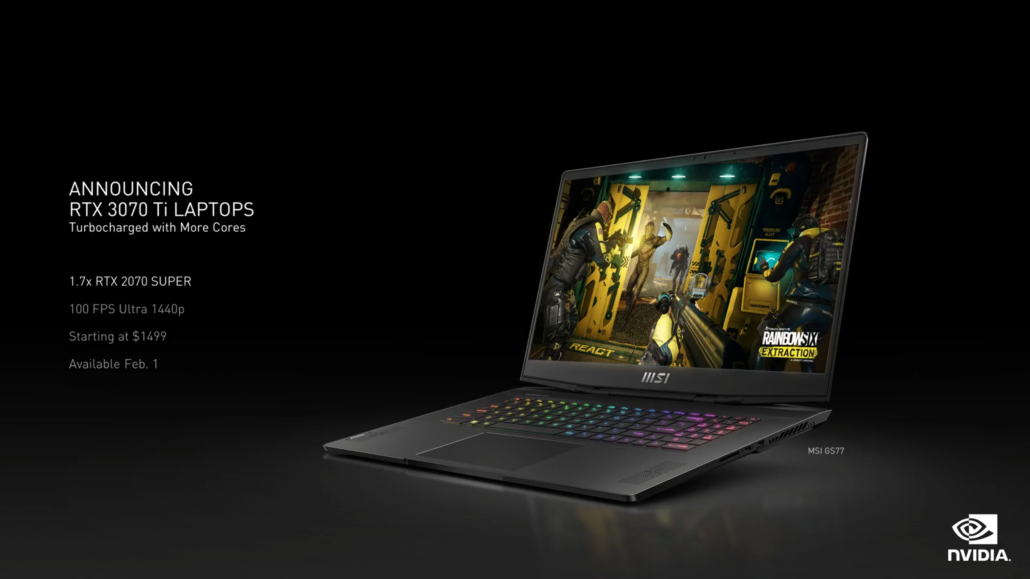 As for performance, the NVIDIA GeForce RTX 3070 Ti Notebook GPU scored 124220 points in the OpenCL tests. For comparison, this is on par with the GeForce RTX 3080 Laptop GPU & the desktop-class Titan RTX graphics card. NVIDIA claimed that the 3070 Ti 8 GB would be up to 70% faster than the RTX 2070 SUPER for laptops and based on the average performance numbers, that definitely is the case with the performance ranging between 60-70% faster depending on the notebook design. 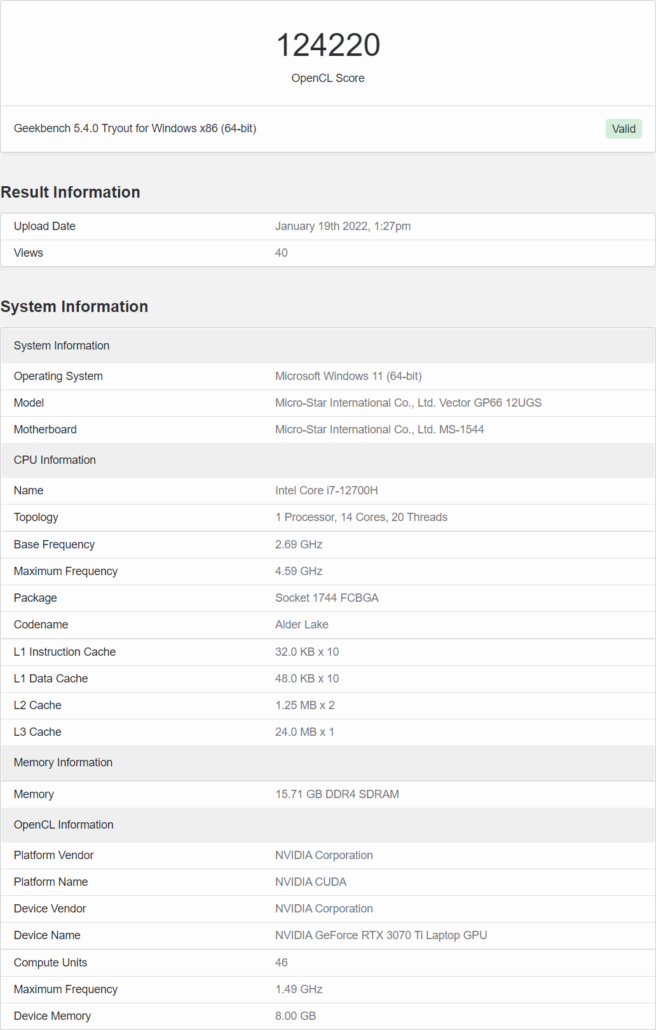 The comparison that NVIDIA made wasn't particularly a Geekbench one but a Gaming one so there could be certain titles that leverage RT, DLSS, and SAM features for extra added performance over the Turing GeForce RTX 20 series parts. Additionally, having half the memory will definitely offer a lower power consumption compared to the 16 GB RTX 3080 Ti Notebook GPU which features very high power consumption and has to be power limited down to near 100W to make it a viable GPU solution on most notebooks out there.