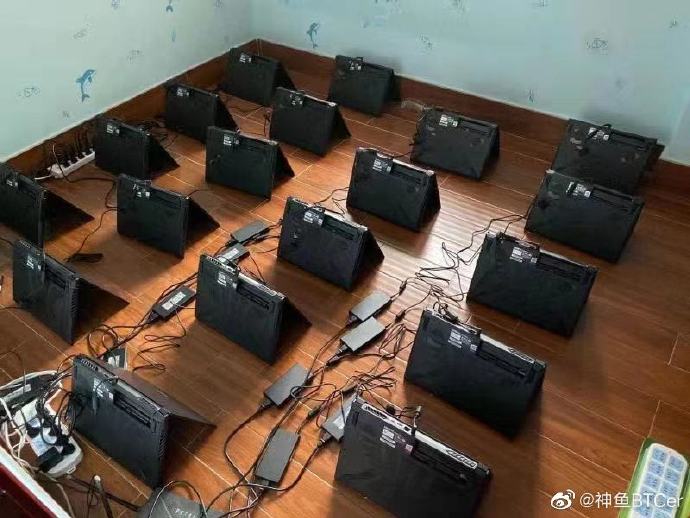 Last week, it was reported how cryptocurrency miners are rushing after NVIDIA GeForce RTX 30 Gaming Laptops to earn that sweet digital currency profits. Well, now a video tour of one of the mining farms has surfaced showcasing several hundred gaming laptops being used to mine the cryptocurrencies.

Earlier, we only got to see a glimpse of the cryptocurrency mining farm but a brand new video has surfaced which shows the complete scale of the setup. The setup is based in China but the user has not mentioned the location for obvious reasons. As you can tell, the mining farm is set up with and utilizes NVIDIA GeForce RTX 30 Gaming laptops from the Chinese manufacturer, Hasse.

The Hasse laptop is based on the GeForce RTX 3060 mobility GPU. The GeForce RTX 3060 laptop solution is definitely not similar to the desktop variant which offers much better specifications and doesn't come at a lower price either. According to NVIDIA themselves, the RTX 3060 laptops start at $999 US & the miners can save a penny by purchasing in bulk but they end up paying at least $600 US more for the laptop variant. Plus, they also end up with unnecessary hardware that the laptops feature. At the same time, the laptop variants do feature reduced TGPs which might save electricity costs & offer higher cryptocurrency mining rates.

What's interesting here is that the user has bought these laptops in a bulk order which means that either the retailer, distributor, or the manufacturer itself is openly supporting cryptocurrency miners over actual customers such as gamers which these laptops are primarily designed for. The selling party could be taking advantage of crypto miners by selling these at scalped prices to earn a profit. 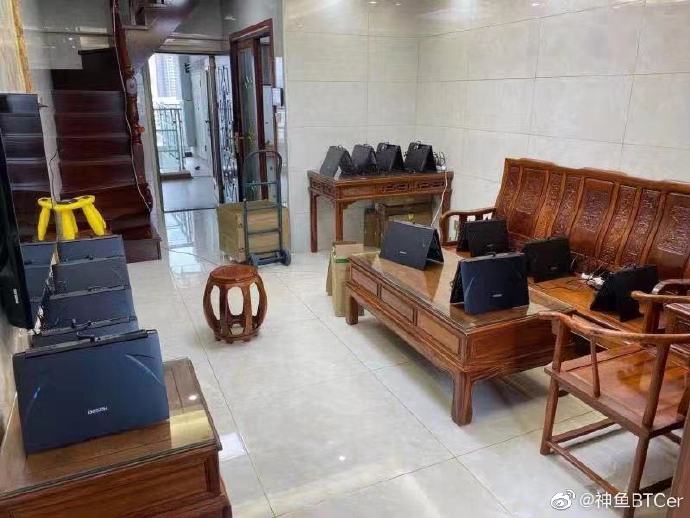 This is quite concerning for those who have been waiting to get hands over a brand new gaming laptop but unable to do so now with miners and scalpers now taking over this particular segment (laptop) as well after destroying the desktop DIY market which is currently in an even worse state than the previous mining crash of 2017-2018. NVIDIA is expected to take action against miners but we have yet to see that and considering the scale of cryptocurrency mining right now, it will be quite a task for the green giant.

In the meanwhile, manufacturers are releasing more and more hardware that is primarily suited to cryptocurrency miners. EVGA, for that purpose, will soon be launching its 1300 M1 PSU which has a 1300W rating and features an 80 PLUS Gold certification. The PSU features a standard ATX design & comes with a fully modular design. The PSU supports up to 6 graphics cards, features a 4+4 plug for the CPU, has two 6-pin plugs for peripherals, and two SATA ports for the storage device. This kind of PSU is particularly built for running multiple NVIDIA and AMD GPUs in mining farms or a standard mining setup.

Some of the highlighted features of the EVGA 1300 M1 Cryptocurrency mining PSU include:

The PSU is listed over at Newegg for a price of $294.99 US and comes with a 7-year warranty. To make things more interesting, while Newegg is selling the PSU right now, only EVGA's Chinese & Japanese pages officially list down the PSU. It makes sense though because cryptocurrency mining is currently very popular in the Asian markets.