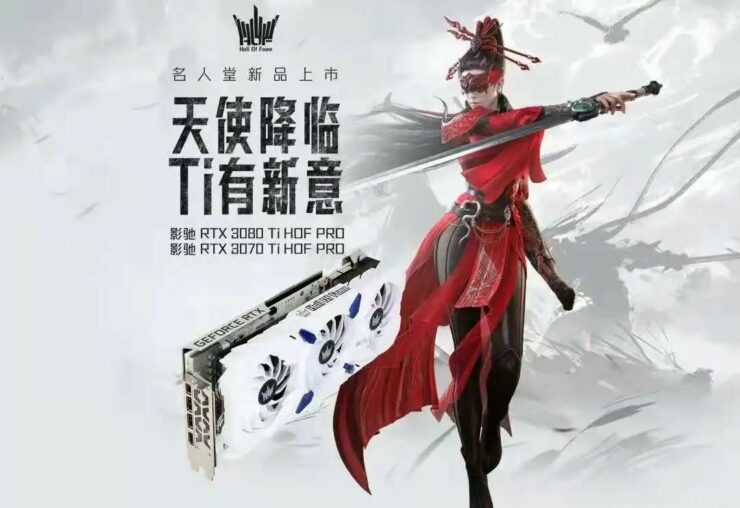 GALAX is launching two graphics cards in their Hall of Fame (HOF) Pro series — the RTX 3070 Ti and RTX 3080 Ti. The HOF Pro cards offered by GALAX are a lower quality compared to other GPUs that  offer enough design changes, such as an alternate cooling design, to entice buyers. However, the cost is still quite high due to the current GPU market.

The GALAX HOF Pro RTX 30 Ti series offer a three fan cooling solution with a 3.5-slot design. GALAX HOF Pro cards are synonymous for having a noticeable white PCB, but it is noted that it is not the same board used for the regular HOF lines. Both cards showcase 2x8 pin connectors unlike their non-PRO models featuring 3x8 pin connections. 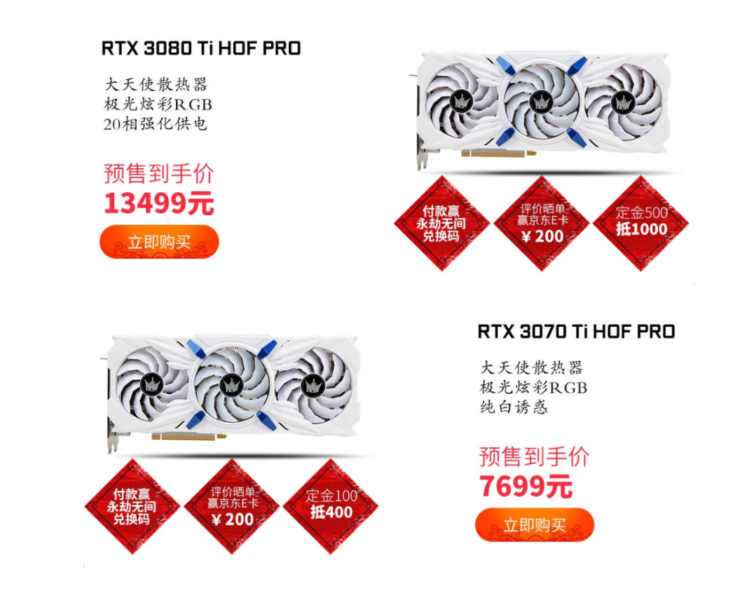 Founded in Hong Kong in 1994 formerly known as Galaxytech, GALAX has been fully committed to bringing the most innovative computer hardware to the growing worldwide market. By recruiting talented designers and sourcing the most advanced manufacturers, GALAX established its renowned reputation in creating sophisticated computer hardware and began its long-term AIC partnership with NVIDIA in 1999.

[...]The HOF series is dedicated to overclocking enthusiasts and hardcore gamers. Ever since making its debut in 2011, the world record breaking “Hall of Fame” series has been given prestigious awards from around the globe, thus becoming one of the most recommended and trusted series of graphic cards by gamers and PC building enthusiasts.

[...]GALAX now offers a wide range of computer parts and gaming gear products such as gaming mice, gaming headsets, gaming keyboards, case fans, and gaming chairs. With the vision of creating the most immersive gaming experience and together with elite gamers and content creators, GALAX continues to explore the unlimited possibility of what is next in the world of gaming with a focus on moving the industry forward.