The first performance numbers of NVIDIA's upcoming Max-Q design GeForce RTX 2070 graphics card have leaked out. The results show us what to expect from the mobility GeForce RTX 20 Max-Q series chips which are going to be introduced around CES 2019 and will the first mobile GPUs to feature support for GDDR6 memory and the new Ray Tracing technology.

The NVIDIA GeForce RTX 2070 Max-Q will be a high-end gaming notebook option which will find its place between the mainstream GeForce RTX 2060 Max-Q and the higher end RTX 2080 Max-Q. The graphics card is reported to feature 2304 CUDA cores and a clock speed of 1300 MHz. The graphics card will come with 8 GB of GDDR6 memory and considering the other Max-Q card has slightly lower clocked memory, I believe the RTX 2070 Max-Q would also feature the 12 Gbps memory dies.

The performance results leaked in the Final Fantasy XV benchmark databased (via TUM APISAK), show that the graphics chip will be able to offer similar or better performance than previous high-end graphics cards such as the GeForce GTX 1080 and the Radeon RX Vega 64. Now one game isn't the entire picture of this chip's performance but we can see the GeForce RTX 2070 Max-Q mobility in a good lead and this is good to know considering it's thermal and power constrained over the desktop graphics cards. 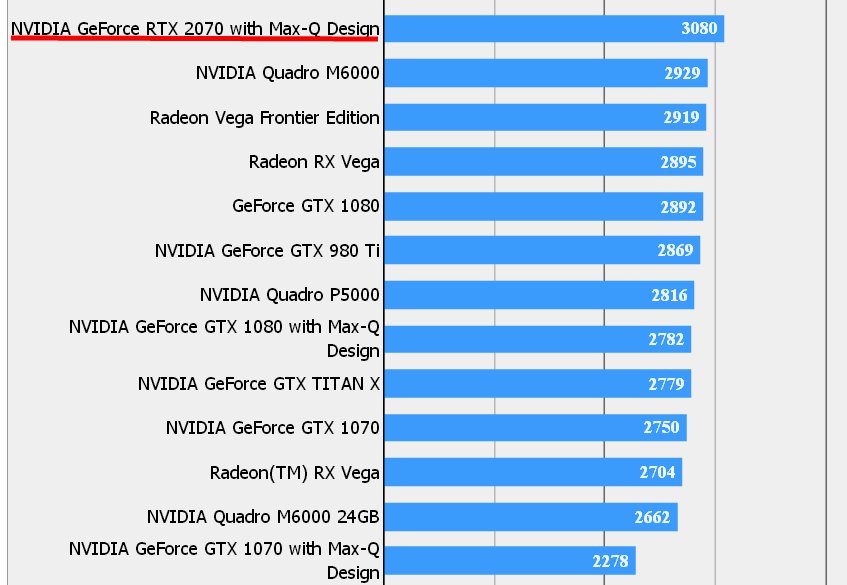 This will definitely push NVIDIA's dominance in the mobility sector with powerful graphics designs but it will also be interesting to see how the power and thermal numbers hold up with such GPUs. 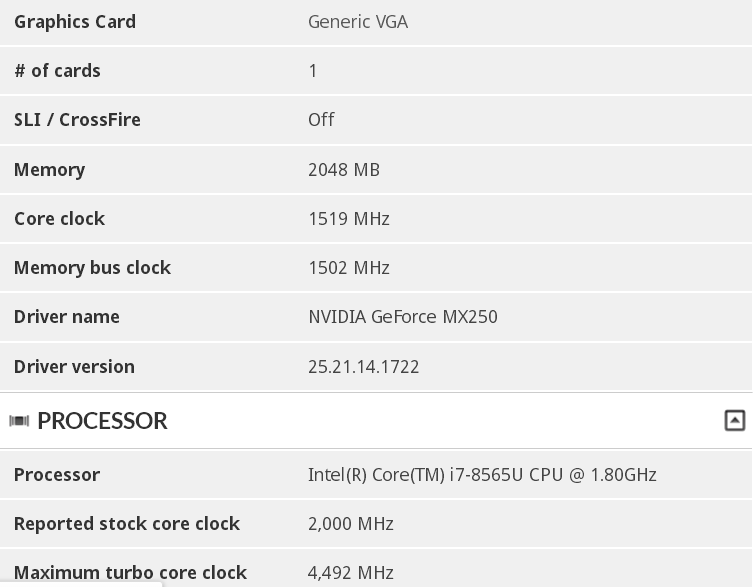 In addition to the GeForce RTX 2070 Max-Q performance numbers, we also have some more GPU details for the upcoming NVIDIA GeForce MX250 graphics chip. The latest details leaked in the 3DMark show that the card would feature 2 GB GDDR5 VRAM and clock speeds of 1519 MHz on the core and 1502 MHz (7 GHz effective) on the memory.