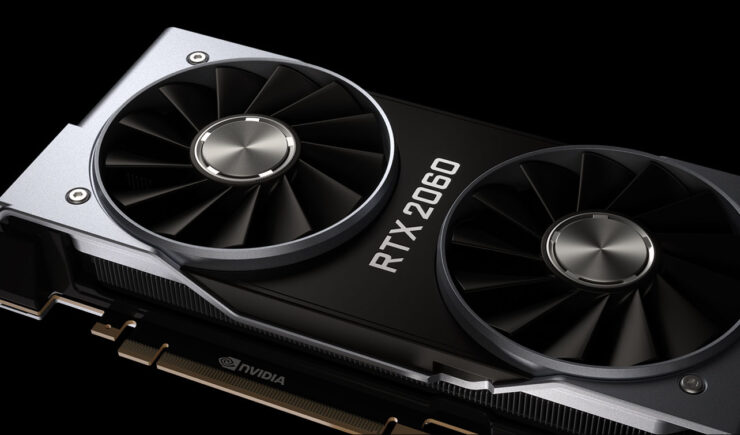 NVIDIA is reportedly readying a new series of GeForce RTX 2060 graphics cards that might feature 8 GB GDDR6 memory. The report comes from PCGamesN who have found traces of 8 GB variants of the GeForce RTX 2060 graphics cards within listings on EEC (Eurasian Economic Commission). It might seem to indicate that NVIDIA is trying to clear away inventory of its mainstream cards prior to the launch of its next-generation GeForce GPUs.

NVIDIA's GeForce RTX 2060 has seen a couple of variants with the most recent being the RTX 2060 SUPER which was released officially by NVIDIA and the KO variant which was more of a AIB specific variant from EVGA with toned down costs. Historically, NVIDIA's mainstream 106/116 dies featured slightly lower VRAM compared to the higher-end parts but with the RTX 2060 SUPER, they updated the card with 8 GB GDDR6 VRAM rather than just 6 GB on the standard variant. It looks like NVIDIA AIBs are working on updating the standard variants with 8 GB GDDR6 memory too. 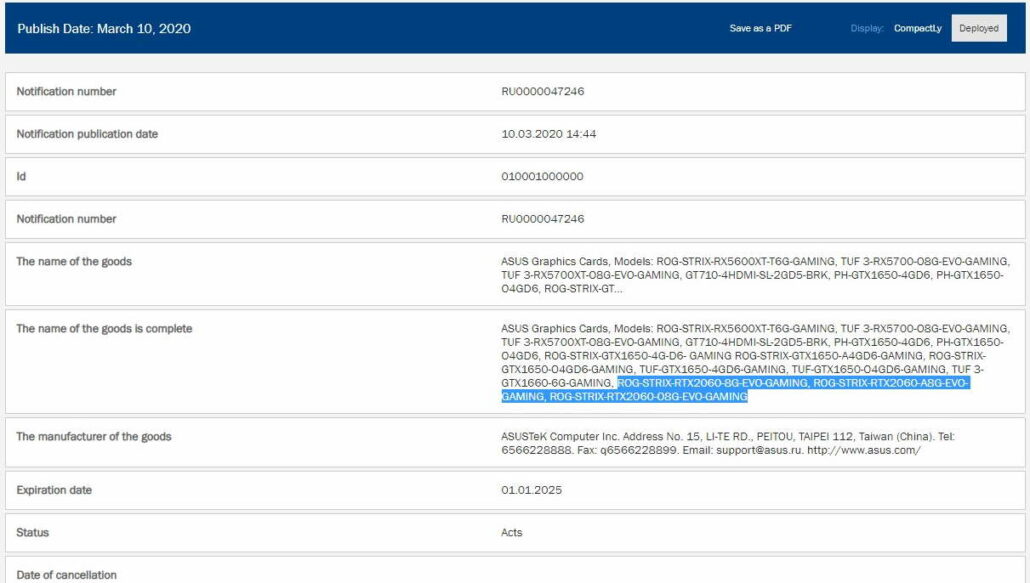 According to the EEC listing, there are at least three variants that have been spotted. The trio of cards are from ASUS and include the following variants:

What AIBs are doing here is equipping the GeForce RTX 2060 with 8 GB of memory instead of just 6 GB. The core configuration of the GeForce RTX 2060 8 GB graphics cards lineup is likely to remain untouched with the TU106 GPU core featuring 1920 CUDA cores and 14 Gbps memory dies but the bus interface would get a bump to 256-bit instead of 192-bit. In that case, we are looking at 448 GB per second bandwidth on the RTX 2060 SUPER with 8 GB VRAM. 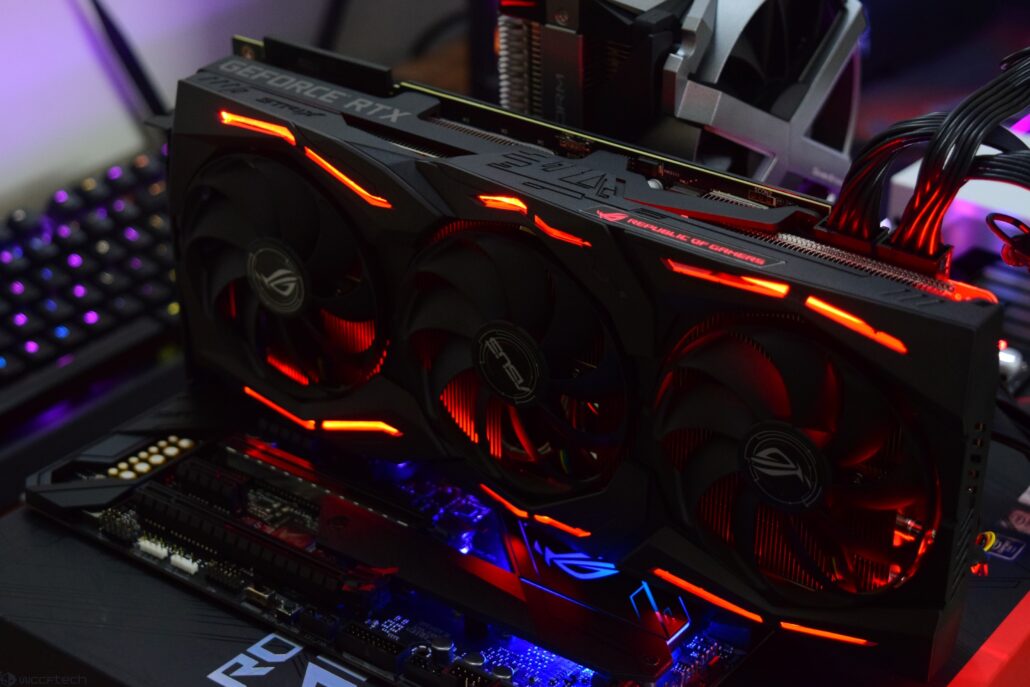 With the recent price cut on the RTX 2060 graphics cards, we would be looking at around $330 to $350 US asking price for the 8 GB variants since the SUPER variant start at $400 US. This could be a possible inventory clear up of older TU106 GPUs that are in the hands of AIBs prior to the launch of NVIDIA's next-generation GeForce graphics cards or an AIB specific launch since EVGA released its own KO series with much lower price points than the rest of the 2060's available out in the market.

The variant will still be competing against the Radeon RX 5600 XT 6 GB which offers higher GPU/graphics performance than the standard RTX 2060 but an 8 GB memory might give the RTX 2060 a slight edge at higher resolutions, that is if it has the core performance to run those titles at the said resolution. There's no available launch date but we might get to see the new 8 GB RTX 2060 graphics cards in a couple of months.