The NVIDIA GeForce GTX 1080 is the next chapter of evolution in the GeForce family. Based on the Pascal GPU architecture, the GeForce 10 series cards deliver the fastest graphics performance on a single chip. These GPUs are extremely efficient and deliver better performance per watt compared to previous generation offerings.

The NVIDIA GeForce GTX 1080 features the GP104-400-A1 GPU with 7.2 Billion transistors. The GPU comes with 2560 CUDA cores, 160 Texture Mapping Units and 64 Raster Operation Units. The card has clock speeds of 1604 MHz and 1733 MHz which deliver up to 9 TFLOPs of single precision compute performance and can boost to higher clock speeds with the new GPU Boost 3.0 algorithm.

NVIDIA features 8 GB of GDDR5X memory on their GeForce GTX 1080 graphics card. The next generation GDDR memory runs at 10 GB/s effective speeds along a 256-bit bus. This delivers a total cumulative bandwidth of 320 GB/s. The card has a pixel fill rate of 102.8 GPixels/s and texture fill rate of 257.1 GTexels/s. The card has a 180W TDP which will be powered through a single 8-Pin connector. Display outputs include 3 Display Port 1.4a, HDMI 2.0b and a single DVI-D port. A more detailed look at the PCB can be seen here while full list of features can be seen here.

The performance benchmarks from the review can be seen below. The testing was done on a single GeForce GTX 1080 Founders Edition cards in a range of AAA titles. Settings were maxed out and are mentioned in the charts. All games were tested on 1440P and 4K resolutions which and compared against the GeForce GTX 980, GeForce GTX 980 Ti, GeForce GTX Titan X and Radeon R9 Fury X. While the GPU is an improvement in all ways possible, another thing to note is that the GeForce GTX 1080 comes with higher VRAM compared to 980 Ti and the Fury X which benefits a lot on higher resolutions. 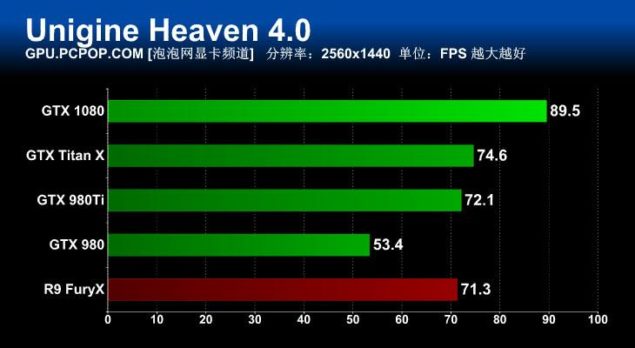 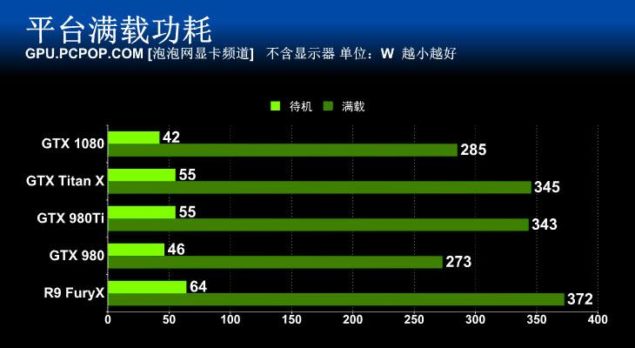 You can check out our review roundup article which will be live in a few minutes for more detailed analysis. The GeForce GTX 1080 will be available for sale on 27th May for $599 US for custom and $699 US for Founders Edition models.