It looks like the COVID-19 pandemic didn't stop consumers from buying new hardware and as a result, Q2 2020 saw a 2.5% increase in GPU shipments compared to Q1 2020. Typically, the 2nd quarter is down each year but as seen in the results, NVIDIA and AMD moved a good amount of units. 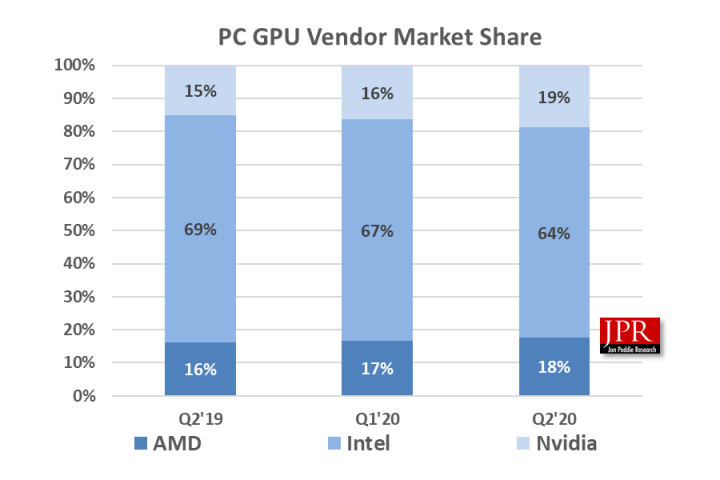 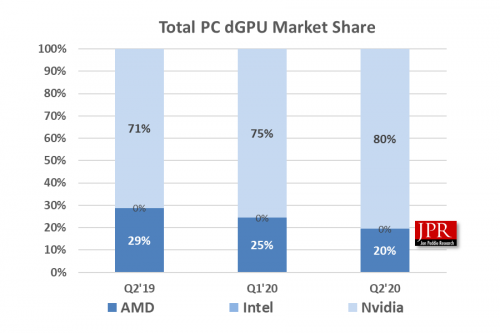 Coming to the discrete graphics numbers, the overall AIB market increased by 6.55% from the previous quarter. NVIDIA gained some huge market share, climbing back to 80% versus 75% in the previous quarter. AMD didn't fare as well in the discrete graphics segment as its share fell to 20%. AMD's discrete GPU market share was 29% during Q2 2019 which means that AMD has lost 9% of its graphics foothold since last year.

The higher number of shipments could be attributed to the release of NVIDIA's GeForce SUPER line up of GPUs, both for the desktop and mobility segment. NVIDIA's SUPER line of mobility GPUs were featured on several high-performance AMD 3rd Gen Ryzen and Intel's 10th Gen Core laptops. They were also featured in mainstream options priced within the sweet-spot category. At the same time, promotions on the older GeForce Turing graphics cards and game bundles pushed sales for the PC desktop cards. 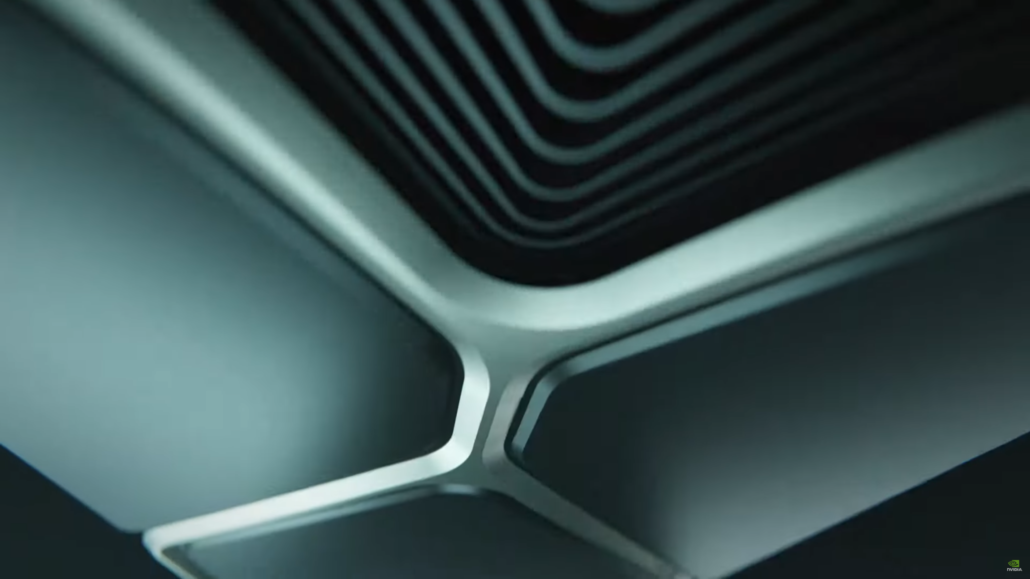 AMD didn't hold back in the desktop field with the Radeon RX 5700 and Radeon RX 5600 cards getting price cuts every now and then but AMD failed to offer any product within the enthusiast performance category, both in the desktop and mobility space. AMD's Radeon RX 5700 Mobility was also missing in action entirely from the notebook space for a long time whereas NVIDIA had several high-end and mainstream budget options targetted at the mobility segment.

For the second half of 2020, we can see NVIDIA retaining or pushing its share even further since they are about to release their next-generation Ampere GeForce RTX 30 series graphics cards. AMD also plans to release its Big Navi 'Radeon RX' graphics cards around Q4 2020 so expect the market to remain heated during the winter season!