If you are a a PC builder who's planning to buy a new graphics card for the latest AAA titles coming in 2017, then you should check in NVIDIA's latest GeForce bundle deal.

The new GeForce Bundle will include two upcoming AAA titles, Ghost Recon Wildlands and For Honor. The games will be bundled with the GeForce GTX 1080 and GeForce GTX 1070 (Desktop/Notebook) GPUs that feature high-performance graphics capabilities beyond 1080p resolutions.

Both games have a retail price of $60 US which would add more value to your GeForce purchase. Users can select between the two as per their own preferences. The games will be available through selected retailers on a time-limited offer. 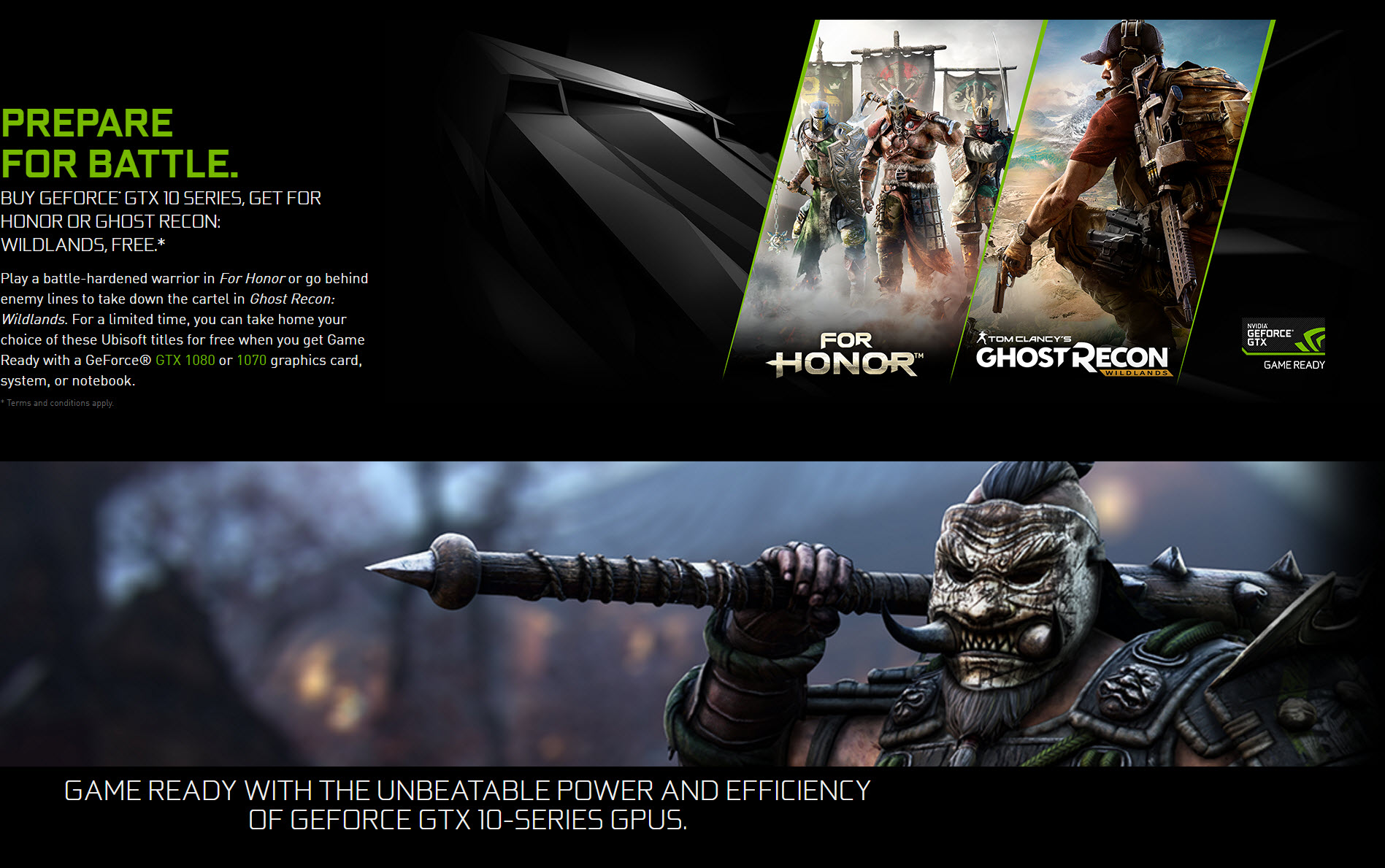 NVIDIA mentions that both NVIDIA GeForce Experience and Ubisoft Uplay would be required to claim the games. The offer starts today and will last till 28th of March, 2017. You can head over here to find more information on the redemption process and find out the participating retailers.

NVIDIA released a detailed post on the recommended GPUs for For Honor. According to them, gamers at 1080p can use the GTX 1060 and similar performing cards for smooth 60 FPS gaming at high res. Similarly, gamers with GTX 1070 and similar performing cards can game at smooth 60 FPS at the 1440p resolution on high settings. For 4K, it's recommended to crank up your GPU to either SLI'd GTX 1070's or a Titan X (Pascal). 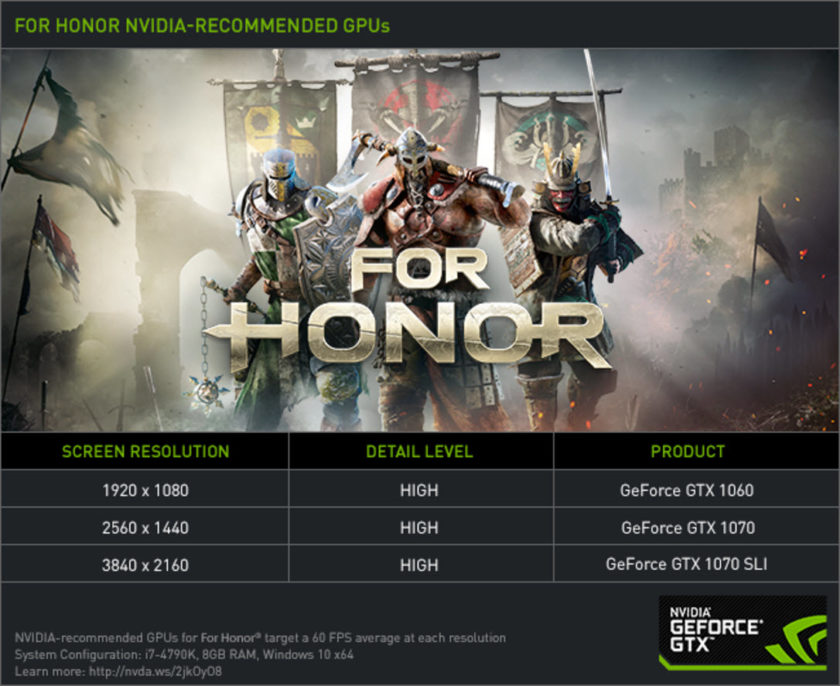 In our For Honor benchmark, used for determining the recommended GPUs for the game, there are only a few momentary spikes and none above 33.3 milliseconds; there are no periods of spiking between low and high frametimes; and almost all of the benchmark runs at below 16.6 milliseconds, the 60 FPS sweet spot. In other words, the recommended GTX 10-Series GPUs not only deliver a High level of graphical fidelity at over 60 frames per second, they’re also super smooth with no stuttering or stalls, giving you a fluid, responsive gaming experience. via GeForce 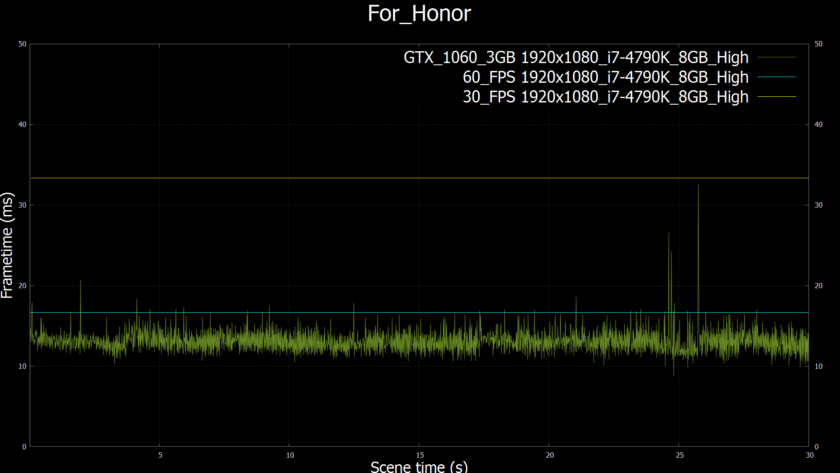 Each game supports a number of NVIDIA GameWorks effects and technologies, in addition to being fully compatible with GeForce Experience’s Share, GameStream and Optimal Playable Settings features. For further details stay tuned to GeForce.com in the lead up to For Honor’s February 14th release, and Ghost Recon Wildlands’s March 7th release. via GeForce

For Honor will be available to play on 14th of February 2017. The requirements for Ghost Recon Wildlands have not yet been detailed apart from the Beta requirements but the game is expected to be released on 7th March 2017.