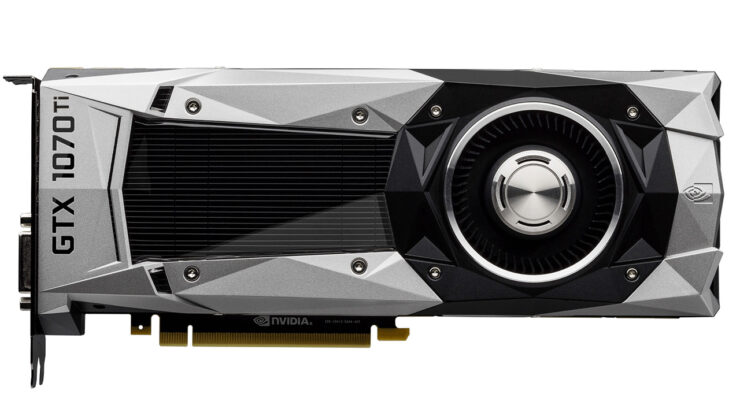 We have another round of benchmarks of the upcoming NVIDIA GeForce GTX 1070 Ti graphics card which has just surfaced. This time, both TimeSpy and FireStrike extreme runs were recorded. Interestingly, the frequency of the card is recorded as 1866 MHz, which is a pretty decent clock rate all things considered.

A few days ago, the AotS score of the 1070 Ti graphics card from NVIDIA leaked out so it's not surprising that we are seeing more leaks of the same since it is clear that there are cards undergoing testing right now. Unlike the former however, 3DMark's benchmarks are much more reliable for comparison purposes and we have both the FireStrike Extreme and Time Spy flavors. 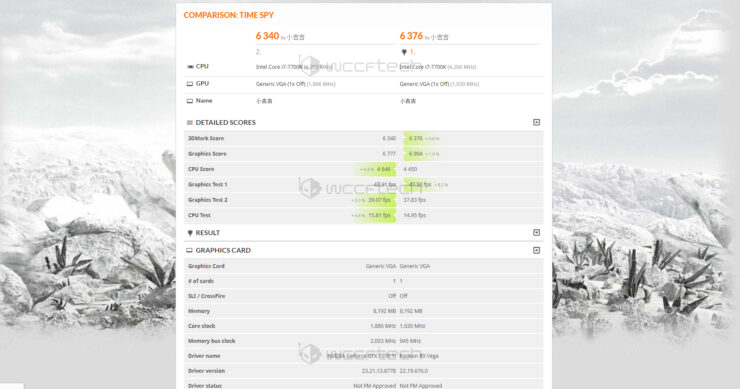 In the Time Spy benchmark, the GTX 1070 Ti manages a graphics score of around 6,777 points. This is a pretty decent score considering an overclocked GTX 1070 scores in the 6000 range (at a clock rate of 1998 Mhz). This is approximately the same score that you can expect from a Radeon RX Vega 56 - meaning NVIDIA is targeting it dead center at its AMD counterpart.

In FireStrike Extreme, the card scores around 9449 points, which is lower than the RX Vega 56 clocking in at around 9949 points. Keep in mind however, that this is an early sample and there is usually a variation in points with different test runs. But based on these early numbers the GTX 1070 Ti is just slightly behind the RX Vega 56. After the final clock tuning has been set in place and drivers have been updated, we are sure it will be able to go toe to toe with the AMD counterpart quite easily.

Now there have been rumors that the card will not be overclockable. Word on the grape vine is that the clocks of this card are maintained at 1607 MHz base and 1683 MHz boost frequencies. This would result in a maximum compute performance of 8.1 TFLOPs at the given specifications. Most NVIDIA GPUs usually boost far higher than the rated turbo boost spec but if this is true it is possible that what you read is what you will get with the 1070 Ti - with no dynamic boost occurring over the rated spec. This does not seem to be the case however with this leak as a score of 1886 MHz means you are looking at a compute performance of 9.07 TFLOPs - quite decent.

NVIDIA will not be launching any reference editions this time and all custom AIB cards will be locked to the aforementioned frequencies. The GPU will be launching on the 26th of October, 2017, in a few weeks time and will reportedly retail for $429.