In a surprise unveil, NVIDIA has decided to ditch Intel's Xeon CPUs and go all onboard with AMD's EPYC Rome processors to power its next-generation Ampere GPU powered DGX systems. This will be the first full outing of two next-generation 7nm server products in the same platform featuring insane hardware specifications.

The news announcement comes on the launch of NVIDIA's Ampere GPU which is by far the biggest 7nm GPU ever built. In the presser, NVIDIA revealed full technical specifications of its latest DGX-A100 system that will be utilizing NVIDIA's 7nm Ampere GPUs and AMD's 7nm EPYC Rome CPUs, marking the first time that green team has opted for AMD's server chips for use in its flagship HPC platform.

Proud to have @AMDServer #EPYC “Rome” CPUs in the new DGX servers. Congrats @Nvidia on the new A100 launch and thanks for selecting @AMD as your CPU partner. https://t.co/P3CoFXl1nD

The DGX A100 system will be housing 8 NVIDIA Tesla A100 Tensor Core GPUs which we have fully detailed in a separate post here. The platform will feature a total of 320 GB worth of GPU capacity, that's 40 GB per GPU, and peak performance rated at 5 petaFLOPs (AI) & 10 petaOPs (INT8). There are in total 6 NVSwitches onboard the system, all featured under massive tower heatsinks but let's talk about the CPU side.

This is definitely a huge blow for Intel's Xeon CPUs and shows how much AMD EPYC CPUs have clawed their way in the hearts and minds of the HPC market. Expect more information on the NVIDIA DGX-A100 Ampere GPU powered systems to be posted here soon! 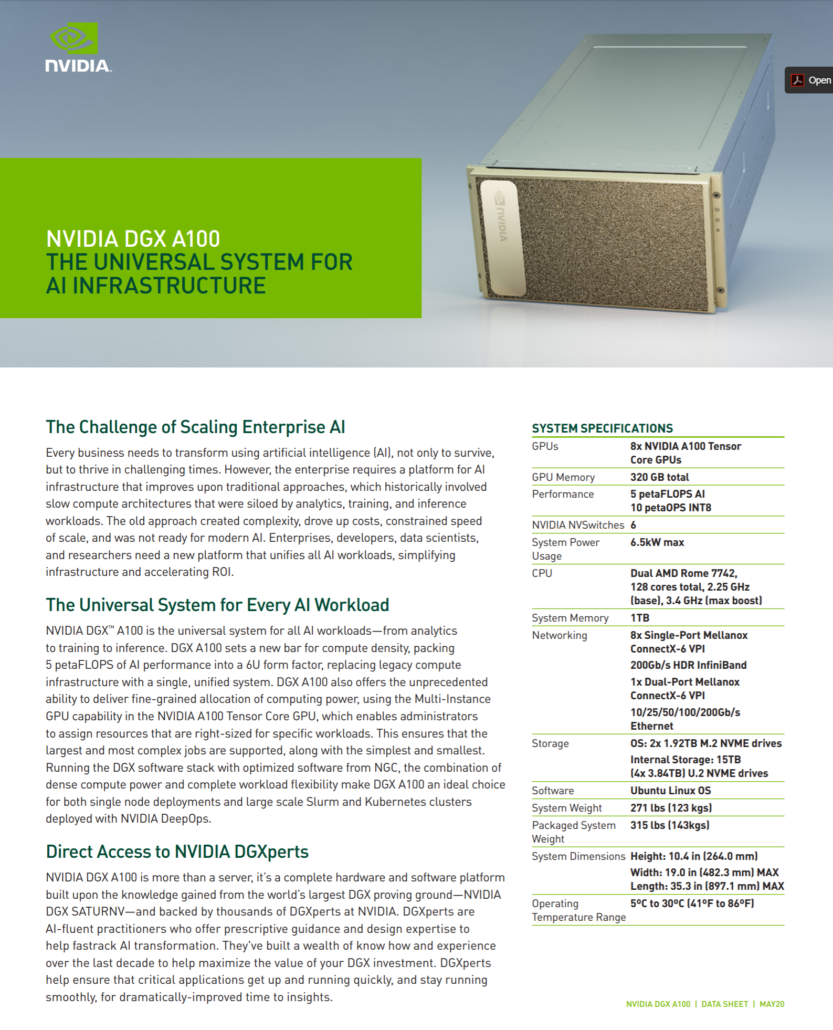