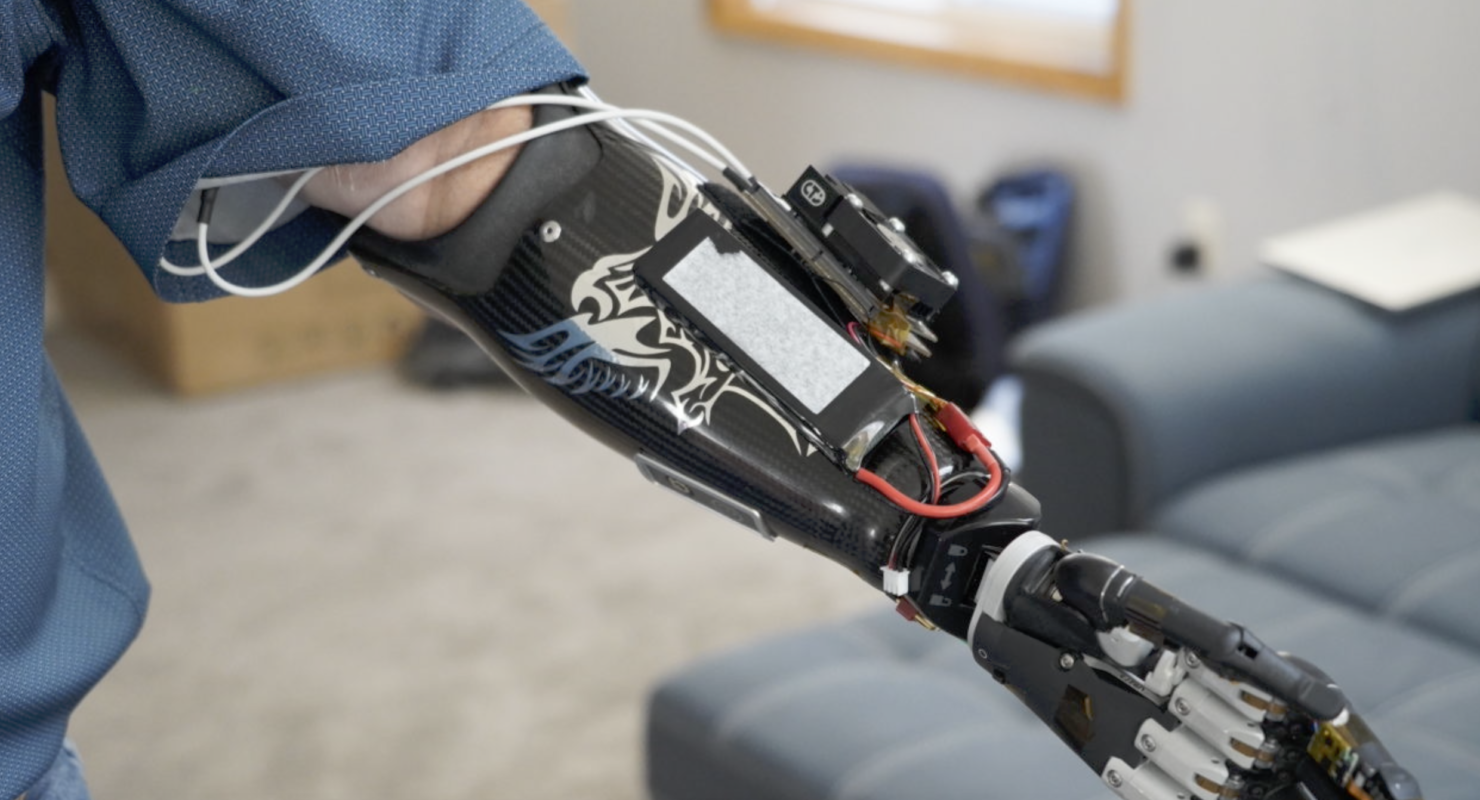 An AI decoder on an NVIDIA Jetson can translate thoughts into real-time actions on products such as bionic arms. Image: NVIDIA Corporation

Chip designer NVIDIA Corporation has beaten its self-set earnings guidance for the previous quarter by roughly $300million. NVIDIA had estimated its revenue for the first quarter of the fiscal year 2022 to be $5.3 billion. However, according to actual data for the quarter, which the company revealed at market close today, it earned $5.6 billion in revenue. Its Gaming and Datacenter segments fuelled record net sales for the first quarter.

The star of NVIDIA's latest earnings report is the company's Gaming segment, which quantifies the revenue earned through its graphic processing unit (GPU) sales. The company is currently in the aftermath of its GeForce RTX 30 series launch, which took place in September last year. In addition, Owing to the ongoing pandemic, NVIDIA and other personal computing companies had to deal with strained global supply chains, which resulted in demand for its products exceeding supply and led to customers waiting for their new products to deliver.

Gaming, which brought NVIDIA $2.5 billion in the fourth quarter of its fiscal year 2021, grew by 11% sequentially in Q1 FY22 to stand at $2.76 billion. The net sales for Q4 marked a 64% year-over-year growth, but for Q1, this growth stood at a remarkable 106%. This indicates the strength of NVIDIA's product lineup and its gaming brand and reflects NVIDIA's belief that demand for its gaming products will continue to outstrip supply throughout this calendar year.

While during its annual investor day earlier this year, NVIDIA revealed that it expected cryptocurrency mining products to bring in $150 million in revenue during the first quarter, the company's earnings report was rather muted in this area.

Briefly mentioning these revenues, NVIDIA wrote as part of its earnings release that:

We believe Gaming also benefited from cryptocurrency mining demand, although it is hard to determine to what extent. 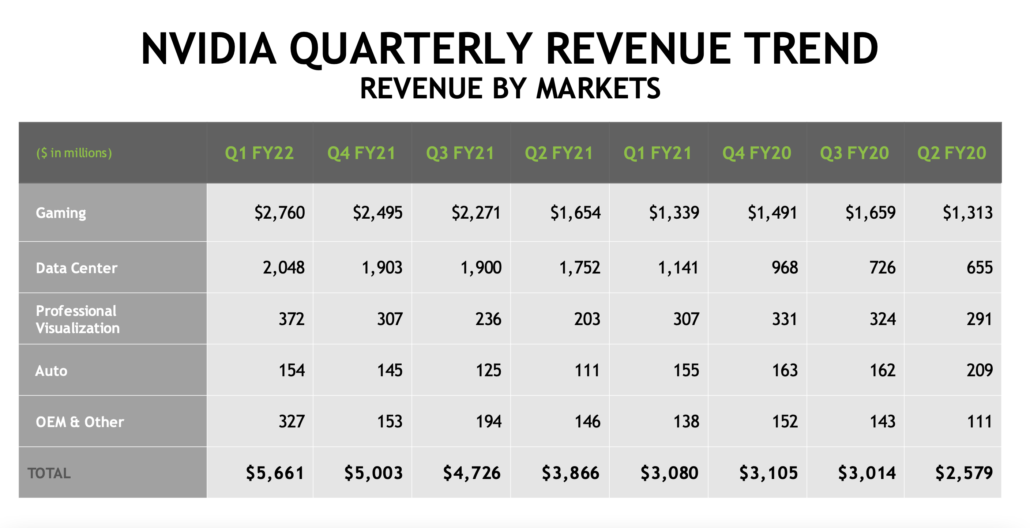 NVIDIA's second strongest segment following gaming was Datacenter. This segment is at the heart of the company's growth plans, as it is eagerly transitioning away from a simple GPU designer to a firm that provides several enterprise solutions. These solutions include products that enable data centers to crunch voluminous information and virtual environments where automakers and other companies can design their products and facilities.

Datacenter revenue stood at $2 billion in the previous quarter, marking for 8% sequential and 79% yearly growth. NVIDIA attributes this growth to its acquisition of Mellanox Technologies and its Ampere lineup's popularity in the enterprise segment.

However, while Datacenter grew to record revenue levels, a strained global semiconductor supply chain ended up negatively affecting NVIDIA's balance sheet. The company reported that it is obligated to purchase $3.5 billion worth of productions as of the first quarter. These purchase obligations stood at $2.4 billion at the end of Q4 FY21, and NVIDIA attributes this growth to longer lead times for data center products.

The company expects to earn $6.3 billion in revenue for the current quarter and slightly improve its gross margin. The company's Form 10-Q filed with the Securities and Exchange Commission revealed that its cash position at the end of the previous quarter was significantly worse off when compared to the fiscal year 2021's first quarter.

Back then, NVIDIA had roughly $15 billion worth of cash and cash equivalents on its balance sheet, and this figure dropped by 94% to $978 million at the end of Q1 FY22. NVIDIA brought in $131 million in cash during the previous, while it had brought in $4.6 billion in the year-ago quarter, with the bulk of the latter being fuelled by $4 billion of debt.