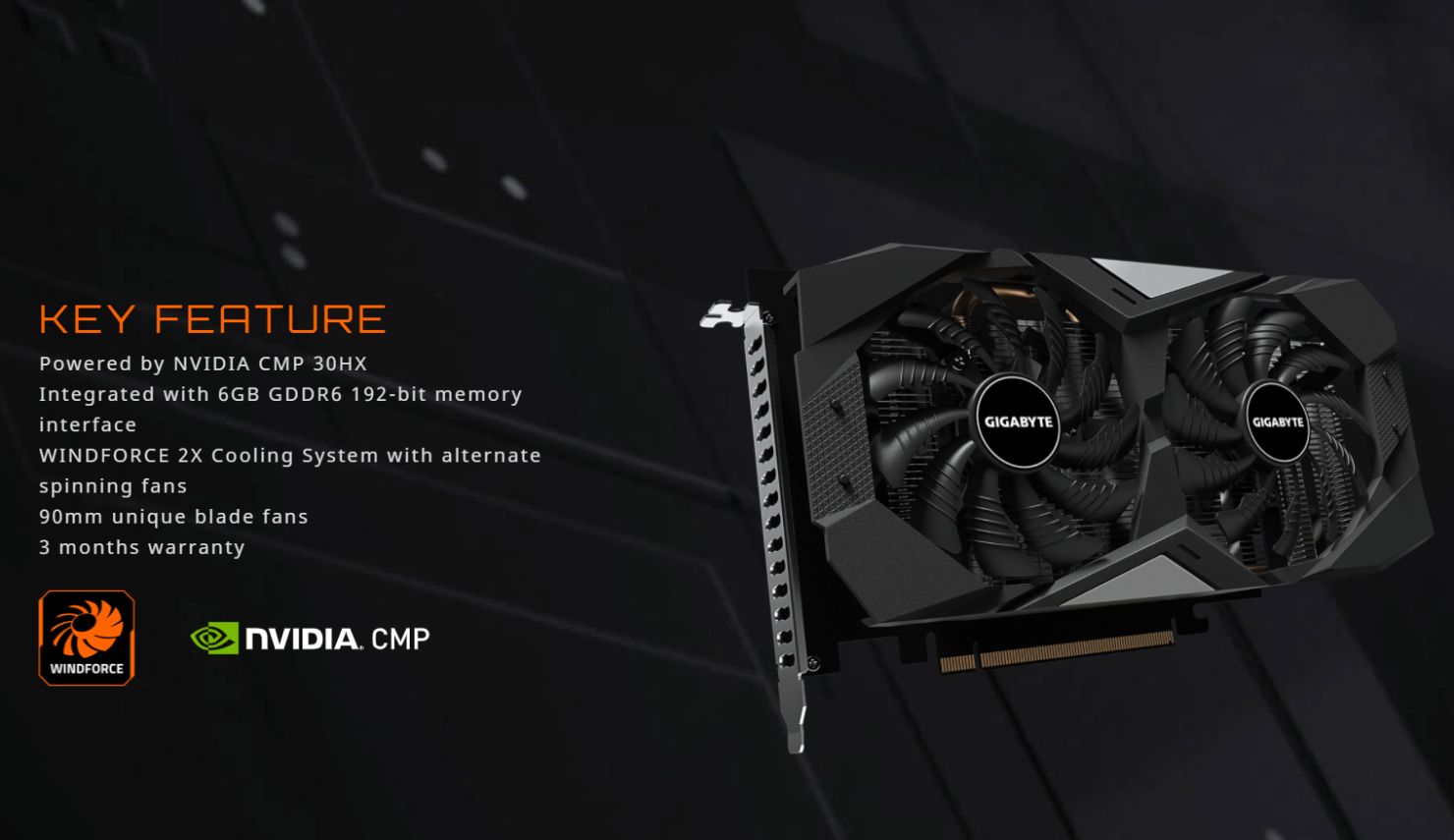 More NVIDIA CMP Cryptocurrency Mining GPUs are making their way to the retail market with the latest one being the Gigabyte CMP 30HX. The graphics card was listed by a Romanian retailer and spotted by Momomo_US.

The Gigabyte CMP 30HX seems to be a rebrand of its Gigabyte GeForce GTX 1660 SUPER Gaming based on the identical clock speeds and the TU116 GPU. The NVIDIA CMP 30HX has a base clock speed of 1530 MHz and a boost clock speed of 1785 MHz. Some key features of the GPU include:

The memory on the card is 6GB of GDDR6 memory clocked at 14 Gbps. The cooler design is a dual-fan cooling solution in an all-black color scheme with no LED lighting. The card does not feature any display outputs and is powered by a single 8-pin connector. We previously saw the Palit CMP 30HX GPU go up on sale featuring similar specs and a dual-slot, dual-fan cooler too. 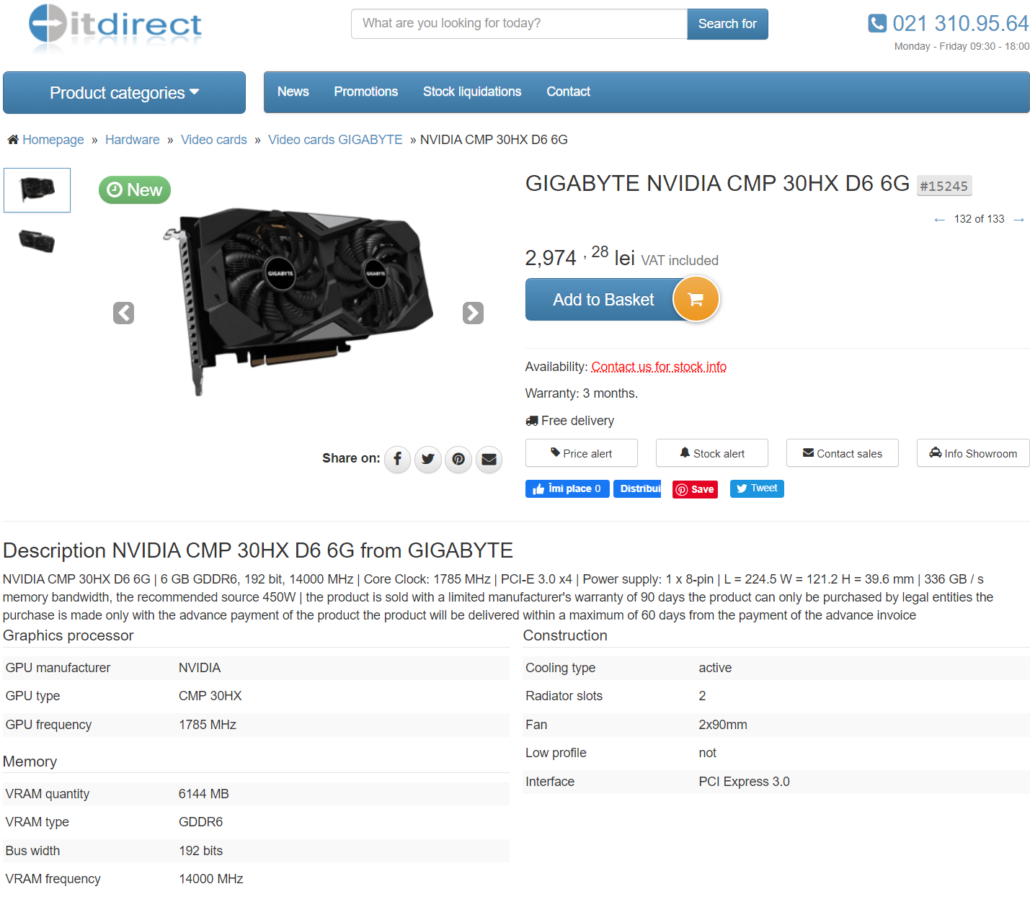 As for mining, the NVIDIA CMP 30HX has a TDP estimated at 125W and is powered through an 8-pin power connector. The mining performance for Ethereum is 26 MH/s which could be boosted, but that is also very similar to the mining performance of a GeForce GTX 1660 SUPER. However, the price for the mining card is listed at 2975 RON which converts to  $720.

The mining performance of this card is extremely unimpressive for its price point knowing that you can just get a GeForce GTX 1660 SUPER that mines the same for less money and resell it in the future to recoup costs when the mining boom slows down. This is why the CMP 30HX makes little sense and gives miners more of a reason to keep going after gaming graphics cards.