The NVIDIA Ampere GA103 GPU is a power-optimized SKU that sits between the GA104 and the GA102 GPU cores. It was officially intended for the mobility segment in the form of the GeForce 3080 Ti chip since the GA102 GPU was a bit too power-hungry for the laptop platform. The chips that aren't making their way to the GeForce RTX 3080 Ti mobility GPU end up recycled by NVIDIA for their GeForce RTX 3060 Ti lineup. 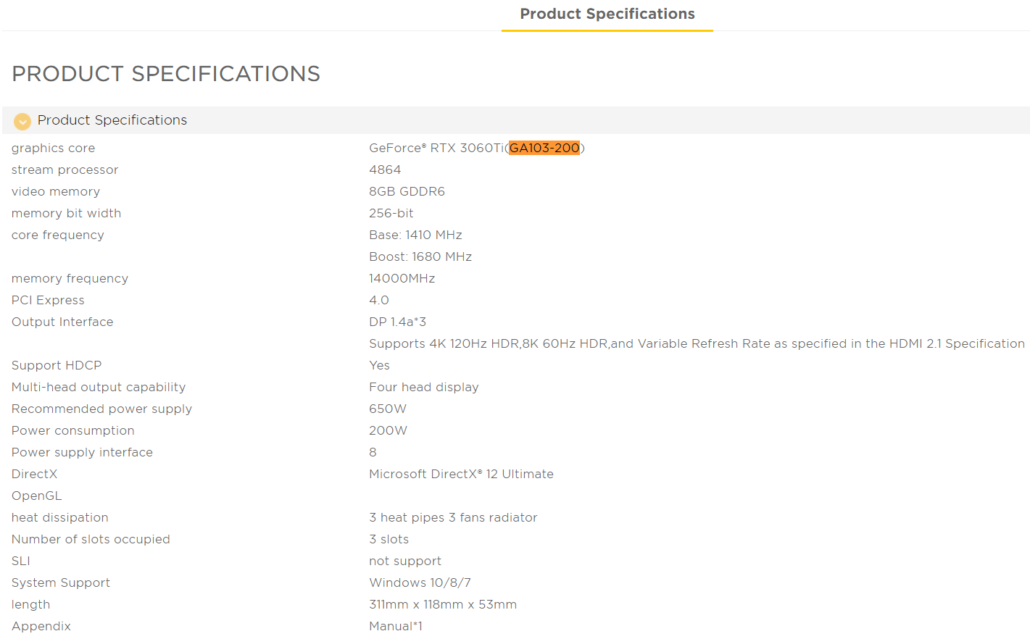 ZOTAC has now listed several custom GeForce RTX 3060 Ti graphics cards that feature the GA103 GPU and more specifically, the GA103-200 variant. The original design came with the GA104-200 GPU core and in both cases, the RTX 3060 Ti ends up with a cut-down core design. The RTX 3060 Ti rocks 1280 lower cores than the full GA104 configuration and 2816 lower cores than the full GA103 configuration. With that said, all models based on the GA103 and GA104 GPU SKUs feature similar specs and besides some internal power and clock management, the high-level specs remain the same. Following are the variants from ZOTAC that are equipped with the GA103 GPU core:

While the NVIDIA GA103 & GA104 variants can be distinguished by their product names with the former using an 'X' at the end, it looks like having both GA104 and GA103 GPUs going into the RTX 3060 Ti graphics card will help improve the supply of the graphics card further. As of now, only the ZOTAC China outlet is listing this card which means that it may be intended for a specific market, mainly APAC (Asia Pacific) and it remains to be seen whether we will see any GA103 based graphics cards in other markets or not.