NVIDIA Ampere: 2X Ops Per Clock For A Resounding 30 TFLOPS GPU With 58 TFLOPs Of RayTracing 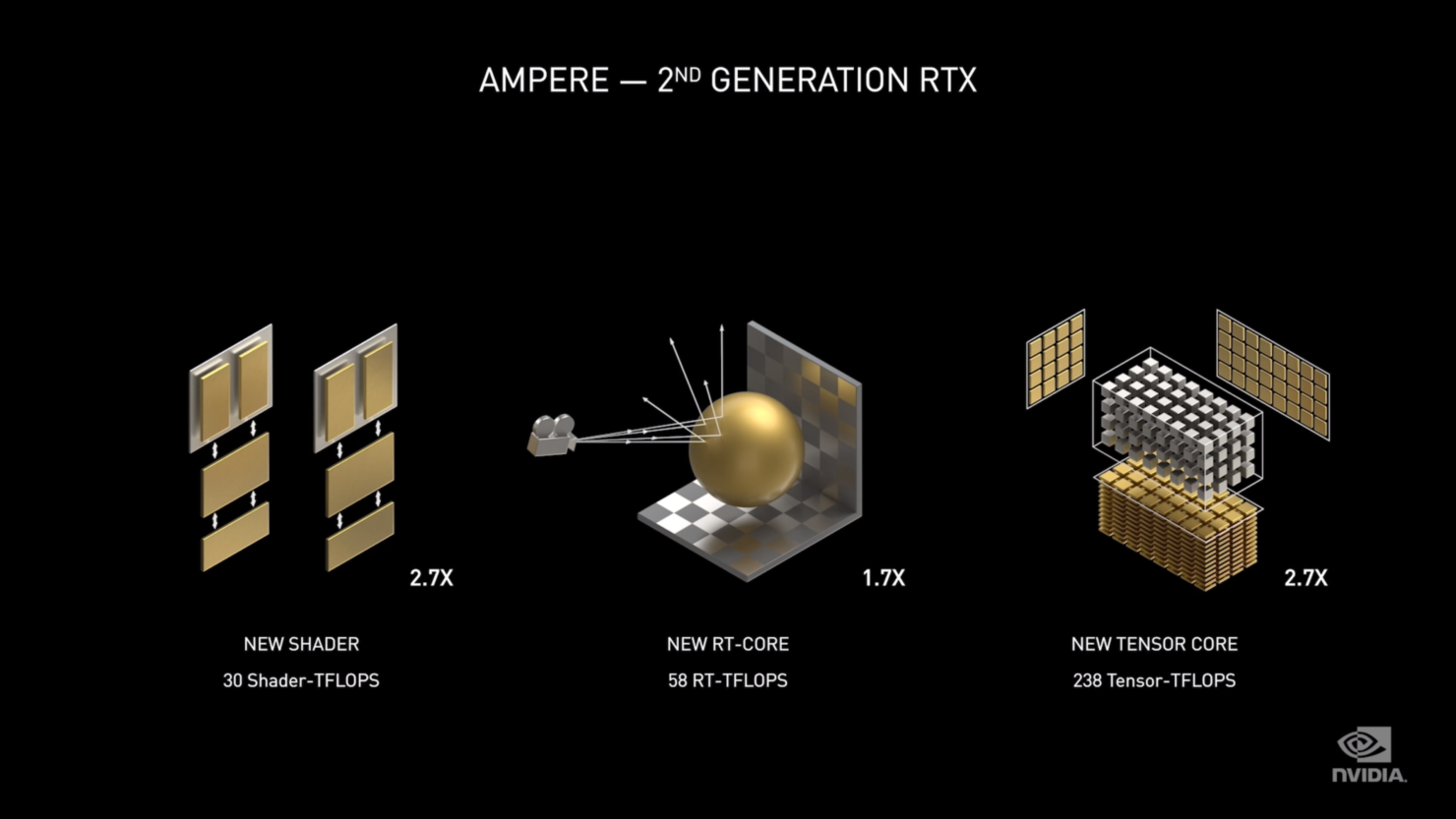 We had a feeling NVIDIA was hiding an ace up their sleeve and it looks like Jensen gets the final laugh after all. NVIDIA Ampere GPU doubles the amount of operations per clock which basically increases its performance to a resounding 30 TFLOPs of single-precision FP32 compute.

NVIDIA Ampere doubles everything with 30 TFLOPs of Raster, 58 TFLOPs of RT and 238 TFLOPs of Tensor performance 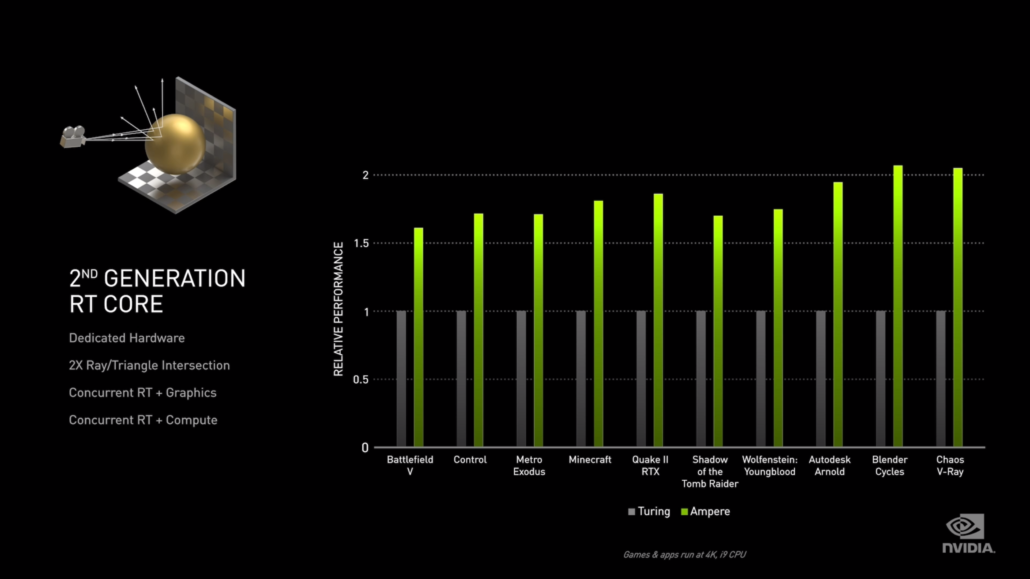 The company also had a couple of benchmarks and a gorgeous marble demo to show that the new and improved RT cores can actually render fully raytraced scenes (finally!) while not sacrificing raster performance. 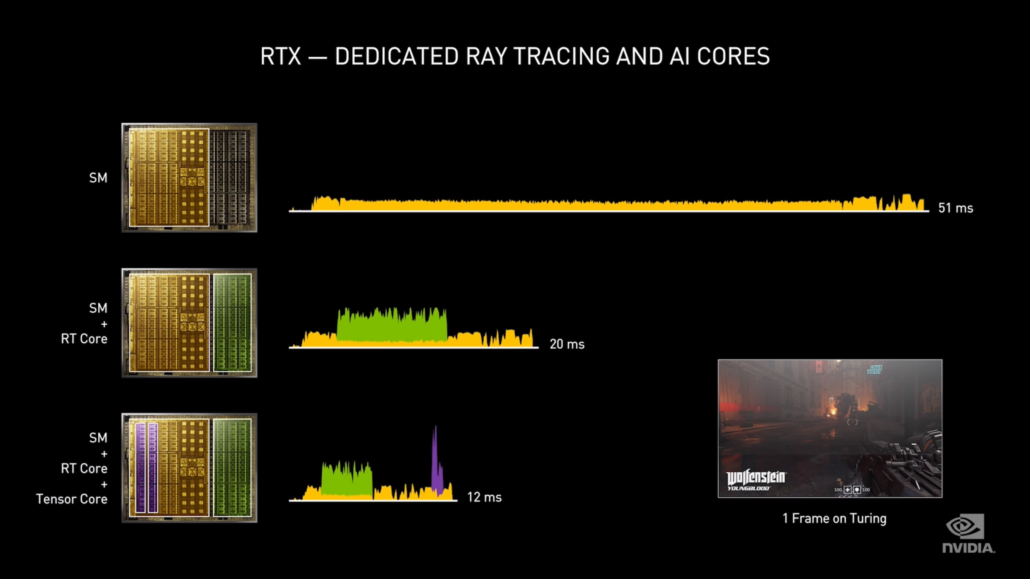 While Turing did not have the power to usher in an era of fully raytraced games it looks like Ampere will be doing just that. With more than twice the power of the RTX 2080 Ti at the same pricing level. This is clearly a game-changing level of performance upgrade and a 100% performance improvement for the same price.