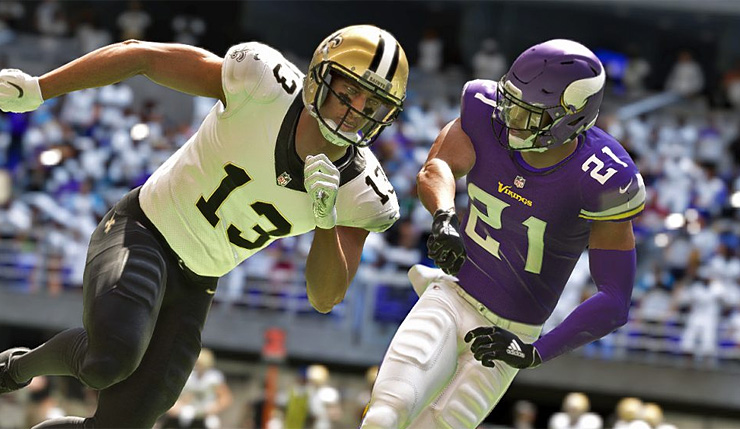 The NPD Group has released their full North American sales data for August 2020, and once again numbers were up big-time year-on-year due to players being trapped at home by COVID-19. Players spent $3.3 billion on games, additional content, and hardware in July, up 37 percent year-on-year. The Nintendo Switch was the top-selling console as usual, and in fact, it broke the dollar sales record for August, which was previously set by the Wii back in 2008.

On the software front, August was dominated by EA Sports titles, with Madden NFL 21 debuting at #1 and EA Sports UFC 4 at #2. The only other new entry on the list was PGA Tour 2K21 at #14. The rest of the top 5 were rounded out by Call of Duty: Modern Warfare at #3, Ghost of Tsushima, which dropped from #1 last month to #4, and the rock-solid Animal Crossing: New Horizons at #5. The biggest drop of the month was The Last of Us Part II, which fell from #4 to #12. Meanwhile, a number of older titles including Final Fantasy VII Remake, Super Mario Odyssey, Super Mario Party, and Luigi’s Mansion 3 returned to the list due to sales and/or general high interest in the Switch.

Here are August’s top 20 games according to NPD:

Sports and Nintendo, two constants in life. Expect both to dominate September as well! It will be interesting to see if Nintendo can continue to kick ass once Microsoft and Sony’s new next-gen consoles come out.