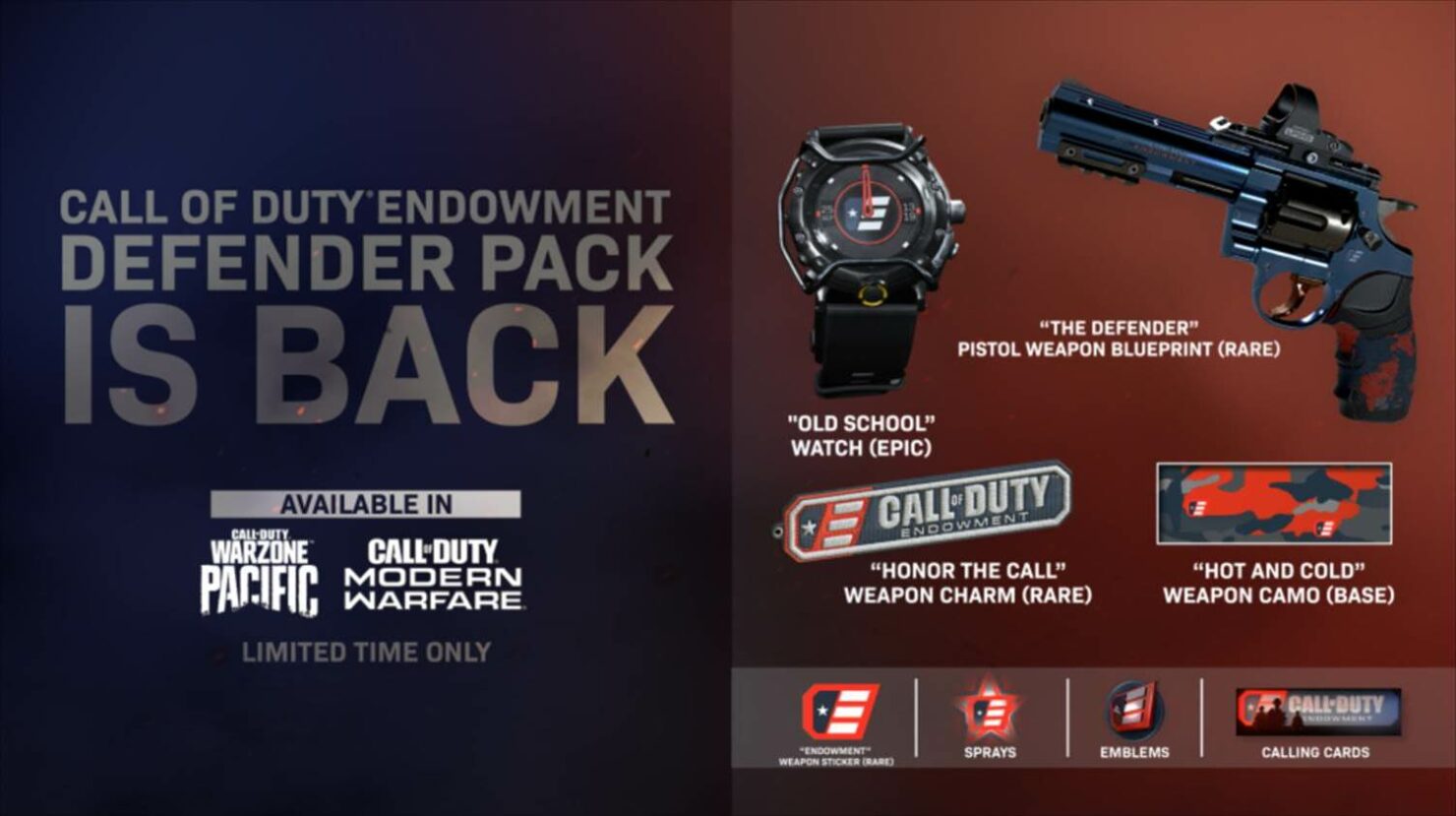 Call of Duty is probably one of the world’s largest video game series, despite its latest ventures not doing as well as they could be. Activision Blizzard, the game’s developers, also do various ventures for their big cash cow, Warzone, including crossovers and new content. This brings us to today’s update.

Activision Blizzard decided to reveal the results of their Call of Duty Endowment program. The Endowment program’s mission is to place unemployed and underemployed veterans into high-end jobs meant to utilize their skillsets. Activision Blizzard not only is committing $30 million to support the cause until 2027 but also revealed that their efforts have helped 100,000 veterans find work (or better jobs), two years ahead of their goal.

To celebrate (and also because we’re in Military Appreciation Month), the Call of Duty developer is re-releasing a cosmetic pack known as the C.O.D.E. Defender Pack, usable in both Call of Duty Modern Warfare (2019) and Call of Duty Warzone. There’s a new trailer to go with the announcement, which you can watch below.

Part of the update on the website reads as follows:

Help the Endowment reach its goal of placing another 100K vets and more by purchasing the C.O.D.E. Defender Pack. One hundred percent of net proceeds will go directly to the cause, aiding the Endowment’s mission of placing unemployed and underemployed veterans from the United States and United Kingdom into careers that best utilize their tremendous skill set.

For a limited time, you can purchase this pack and obtain the following cosmetics: