With thumbprint verification having made its way onto mobile devices last year, and the feature already being present on notebooks before, looks like things are going to get even better for those who just love to unlock their devices with the swap of a thumb. Even though concerns about privacy and security exist in today's fingerprint identification systems, we can expect these to be alleviated once the technology becomes more commonplace. 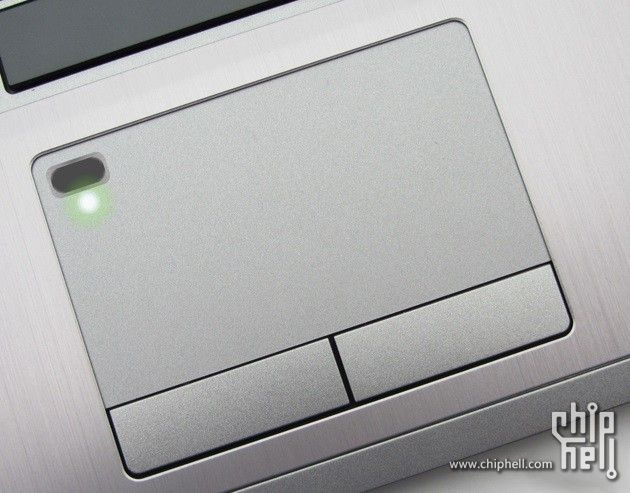 And looks like fingerprint readers on your laptops, notebooks and ultrabooks might become common sooner than you think. Well known manufacturer when it come to touchpads, Synaptics has announced new touchpad hardware, with the SecurePad, which has fingerprint scanning built in.

The SecurePad module will be built into your notebook's touchpad and will be located on the top left corner, as shown in the image above, courtesy of Chiphell. Since the module will be built using capacitive touch, so you will be able to place your finger at any angle on the sensor to make it recognize your print.

As far as to what devices will be using the Synaptic SecurePad, we can expect a host of manufacturers to adopt the technology with their notebooks next year. Synaptics has said that the SecurePad is available officially to its OEM partners, which should include almost all the major names out there. First adopters of the SecurePad can be Intel and Google, with the technology featuring on the former's Ultrabook and the latter's Chromebook respectively.

With CES just around the corner, you should keep your eyes peeled for any new notebooks adapting the SecurePad. 2015 sounds to be an exciting year indeed. Let us know what you think about the Synaptic SecurePad in the comments section. We'll keep you updated.