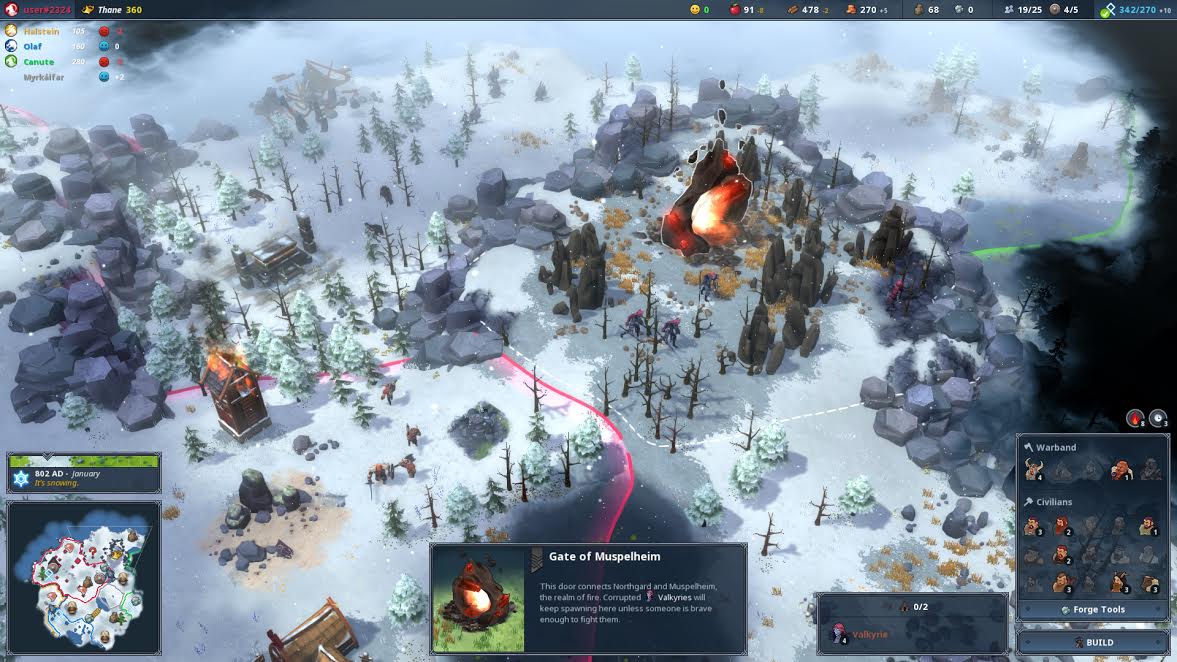 Where my Vikings at? Shiro Games just announced that their Viking RTS, Northgard, is now available on Steam Early Access.

Northgard is being touted as Civilization 6 with a lot of Viking influence. Here you take control of a small Viking clan who just settled in a new and unknown land. Once you establish a settlement, you'll need to set out and gather resources and contend with rival Viking clans.

Here's what to expect in the Early Access version of Northgard :

Nicolas Cannasse, co-founder of Shiro Games, shares what he hopes the Early Access will bring to the game's development:

We have always been fans of strategy and simulation games, and with Northgard we have taken what we think are all the best bits, and added a lot of cool Viking themes and fantasy to the mix. Launching on Early Access will allow us to get direct feedback from our players which we’ll use in fine-tuning the development of Northgard. Not only that, we’ll also be bringing lots of cool new features to the game in the coming months, like new clans to play around with and a story driven campaign amongst other things.

Northgard is out now on Steam Early Access for $19.99. Shiro Games is looking to add new features such as new playable clans, improved diplomacy and trading systems by its full release later this year.