The speech started with Brad Molen praising Windows Phone as the fastest growing OS in the world, with more than 10% share in several countries across Europe. 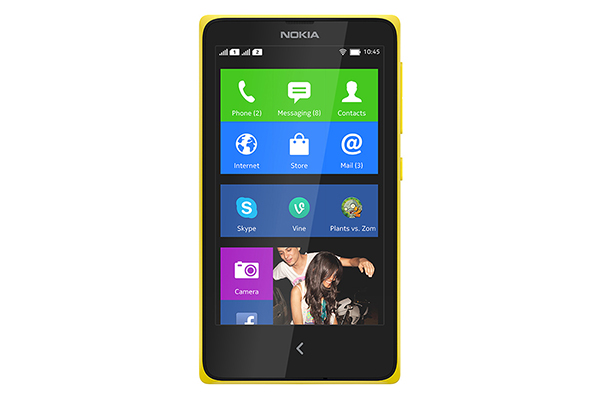 This just in, BBM, Photoshop Express and Food Panda will be coming to the Lumia Series including the imaging SDK 1.1 which has optimized filtering and reframing. The SDK is available for download today.

Nokia announced the Nokia 220, which is perhaps the cheapest internet-ready phone with a 2.4” display with pre-installed Facebook and Twitter. It will have a single and dual-SIM variant. Nokia also announced the most affordable touch device called Asha 230. It will be started in April.

Moving on to the main event, Nokia announced the Nokia X with green and cyan versions of the smartphone. If you kept a tab at the rumors, know that the phone looks exactly like that. It runs Android apps and a lot of popular services from Microsoft with a lot of detail and colors; yellow, white, black and read. It has a 4” touchscreen with extra memory in form of a MicroSD. Nokia has added their own stuff to the Nokia X and it features Here Maps, and MixRadio. Skype and Outlook will also be offered. The Nokia X features a glance screen just like the Lumia devices. It also features a lock screen that looks a lot like Asha with notifications and swipe to get to the tile-based homescreen. That’s probably an influence from Microsoft. The homescreen can be personalized by holding the tiles and moving the around the screen. The tiles can be resized just like on the Windows Phone. The photos tile will feature pictures from your camera roll at random and it can be resized. Folders and widgets are also supported. You have the Fastlance which will act as the notification bar.

Nokia also announced the Nokia XL. It is sporting a 5-inch screen with a 5 MP camera and 2MP front camera. The 5-inch display on the Nokia XL is WVGA IPS. The phone features an LED flash. The X will be available immediately and anyone purchasing the device will get a month long subscription for Skype and 10GB free on OneDrive Storage.

Sky: Children of the Light Is Getting a PlayStation Release Soon