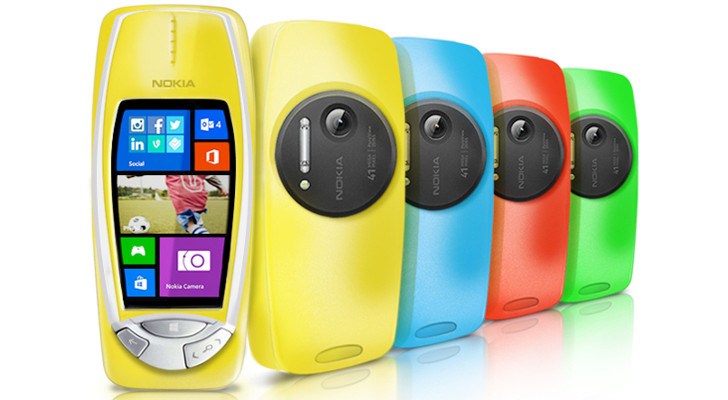 It's a good year for mobile. We're getting 10nm processor in 2017, which will bring a lot of performance and power efficiency upgrades. Smartphones will enter a new era of design, as Apple and Samsung switch to button free front facades. And, finally, Nokia's undergoing a much due revival. HMD Global's playing its cards just right with the brand and today, we've got more news on what to expect from the Nokia 3310. Take a look below to find out more.

A couple of months back rumors claimed that Nokia will launch up to seven devices this year. HMD Global's acquisition of the brand looks to turn things around for the good. The Nokia 6 is a massive success in China and the folks over there can't seem to get enough of the smartphone. Rumors of a Nokia P1 or a Nokia 8 are also floating around. The device will be the company's first serious attempt at a flagship smartphone, after being freed from the shackles of Windows and Lumia.

In addition to the Nokia 8, the Finnish brand will also revive the Nokia 3310 at the MWC. Rumors of a refresh for the iconic smartphone have surfaced consistently to make us believe that they might be worth their salt. The Nokia 3310 is a mobile legend, with the phone's durability and battery life being unbeaten to a great extent. Of course, when there's little that you can do with your device when compared to today's smartphones, the battery will last you a week.

The Nokia 3310 will also retain the original device's swappable faceplates. It allows for a lot of customization for your smartphone and resulted in a variety of different looks for the same device. The Nokia 3310 will also feature a color screen and launch in a variety of colors. It's going to be a nice secondary device for users who need a bit of mobile history in their lives. Thoughts? Let us know what you think in the comment section below and stay tuned for the latest. We'll keep you updated.