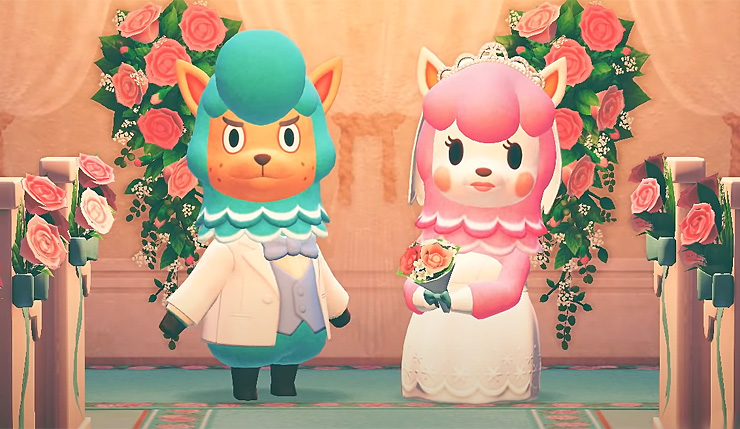 Nintendo has revealed the contents of Animal Crossing: New Horizon’s April update, and it’s a big one! The update will add a couple new shops -- Jolly Redd's Treasure Trawler, which will sell you a variety of (possibly counterfeit) art, and Leif’s Garden Shop, which will sell you various bushes and flowers to spruce up your island. Of course, with art being reintroduced to Animal Crossing, Blathers is expanding the Museum to display your favorite pieces. You can check out all the new features coming in the trailer, below.

In addition to the new shops, the new update adds a variety of events which will kick off over the next month-or-so. Here’s Nintendo’s official descriptions of the events:

Most of the new events seem a little more low-key than the Easter event, but they should also be less disruptive (those…damn…eggs). Also, come on, the Wedding event should allow players to get married – me and Shari definitely have a thing going!