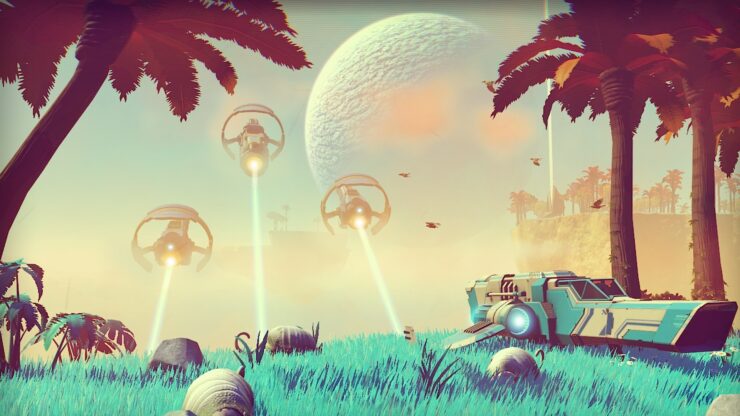 The second half of the year is going to be filled with plenty of very good video games, ranging from highly anticipated AAA titles and smaller, but no less interesting titles. Amazon UK customers, however, have a pretty good idea on which among these titles is their most anticipated for the remainder of 2016.

Amazon UK customers have been asked to vote for their most anticipated game of the year with their E3 2016 Gaming Bundle Prize Draw and it's been revealed today that the soon to be released space game No Man's Sky, currently in development by Hello Games, is customers' most anticipated 2016 video game. The game has been named ahead of other heavy hitters such as Battlefield 1, Final Fantasy XV, Mafia III, Call of Duty: Infinite Warfare and Watch Dogs 2, proving that a unique concept can even rival with franchises that have been around for quite a long time. The list mysteriously also includes games not launching this year, like The Legend of Zelda: Breath of the Wild, Mass Effect Andromeda and Ghost Recon Wildlands.

No Man's Sky was originally scheduled for a June 21st release, before getting delayed to early August on both PC and PlayStation 4. Some didn't take the delay too nicely, with Hello Games' Sean Murray receiving death threats following the delay's confirmation.

No Man's Sky launches on PC and PlayStation 4 next month.