2 hours of NioH Alpha gameplay has surfaced online, and included in the Alpha is the option to play in either 'Movie mode' or 'Action mode'. 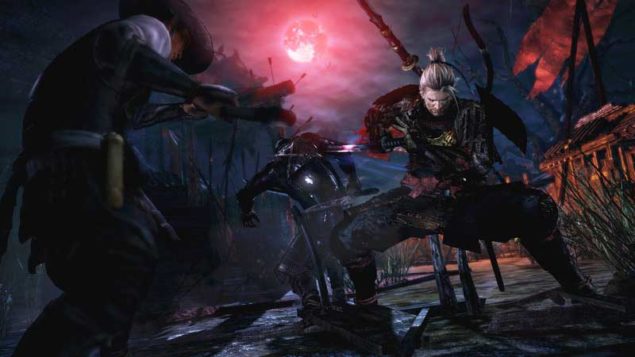 The NioH alpha launched yesterday, and already gameplay has surfaced online from Team Ninja's action-RPG.  Check out 2 hours of NioH Alpha gameplay down below (thank you AllGamesDelta).

Interestingly enough, players are able to play the game in Movie Mode or in Action Mode. The movie mode prioritizes for resolution, while the Action mode focuses on frame rate. Judging from a frame rate test performed by VG Tech, the fps in movie mode sits around the 30 FPS mark. The action mode achieves higher frame rates, but also drops to 30-40FPS in action-packed scenes.

NioH was officially announced during last year's Playstation Experience in San Fransisco, and will be exclusive to the PS4. In the game, players will traverse war-torn Japan as William, a blonde-haired swordsman whose background as a fierce warrior and seasoned knowledge of the blade allows him to survive in the demon-plagued land of the samurai. Known as Yokai, these demons inhabit a number of dangerous locations and lie in wait in the shadows to ambush unsuspecting victims. Players will also face off with other samurai in supernatural sword battles and intense, multi-target engagements offering a level of difficulty that will truly test even the most hardened samurai’s skills, patience, and strategy.

NioH is scheduled for a release this year. As said, a demo (Alpha) of the action-RPG is available now through the PS Store.

Ready to die? Experience an early version of the newest brutal action game from Team NINJA and Koei Tecmo Games. In the age of samurai, a lone traveler lands on the shores of Japan. He must fight his way through the vicious warriors and supernatural Yokai that infest the land in order to find that which he seeks.

The demo is available till May 5th, and players who clear a stage in this demo can download The Mark of the Conqueror, which will entitle them to a reward in the final game.