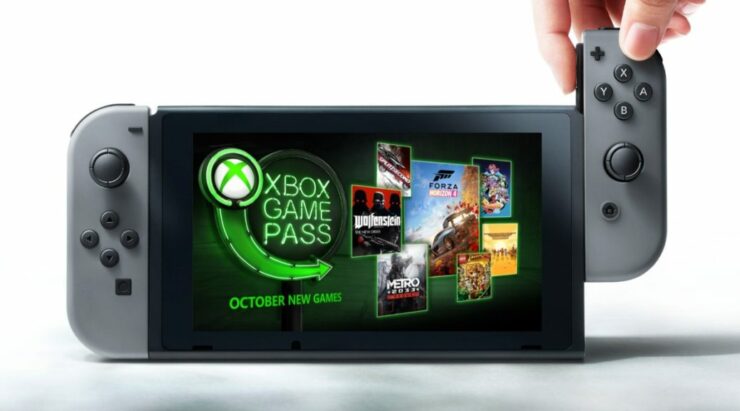 [Update] French gaming website Jeuxvideo now reports that a high profile Microsoft franchise will release on the Switch. According to the website this could either be Forza, Halo of Gears. Whether this will be an Xbox One or Xbox 360 release is unknown. The site also claims that Ori and the Blind Forest is indeed coming to Nintendo’s hybrid platform alongside 2017's Cuphead. Additionaly, it is being reported that more than 100 Xbox games will be available on the Switch through the Gamepass/Project xCloud.

[Original story] A Nintendo Switch Xbox Game Pass and Xbox App are allegedly being planned by Microsoft, according to Direct-Feed Games.

The media outlet reported as much in a new YouTube video. The report was later backed up by GameInformer’s Imran Khan – the reported who recently claimed that Nintendo is planning to revive a dead and buried game.

We’ve included the video from Direct-Feed Games down below:

Direct-Feed Games is run by ResetEra user NateDrake, who later expressed his belief that the Switch Gamepass and the upcoming Project xCloud might be one in the same. In the same post, NateDrake also mentioned the release of Ori and the Blind Forest on Nintendo’s hybrid platform.

“It is my understanding GamePass/xCloud for Switch may be one in the same -- as in GamePass will use xCloud to bring the software to the system, but not 100% on that”, he wrote.
“Ori will be normal, published release.”

If this report is true, it’s a big thing for both Nintendo and Microsoft indeed.

We’ll report once we learn more about this matter.

Which Xbox titles would you like to play on the Nintendo Switch? Do you believe this report is legit? Hit the comments below.