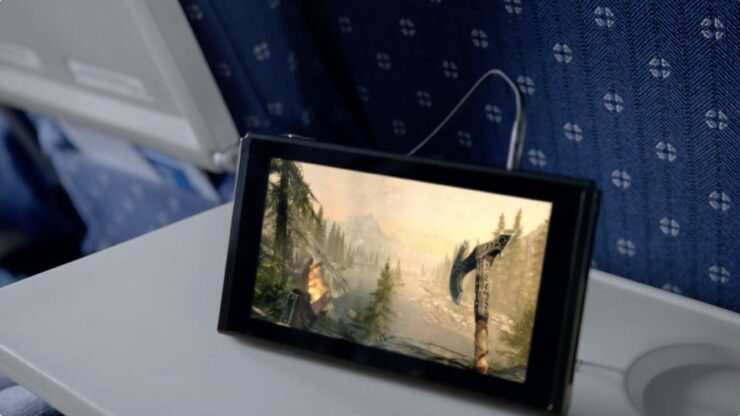 Earlier today, it's been confirmed that other important Nintendo Switch details will be coming during a special Nintendo Switch Presentation that will be held on January 12th, such as release date, price and more. While Nintendo won't say more about its next console until then, we are still managing to learn something new on the console almost daily thanks to leaks.

The latest Nintendo Switch leaks focus on the console storage options. According to a recent report by Laura Kate Dale, who has been revealing some Nintendo Switch details in the past few days, the console's dock may not support USB Hard Drives, due to Nintendo not wanting players to see the system as less inherently portable. Nintendo also wants players to be able to access games quickly when changing modes, avoiding syncing waiting times.

While this is definitely disappointing, it seems like the Nintendo Switch storage options will be, at very least, much better than the ones featured by the 3DS and New 3DS consoles. According to yet another report, the Nintendo Switch will support Micro SDXC card up to at least 128 GB size, as this is the upper limit of the development hardware. Judging from the lack of USB Hard Drives support, Nintendo may decide to up the limit in the final console.

Where the New 3DS supported Micro SD up to 2GB and Micro SDHC up to 32GB, the Nintendo Switch development hardware supports Micro SDXC cards up to 128 GB in size. It is currently unclear if this upper limit will be reduced on the retail model, but the development model of the Switch does support running software directly off the Micro SD card as you would off the internal memory or a game cart.

The Nintendo Switch launches on a yet to be confirmed March 2017 release date in all regions.