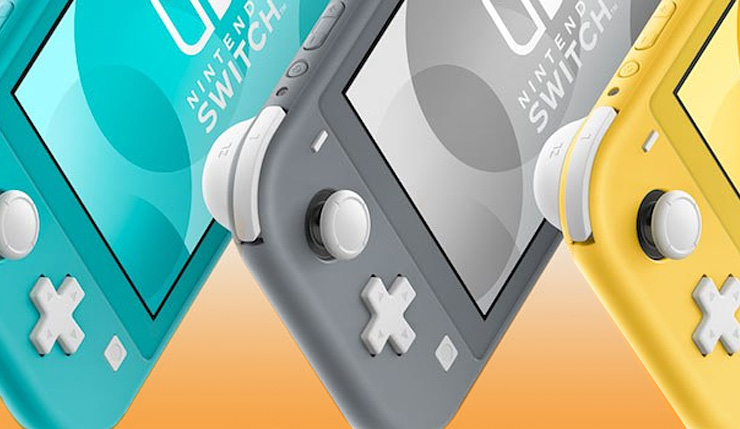 If you own a Nintendo Switch, you’re likely all-too-familiar with Joy-Con drift. The issue, which usually results in the Joy-Con drifting continually to the left, seems to effect most, if not all, of the itty-bitty detachable controllers with enough use. I can personally attest to the problem, as I’ve already had two left Joy-Cons start drifting. There are various home remedies (of varying usefulness) for Joy-Con drift, and you can send your controllers to be fixed by Nintendo, free of charge, but it’s still a frustrating issue.

Many were hoping the new Nintendo Switch Lite would offer a solution of sorts to the problem. The system’s controls are permanently attached, so surely Nintendo would ensure they were sturdier? Well, that might not be the case. YouTuber Alexis Javier recently posted a video, which seems to show a Nintendo Switch Lite being afflicted by analog stick drift only two days after being purchased. You can check the video out, below.

Obviously, analog stick drift becomes a much bigger problem if it’s still affecting the Switch Lite. It’s one thing to have to get a new $80 set of Joy-Cons – it’s another thing altogether to have to buy another $200 system, transfer all your games and info, ect.

Now, before we fly into a panic, it should be stated that we don’t know for sure if our YouTuber’s Switch is being affected by the same issue that causes Joy-Con drift. Maybe he just had a defective unit. So far, Switch Lite drift issues haven’t been widely reported, but then again, the system only came out three days ago and instances of drift tend to increase with wear and tear. So yeah, this may be nothing, or it may become a more serious problem with time.

Wccftech’s Dave Aubrey didn’t note any analog stick drift in his review of the Nintendo Switch Lite, which he deemed a solid option for those looking for a second Switch…

The Switch Lite is a great secondary Switch, though for many the inability to dock to a TV will be an understandable deal-breaker. It's comfortable, aesthetically stylish, and plays games great, but it makes it awkward to play local multiplayer games and without detachable Joy-Con it loses loads of existing functionality. A great gift for kids, perfect for those who wish to play a Switch by themselves in handheld mode, but for many, the original model will still be the better choice.

What do you think? Is the possibility of Nintendo Switch Lite analog drift enough to put you off a purchase?