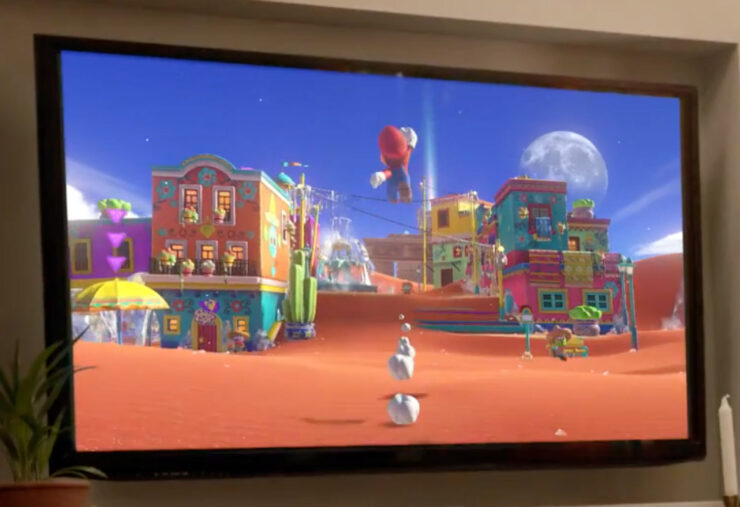 This week we have learned that The Legend of Zelda: Breath of the Wild will likely miss the Nintendo Switch launch due to it being one of the most ambitious games ever developed by the Japanese company, but it seems like those who will purchase the console at launch will have plenty of games to enjoy in the first few months, according to a report from a reliable source.

Earlier today, Laura Kate Dale, who correctly revealed plenty of Nintendo Switch information, revealed that the 3D Mario game that has been shown in the Nintendo Switch reveal trailer will be among the console's launch titles. More details on this yet to be named games have also been revealed.

The title will apparently feature a 3D open world hub from which different worlds can be selected, with multiple objectives to complete in each, much like Mario 64 or Mario Galaxy. This may seem obvious, but we share this information to specify that this will not be a Super Mario 3D World-style game where the action is in 3D, but each stage is a linear path designed to be completed a single time.

The multiplayer teased in the trailer will be a co-op version of the main game, with both players able to work together toward objectives, but with a form of tether to keep the players from going too far from each other. Player two’s gameplay will not hold player one back from progress, but player two can be the one to complete an objective and be shown as receiving the level end reward. A screen will then show how much of the progress toward that success was down to each player, like how many red coins each player collected in a red coin stage.

Laura Kate Dale also confirmed that the Skyrim port is indeed real and that it's planned to launch alongside the console. Mod support won't be in at launch, and when it will become available it will be limited to existing in-game assets.

Also, that Skyrim port Bethesda refuse to confirm is real is totally happening. We’ve heard it’s planned to be a launch day release for the system, to mirror the recent remastered version of the game, and to allow mods at some time post-launch. Mod support for Skyrim will not be there from day one, and much like the PS4 will be limited to mods made using existing in-game assets.

Additionally, Nintendo is planning to release higher priced bundles alongside the regular SKU. One of these will include a new version of Splatoon, which will also apparently feature additional single player content not available in the Wii U release.

Another reliable source, Emily Rogers, has also revealed that a Switch port of Mario Kart 8 will be released soon after the console's launch. The port will include brand new content such as new characters and tracks as well as a revamped Battle mode.

The Nintendo Switch console launches during March 2017 in all regions.