Nintendo Is Reportedly Developing The Legend Of Zelda Game For Smartphones 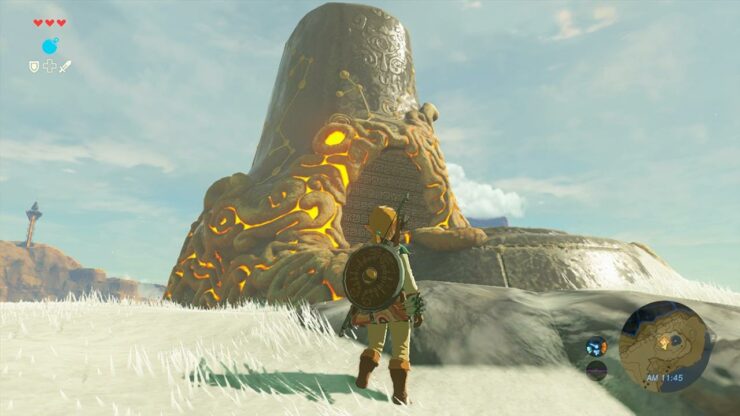 Followed by the successful release of Breath of the Wild, Nintendo is in the works to bring the popular 30-year old Legend of Zelda franchise to smartphones. The report comes from The Wall Street Journal and the game is most likely to be released following the forthcoming mobile version of the Animal Crossing which is expected to arrive in the latter half of this year. So let's dive in to see some more details on The Legend of Zelda title for smartphones and what more would it have to offer.

Last month, Nintendo CEO, Tatsumi Kimishima stated that the company plans to release two to three new mobile games in the financial year ending March 2018. However, at this point in time, the details are a little thin but according to the sources familiar with the matter, we can anticipate the game to come hot on heels of Animal Crossing's mobile version release.

The Wall Street Journal does not shed enough light on the details of the game. However, there are certain aspects that we can expect from the company. This is due to the fact that it's not Nintendo's first time in the mobile gaming category. With the release of its free-to-play game, Fire Emblem and the highly popular endless runner, Super Mario Run, Nintendo has gained a lot of traction in mobile gaming.

In addition to this, since both of the present games from Nintendo, Fire Emblem and Super Mario Run, feature different pricing strategies, we're not sure how the company would deal with The Legend of Zelda. Nonetheless, the popularity of the title is enough for the company to get Nintendo fans excited.

The Legend of Zelda is the company's one of the most successful franchises and since 1986, the title has seen steady releases. Nintendo has made the title mobile on its various handheld consoles. Legend of Zelda is a great title to play and we hope the smartphone version of the game is just as good as the one on the consoles.

There will be more to the story, so be sure to stay tuned in for more details. This is it for now, folks. What are your thoughts on Nintendo developing The Legend of Zelda for smartphones? Do you think it will be a neat addition? Share your thoughts with us in the comments section below.